Clue: This performing arts center, designed by an American architect of impressive political savvy, serves as a kind of abstract sculpture atop a vast Modernist plaza. In the years since its completion in the 1970s, it has become a symbol of the often-overshadowed city in which it is located.

Last month's answer: The architect of the Duke University Chapel is Julian Abele, who was chief designer in the office of the Philadelphia architect Horace Trumbauer. Abele was one of the most prominent Black architects in the United States in the early 20th century, and he designed a number of buildings across the Duke campus—but he nonetheless faced racist restrictions that limited his ability to visit the university. 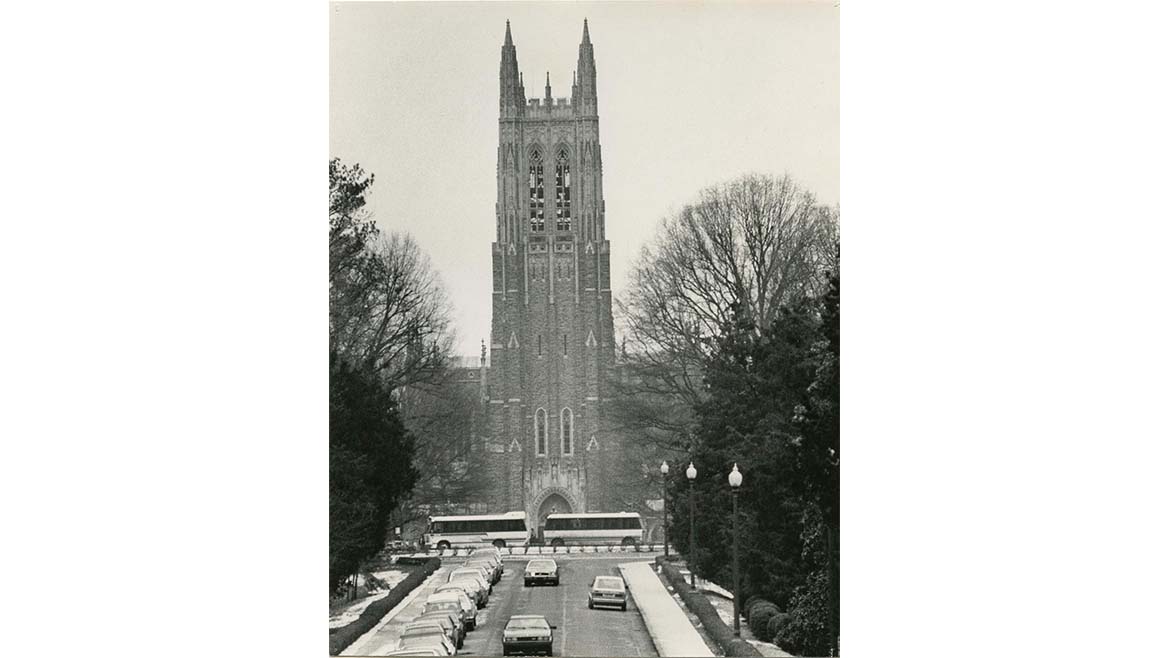 Photo © Archives of the University