Though photographs of the Brutalist Paris suburb of Ivry-sur-Seine regularly circulate on Instagram, its plant-covered pyramidal apartment complexes still wowing in their 1970s audacity, few know the name of the woman who made it all possible. Renée Gailhoustet, who died on January 4 in her Ivry home at the age of 93, was municipal architect from the 1960s to the 1980s, overseeing the radical transformation of the Communist borough, whose center was entirely redeveloped under her watch. Besides being one of the few female architects to make a significant career in what was then an all-boys profession, Gailhoustet was equally atypical in her decision to focus almost exclusively on collective social housing. Yet more unusually, she even lived in two of her own projects.

Born in Oran, then part of French Algeria, in 1929, Gailhoustet was in no way predestined for architecture. In 1947, she moved to the metropole to study philosophy at the Sorbonne and, only after rejecting a career in teaching, enrolled at Paris’s École des Beaux-Arts, in 1952. There she joined the external architecture atelier run by Marcel Lods, André Hermant, and the engineer Henri Trezzini, which was not only one of the few to accept women but offered a more modern teaching program than the still-very-traditional in-house ateliers. Among her fellow students, Jean Renaudie (1925–81) would become a significant presence in her life, not least as her romantic partner (though never married, the couple had two children, in 1961 and 1968), as well as a fellow militant in the French Communist Party, which Gailhoustet had joined while at the Sorbonne.

Frustrated by what she saw as Lods’s “conformism” in the context of mass-produced postwar housing (1950s France was constructing 100,000 dwellings per annum), Gailhoustet spent her last three undergraduate years in Jean Faugeron’s atelier, obtaining her diploma in 1961. The following year she joined the practice of Party member Roland Dubrulle, who put her to work on master-planning the center of Ivry, a Communist bastion since 1925 that was being overhauled in the context of central-government road improvements. From there came the commission that allowed her to establish her own practice in 1964: the Tour Raspail, one of four towers she would build in Ivry. Completed in 1968, Raspail’s Brutalist exterior clearly shows Corbusian influence, though its division into two thin verticals articulated around a staircase hinge broke with the bar form of the unité d’habitation, employing a morphology better suited to the existing urban context. Yet more unorthodox were its “semi-duplex” apartments, designed according to a Raumplan approach where the entrance, day spaces, and bedrooms are divided between three half levels, augmenting the sensation of space while reducing corridors to a minimum. Raspail would be Gailhoustet’s home until 1982. Though praised in the architectural press, the tower was criticized by the more conservative members of the municipality, in part for its monumentality. Questioning her choices, Gailhoustet turned to Renaudie, who had been busy developing radical paper alternatives to standard Modernist housing blocks. In the more permissive climate of post-May 68, she was able to hire him at Ivry (at a moment when their romantic partnership was ending), thereby midwifing the first of his famous “étoiles”—free-plan apartment complexes whose pyramidal form and abundant “gardens” (generous terraces covered with a foot of soil) were inspired by hilltop villages. With their triangle-based geometry that stretched internal sightlines to a maximum, the étoiles provided distinctly unorthodox accommodation in which the right angle was banished, bedrooms were often open, every apartment was different from its neighbor, and space, light, and air flowed in all directions.

The Ensemble Danielle Casanova, the first of Renaudie’s Ivry complexes, was completed in 1972, followed by the Ensemble Jeanne Hachette, completed in phases between 1972 and 1976. Dense and multifunctional, combining shops, offices, and dwellings, these raw-concrete mini-cities gave inhabitants the illusion of living in a suburban house with a garden. In the wake of their success, Gailhoustet herself went on to build several variations on the concept, among them Le Liégat in Ivry (1971–82), where she lived until her death, tending to her 1,000 square feet of planted terraces. At La Maladrerie in Aubervilliers (1975–85), she riffed on the theme by incorporating courtyard patios into some of the dwellings; at Saint-Denis (1977–86), she paid homage to the late Renaudie by pushing complexity to its peak; while at Ivry’s Ensemble Marat (1971–86), she bent to the building industry’s demands by abandoning free-plan column-slab construction for compartmentalizing party walls, but nonetheless managed to produce highly unorthodox multi-level accommodation that is almost fonction oblique à la Claude Parent. By the 1980s, the architectural context had radically changed—central-government hostility to large-scale housing projects was now official policy, while Postmodernism had seen to it that the street was back in style. Gailhoustet’s later work adapted elegantly to this paradigm shift. At Gentilly (1985–93), for example, her white-plastered ensemble pays lip service to the street line but subverts it in all sorts of ways, from ground-level recesses to upper-floor terraces and step-backs. By the 1990s, however, work was beginning to dry up, and in 1998 she closed her practice for good. In a career of almost 40 years, Gailhoustet had built around 2,000 dwellings, as well as a high school in Montfermeil (1989–93). For this “artisan of a difficult material: space”—her description of the architect’s role—it seemed that “the idea of social housing as an addition of little functional room boxes should not be given sociological sanction. Analyses of how working families occupy dwellings have certainly emphasized specific realities: use and representation, male and female areas, spaces for children, etc. But we mustn’t forget that this occupation of space concerns dwelling types that originated in cynical market conditions and, more subtly, from ideological presuppositions. Almost no one living in those conditions chose to do so. We are not so pretentious as to propose an ideal dwelling, we merely wish to create possibilities for choice.” 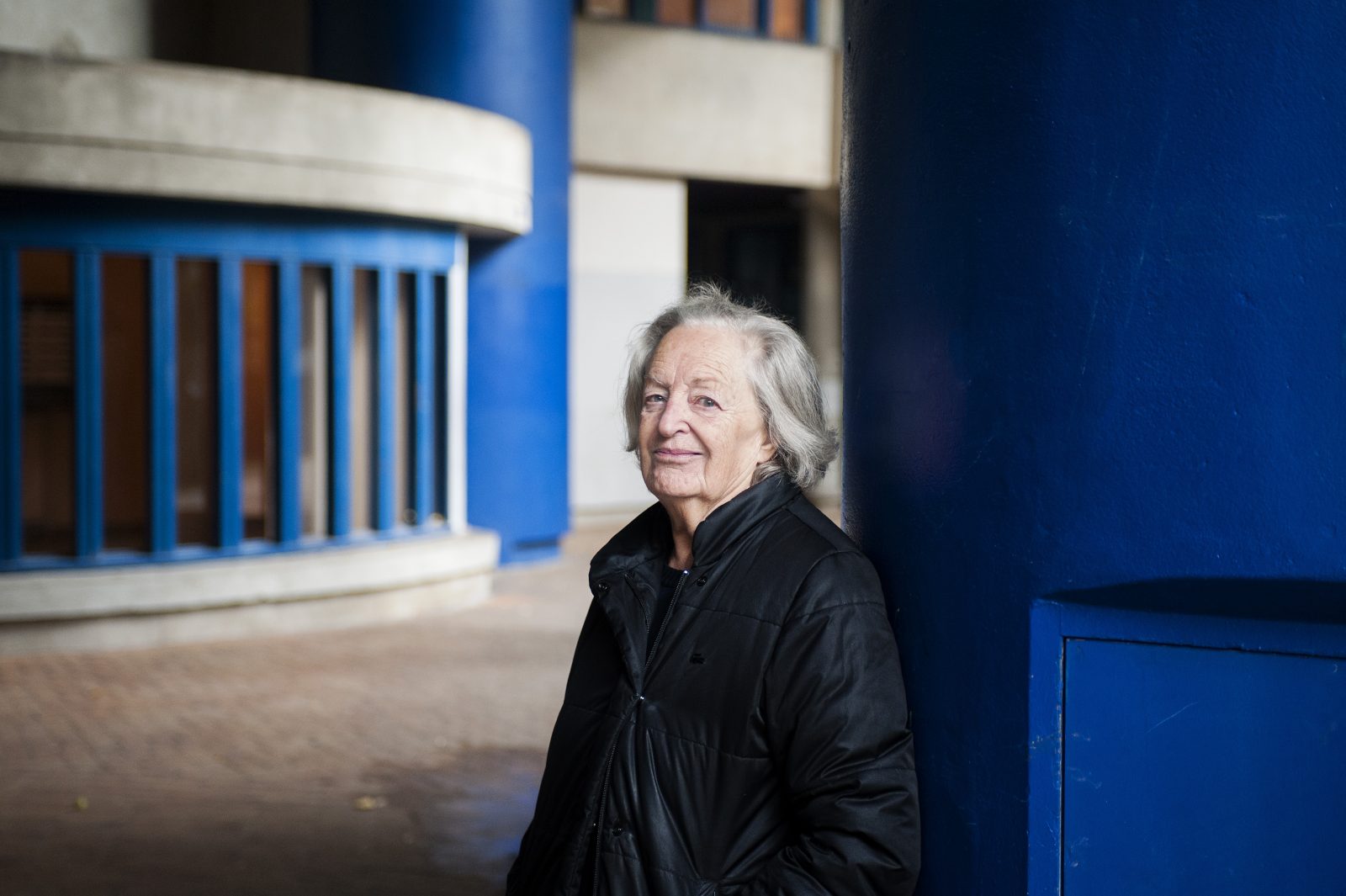 Among tributes to Gailhoustet, Iranian-British architect Farshid Moussavi wrote on her Instagram account: “Renée Gailhoustet was an architect whose undivided, lifelong commitment to social housing, and her revolutionary proposals have been a huge inspiration to me. She sought not to improve housing standards, but to disrupt them, to offer people places to live in that are entirely different from the norm. Instead of standardization, she believed it was essential to offer inhabitants choice in recognition of their varying circumstances. And instead of predetermining how an apartment would be used, she believed an apartment should be treated as ‘open work,’ rendered open by the architect, and further completed by those who live in them. She was ultimately a great champion of diversity, generosity, and genuinely social architecture.”