What Next: Paul Nakazawa 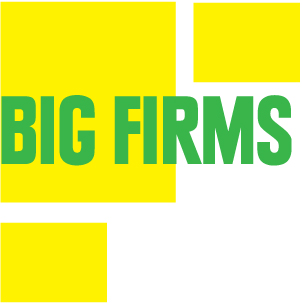 Architectural Record: In the past few years, we've seen the rise of some very big firms. According to Engineering News-Record's list of top design firms, AECOM weighs in at #1 with revenues of $6.5 billion in 2010 and more than 50,000 employees.

Architects aren't accustomed to these kinds of numbers. There are a few extra zeros at the end of them. It doesn't mean, though, that traditional practices are endangered. It means there's a new kind of animal in the ecosystem.

Why are we seeing this gigantism now?

A confluence of factors is driving it. Developing countries are experiencing rapid urbanization on a gigantic scale, bringing with it massive infrastructural needs. These are not individual-building issues or even aggregate-building issues. They're systemic issues affecting the need for roads, rail lines, subways, healthcare systems, educational systems, entire metropolitan areas. So clients — mostly governments and public-private agencies — are looking for very large firms to manage these projects. Countries like China and Brazil are still spending money.

Has this ever happened before?

In the 1980s, a group of firms — mostly in the U.K. — experimented with going public and selling shares on the London Stock Exchange. After the stock market crash in 1987, most of these firms saw the value of their shares get hammered and in the following years suffered substantial losses. Although firms today are using different means to grow, the emergence of very big entities raises the question: Are we just doing the same stupidity, but on a larger scale?

How big is big?

To be a real global player, you need over 1,000 employees. At that size you can take risks. Firms with 200-to-400 people can't do that; if one giant project doesn't work out, it could take down the company. Smaller firms with around 100 people can work globally if they offer just design; they can be nimble. A lot of mid-size firms that had been 300 people are now down to 60 or 70. The really big firms can go public and sell shares. The amount of money you need to play in the big leagues today is much larger.

How is the current economic situation affecting the landscape of big firms?

This recession will be a real watershed. It will separate those firms that are able to come to grips with technology, diversification, and globalization from those that can't.

What do you forecast for the near future?

In the first 10 years of this century, we saw lots of liquidity at low interest rates. So there was economic exuberance. A lot of it was just smoke and mirrors. Business usually runs on 30-year cycles, so we probably won't see the same kind of exuberance for awhile. But we're not done with this crisis yet. If you're in a big storm, it always seems safer to be on a big boat.