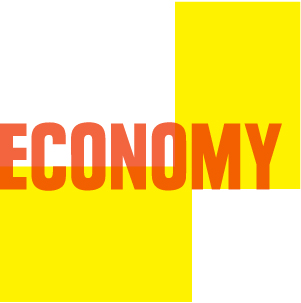 Architectural Record: People are comparing our current economic situation to 1979 and '91. To me, it seems much bigger.

Robert Murray: Of course, no one really knows. Despite the huge amount of overbuilding, retail is starting to show some signs of life. The office market is another story, though. In the case of corporate headquarters, some activity is taking place, but in terms of spec building, that's going to take longer.

What do you see happening in the near future?

Once we get through a difficult period in the next year or so, in terms of state and local finances, I think you'll see a lot of plans moving forward again for redevelopment – transit-oriented redevelopment. If I had to pick any positive area to focus on in the near term, it would be residential construction. My recommendation to architects would be to look for apartment projects.

What you call income-generating properties - stores, offices, hospitality - those are the ones that have the biggest volume overall and the most to lose, correct?

In the near term, those categories have all reached bottom. In contrast, education has settled back but still has room for further deterioration, given its relationship to state and local finances, which will follow the overall pattern of the economy.

The new Republican-dominated Congress says it's going to cut spending, and there is already talk of a deficit ceiling.

It's going to suck big-time, because it will affect the institutional market, with perhaps the exception of health care. And if they say, "Let's repeal health reform," more projects will be put on hold.

So what's the short-term forecast?

It's going to be a stumble-along, muddle-through period. When we emerge, hopefully we'll see relatively decent volumes of activity. But will it be a replay of the 2005-2007 period? Probably not. Any time there is a period of substantial overbuilding, you have to go through a lengthy process of correction. It's going to be a very hesitant turn for commercial buildings and institutional building will not get going for at least another year. I'm talking about construction starts. For construction spending, throw another year on top of that.

What's going to happen in the suburbs, where a lot of communities have been hit hard by foreclosures and the weak residential market?

I think there will be more attention to revitalizing the inner suburbs and building smaller houses.

When do you think money will become more available for businesses to borrow?

It’s quite possible that in another year or so the banking industry will be looking for opportunities to grow revenue and be more willing to lend. If there’s one area to look at in the near term it would be transit-oriented projects. One of the beneficiaries of the stimulus bill should be transit-oriented development – apartments, mixed-use complexes close to transportation hubs.

The construction industry is going through a big swing right now. When you’re approaching bottom, though, it's difficult to see that the bottom is there.

Recent Articles by Interview by

Ask an Expert: How Will the New Health-Care Law Affect Architects?