What Next: June Williamson

Laura Raskin
Order Reprints
No Comments
June Williamson is an associate professor at the School of Architecture at The City College of New York and the coauthor, with Ellen Dunham-Jones, of Retrofitting Suburbia: Urban Design Solutions for Redesigning Suburbs. 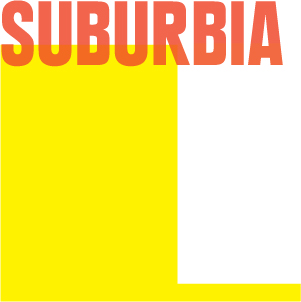 Architectural Record: What's going on in terms of thinking about the suburbs today?

There has been an explosion of interest in the suburban landscape within the design community. The suburbs are where a majority of the American population lives and these places have aged and changed in challenging ways. Retrofitting or remaking or infilling suburbia is going to be the big design and development project for the next half century. We spent 50 to 60 years building it up, so we're going to have to spend an equivalent period of time restructuring, infilling, and remaking it, especially in the context of challenges such as climate change, oil scarcity, affordability, and changing demographics.

What is suburbia going to look like in the next five to 10 years?

The composition of the American population is changing, and that means a shift away from the single-family house and all of the commercial development that has gone along with it. The recession has brought all of this into high relief, although the trends were happening already.

What can be done to make the suburbs better? Finding new uses? Increasing density? Connecting them to cities in better ways?

All of the above. One of the most interesting things is a more widespread recognition of the diversity of suburban landscapes. There is growing diversification, with higher numbers of people living in poverty in suburbs than in cities. Also, suburbs are increasingly gateway locations for new immigrants. They go straight to suburbia. For architects, designers, and developers, responding to these different populations is exciting.

The reverse used to be true with the wealthy leaving the city for the suburbs and immigrants going to cities.

It's not universal, but certainly the old stereotypes need to be thrown out the window. And we need to create pockets of development within suburbia that can be served by mass transit and provide higher density housing. This would provide more choices for singles and couples, and offer proximity to jobs and shopping and entertainment. So it's not about remaking everything. It's about preserving open space and directing new development to nodes.

Are there some distant suburbs that should be abandoned?

That’s hard to say, but regions need to think about cities and suburbs together and track development with projected population. They need to combat sprawl and better utilize the infrastructure that’s in place – transit, water, power, sewers, social services. That might mean establishing urban growth boundaries or other mechanisms at the planning level to inhibit sprawl. But there is a lot of underperforming asphalt, as well as “toxic assets” or red fields – failed commercial properties – that could be retrofitted.

What is the role of the private sector versus urban planners and how will these roles change?

In the past decade, it certainly was the private sector leading both development and innovation — in retrofitting suburbia, challenging zoning, and making mixed-use profitable. At this current moment, we have a real opportunity for pro-active planning and making structural changes to correct zoning regulations and codes that unintentionally further sprawl and inhibit innovative retrofitting projects.