What Next: Ricky Burdett

Jane Kolleeny
Order Reprints
No Comments
Ricky Burdett is a professor of urban studies at the London School of Economics and the founding director of LSE Cities, an international research and teaching organization. 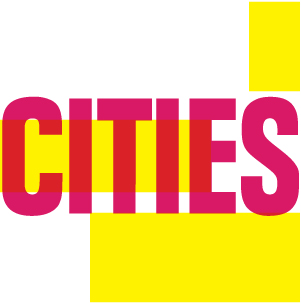 Architectural Record: More than 50 percent of the world's population now lives in urban areas. Will this migration to cities continue?

There is no doubt that urbanization will continue, but it is progressing at different rates in different parts of the world. Asia and Africa are experiencing exponential growth rates in their cities. Lagos, Dhakka, and Mumbai gain over 40 new residents every hour, while urbanization in South America is slowing down. Many cities in the Global North, especially the old industrial heartlands of the U.S. and Eastern Europe are, in fact, losing population. Climate change will accelerate this process of urban migration, with more and more people leaving rural areas that have become arid or prone to flooding. The irony is that the cities these climate-change refugees will flock to are often the ones most at risk from rises in the sea level and other hazards.

What are some of the lessons we can learn from what is happening now?

Recent initiatives in Bogota, Barcelona, and Torino show that some cities can be retrofitted with green transport systems, bringing city centers and suburban neighborhoods back to life and making the most of existing urban assets. We can learn from Bogota how to use bicycles and dedicated bus lanes to move people around more efficiently; and from London, how to reduce the use of automobiles in the center city by imposing congestion charges. From Barcelona and Torino, we can learn how to reactivate derelict industrial areas, bring people back to live in the city, and attract younger and more international residents. Of course there is not one perfect model, but I favor any city that has embarked on making itself more compact, more efficient, and more diverse. Unfortunately, few cities in the Global South, where most of the urbanization is occurring, are going this way.

What do you see as key challenges cities face going into the future?

Building basic infrastructure is a major undertaking, especially in the poorer regions of the world where over 30 percent of urban residents live without access to clean water, sewers, or sanitation. But, we should also remember that urban areas consume over 60 percent of global energy and contribute to 75 percent of CO2 emissions. So reducing the energy footprint of a city becomes a major priority. We also need to ensure that the vast proportion of new urban residents over the next decades do not end up living in slums, or inhabiting landscapes of difference characterized by ghettos of the very rich and very poor.

What do you think about new "green" cities-like New Songdo City and Masdar?

I am not optimistic about these one-off solutions, however worthy they are. They rely on massive levels of investment that are no longer affordable by even the richest nations. Sustainable solutions can and must be found by modifying the DNA of existing cities, adjusting and calibrating their spatial, social, and economic organization in a realistic way that reflects the organic processes of urban growth and availability of resources. Powering all of New Delhi’s buses and auto-rickshaws with natural gas rather than diesel is the sort of statement that is needed. Ensuring that cities have clear growth boundaries—like London’s Green Belt—and insisting that all available urban land, especially previously industrial land, is redeveloped before building on green fields outside the city, will also make the next generation of cities more sustainable without incurring massive costs.