By Suzanne Stephens
Alexandra Lange is a critic, journalist, and architectural historian. She is the coauthor, with Jane Thompson, of Design Research: The Store That Brought Modern Living to American Homes. 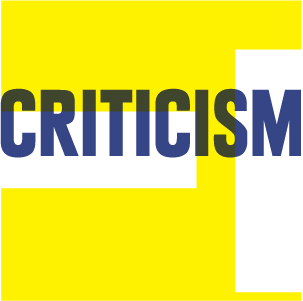 Architectural Record: With newspapers and magazines struggling, what do you see as the future of architectural criticism?

While architectural criticism seems to be a shrinking field, we still need it. So I hope new media channels can deliver it to people who want it. For decades, however, people have wondered why there isn't more criticism in architecture magazines. It seems to be due to the conflict between boosterism of the profession and criticism in the same pages.

What about blogs? Do they free up criticism?

With blogs, architecture suffers from the problem of gee-whiz images, only some of which are real. Architecture could become focused too much on images, especially now when less is being built.

I started blogging in June 2009, when work was slow and it was driving me crazy not to give my opinions. I did it for free to have a platform. The piece that brought the most attention—plus other commissions—was the criticism of Nicolai Ourroussoff [New York Times architectural critic]. I felt I had nothing to lose, and at that time was thinking of leaving criticism. I wrote out of a sense of frustration: here was someone who has a great platform and was not using it. I figured the worst that could happen was the Times would not to call me with an assignment again. But that didn’t happen.

What about the reality of making a living from blogging? In the past, critics have been on the staffs of newspapers, or and in some cases magazines. And freelance writers were able to make ends meet.

Now it feels as if there are more outlets, but the pay is terrible. Some blogs don't pay at all. You have to have other sources of income.

How can print magazines differentiate themselves from digital media?

Since you can get a lot of material online, print magazines could become more like reviews. Instead of just reporting, they could review books and buildings. Print magazines should have more distinctive voices and points of view. I’m not saying there’s a market for this. But they are losing their sense of exclusivity of coverage as images of buildings get distributed on the Internet.

You teach design criticism as well as architectural criticism. Could you explain the motive?

I write about half the time on design and half on architecture. Having a larger category is a way of bringing more people into the discussion. People are more design savvy about consumer products, so I can make an argument about how those ideas are reflected in the way we live and how the world works as a designed place.