Suzanne Stephens
Order Reprints
No Comments
George Baird is a principal in Baird Sampson Neuert Architects and was the dean of the John H. Daniels Faculty of Architecture, Landscape, and Design at the University of Toronto until 2009. 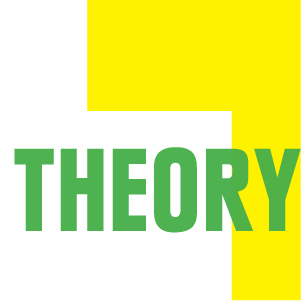 Architectural Record: In 2004, you highlighted theoretical questions facing architecture in a much discussed essay, “Criticality and its Discontents,” for Harvard Design Magazine. You pointed out how earlier theoretical investigations, under such rubrics as structuralism, poststructuralism, and deconstruction were being questioned. What was the problem with high theory of the 1970s, 80s and 90s?

That was a time when studies in areas such as psychology, literature, and feminism got refracted through the lens of architectural theory. But it eventually led to an impatience with dwelling on critical and theoretical concerns—as opposed to considerations having to do with architectural practice. I feared that the new generation’s emphasis on pragmatic, open-ended architectural concerns could lead to a certain amorality in outlook.

So, where are we today?

There is no dominant theoretical position at the moment. Certainly we still theorize about architecture.  Yet theory has not developed a powerful relevance. Although deconstructionist thinking was radically intellectual, it never had much of a social component. The current generation is attempting to form a position about the role of the architect that can address multiple aspects of reality. At the same time the fascination with the star system is waning and you see a sense of a growing influence of social concerns with, for example, the Aga Khan Award for Architecture and the Museum of Modern Art's recent exhibition, Small Scale Big Change: New Architectures for Social Engagement.

Who is important to thinking in this theoretically transitional moment?

Rem Koolhaas continues to be one of the liveliest critics in the field.  While he has been accused of being cynical, his alignment with global capitalism may have been a  way of keeping architects from becoming marginalized. His interest in Africa has highlighted urban issues for the profession. It has been energizing. I would say his cynicism comes more from a phobia of do-goodery and a scorn of victimology.

Reinhold Martin, [of Columbia University] is one of the most politically engaged theorists and critics. But he embeds his political interest in the discussion of actual buildings. Another person to watch is Tim Love, whose firm, Utile, Inc., Architecture + Planning, in Boston, reflects his theoretical and pragmatic interest in the typologies of small-scale housing and the way zoning codes and building codes affect design.