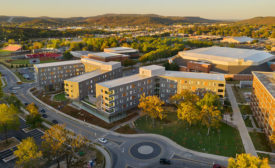 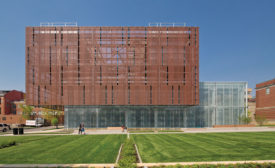 The old football field may be long gone, but Mrs. Clark Thompson’s temperance-era rite was oddly prophetic. More than a century later, on the footprint of its grandstands, Ohio Field has been reincarnated as a new chilled-water facility.

The first challenge in designing the Paul S. Russell, MD Museum of Medical History and Innovation for Boston's Massachusetts General Hospital began with the location. 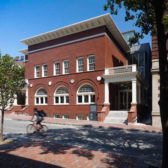 A historic building is renovated into a modern theater for Harvard students.
No Comments

Harvard University recently acquired the 1887 Hasty Pudding Club building, formerly owned by the oldest society at Harvard, a secret society that transitioned into a theatrical group by the 1840s.