As the 2017 AIA Conference in Orlando draws to a close, take a peek at some snapshots from the conference, expo, and city. 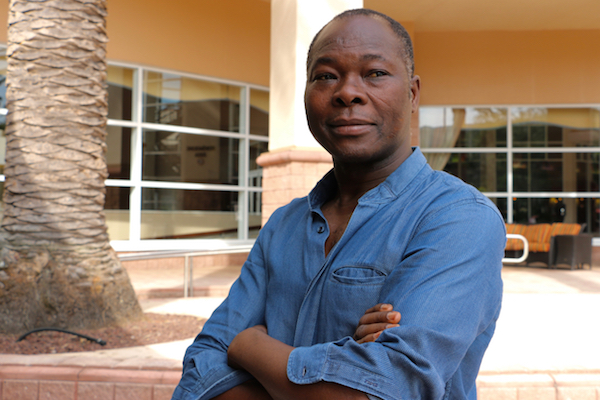 The expo floor bustled with activity.

The AIA Emerging Professionals Nerve Center featured an interactive installation by Orlando-based artist Cole NeSmith called "Strung Together." Visitors were invited to add their own string to the piece. 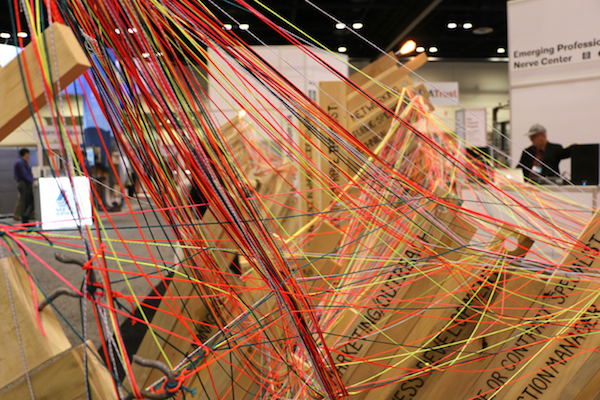 RECORD's publisher Alex Bachrach spoke with three of the architects who served on our 2017 Advertising Excellence Awards jury about what makes an effective and appealing ad. 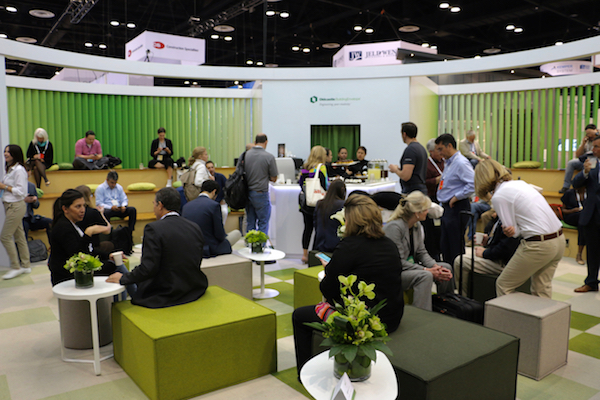 Katherine Darnstadt, founding principle of Latent Design, transformed buses into mobile farmers' markets to address food deserts in Chicago. One such "Fresh Moves" bus was stocked with produce and parked on expo floor. 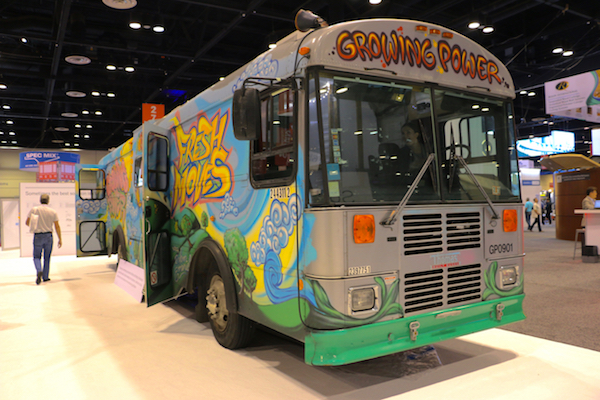 An animatronic version of Koko the gorilla plugged in a light at Modular International Inc.'s booth in the expo.

Read more of RECORD’s coverage from the 2017 AIA conference.