Today, at an event in Chicago hosted by Barack and Michelle Obama, the Obama Foundation released the first images of the conceptual design and site plan for the Obama Presidential Center. The New York-based firm Tod Williams Billie Tsien Architects | Partners is leading the design team along with Interactive Design Architects. Planned for a site in Jackson Park on the South Side of Chicago, the center will include a museum, classrooms, labs, public plaza, and other outdoor spaces. 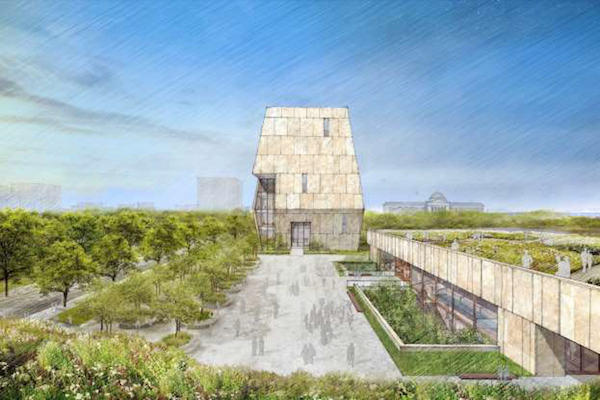 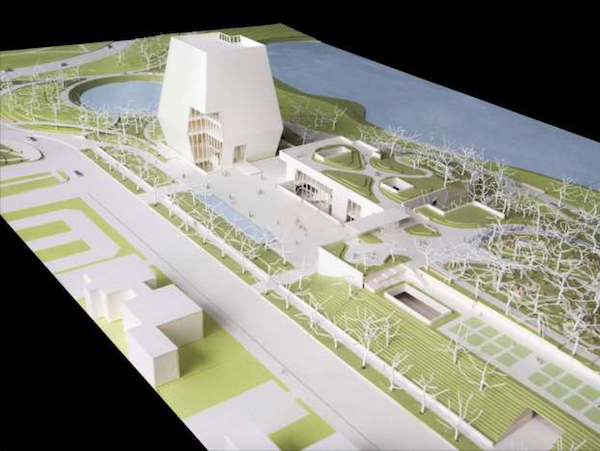 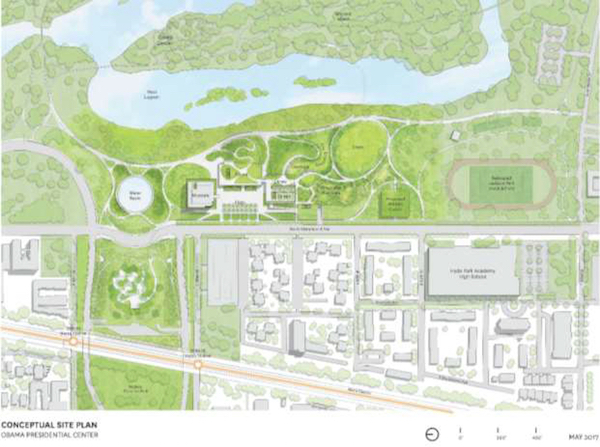 Read RECORD's past coverage of the Obama Presidential Center.