The Australian architect and researcher speaks with RECORD about designing for wildfires.

Since September 2019, catastrophic wildfires have scorched tens of millions of acres across Australia. As of press time, at least 28 people have died, as well as hundreds of millions of animals, and more than 3,000 houses have been destroyed. The combination of unprecedented heat and drought have made this bushfire season one of the most devastating to date; the country experienced its hottest day on record in mid-December, following the driest recorded spring.

RECORD spoke with Ian Weir, Ph.D.—an architect and researcher at Queensland University of Technology in Brisbane, who studies (and structured his practice around) wildfire-adapted architecture—about risks and design strategies. 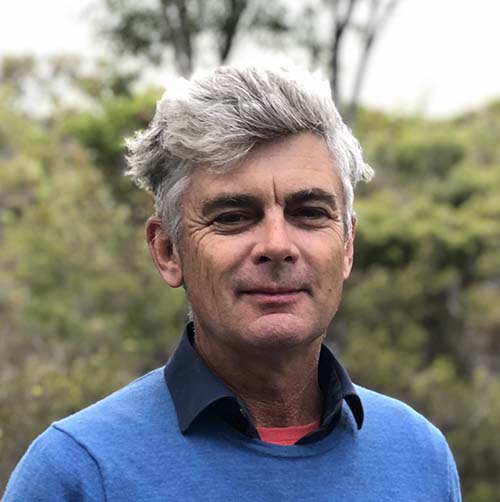 What has made this bushfire season so bad?

It’s really the current drought conditions, and not only have we had very little rainfall where the fires are happening, but the normal winds that run west to east across Australia are picking up really hot, dry air as they traverse the middle of the continent, which has an extra drying effect on the southeast coast, where the fires are the worst.

How do settlement patterns and land clearing affect wildfires?

I grew up on a farm in southern Western Australia that was developed as part of a massive land-clearing scheme in the late 1950s and early 1960s. I have witnessed first-hand how regional-scale clearing creates dry micro­climates, which has subsequently led to decreased rainfall and major droughts. Queens­­land also has well-documented native vegetation clearing to facilitate cattle grazing and agriculture. It’s fair to say that these examples are representative of a nationwide problem, which is desertification. My landscape ecologist colleagues agree that it is primarily desertification that is driving droughts, which, in turn, is the key factor in driving up the fire danger.

The idea behind removing vegetation is to make homes more defensible from fire, right?

That’s the intention, but this is where we have a problem emerging in Australia: the clearing of vegetation is actually driving the resilience of homes down, because the more you clear around a house, the less resilient it has to be. Now, that sounds quite logical, but in a fire event of the magnitudes that we’re seeing in the eastern states, clearing becomes a bit redundant, because embers—the primary danger to houses—can travel from many kilometers away.

Also, the clearing-around-homes regulations are often, unfortunately, misread as wholesale clearing. But there’s no justification for eliminating trees, for instance; that just creates a dry microclimate around the house. We need to make a distinction between trees and the meaningful fuel, which actually contributes to the fire front.

This relates to the profession because, in my view, architecture’s primary role is to engender connection with place. That means protecting the natural assets of the site and celebrating that biota. That simply cannot be done when biophysical assets are removed due to what I consider to be rather draconian, top-down mandates to create so-called “defendable zones.”

How can existing houses and buildings be retrofitted to be more resistant to bushfires?

The first thing I encourage homeowners to do is to think like an ember—to forensically look at all the gaps where embers could become lodged. During a fire, negative pressure inside houses can create a vacuum that effectively sucks embers in through even very small gaps.

Otherwise, sprinklers certainly help; there are many cases where people have effectively protected their houses with a really good water supply—and not just during the emergency, but leading up to it, to get moisture back into all of those combustible materials.

And then, of course, managing the fuels around the house—not just in the vegetation, but other landscape features, by minimizing combustible fences and so on.

You designed the Karri Fire House, completed in 2014. What aspects of that structure make it resistant to fire?

First off, it's completely non-combustible. We used a fire-proof concrete block, which is quite affordable and a fantastic performer in bushfire. Along with a very thick concrete slab, it gives us thermal mass and thermal efficiency, which was a bit of a cost-benefit optimization, because bushfire-prone areas in Australia are all actually quite cold in winter.

Other components are designed integrate with daily life. The veranda has non-combustible decking, and sliding glass doors that open to it are protected by a metal mesh, which acts as an insect screen, ember screen, and radiant heat shield. The owners move in and out all the time, so we know those features are going to be maintained and are going to work in an emergency

Why should fire-adapted design matter to architects?

Over the years, I’ve encouraged many fellow architects to work in this space, and I’ve been surprised at how little people appreciate that this can be a driver for creativity. Many in the profession think this is a hopeless situation, that no house can be built for fire conditions. But the reality is, a lot of people get trapped in circumstances where they can’t escape, by roadblocks or by bushfire, and they have a greater chance of surviving when their house has a greater chance of surviving. I’m hoping these events of late start to get into architects’ headspace.