In a creative profession like architecture, no one wants to take a gamble with intellectual property rights—even when designing a casino. A federal lawsuit related to such a project, currently under way in Arkansas, brings into sharp focus the complex nature of collaboration.

In late December 2019, Marlon Blackwell Architects (MBA) filed a lawsuit with the U.S. District Court, alleging that Memphis-based HBG Design and representatives of the Quapaw Nation, a Native American tribe, have stolen MBA’s architectural designs and failed to pay the Fayetteville, Arkansas–based firm for its work on the Saracen Casino Resort, currently under construction in Pine Bluff, Arkansas. Intellectual property rights attorney Mark Henry with the Rose Law Firm, headquartered in Little Rock, is representing MBA. 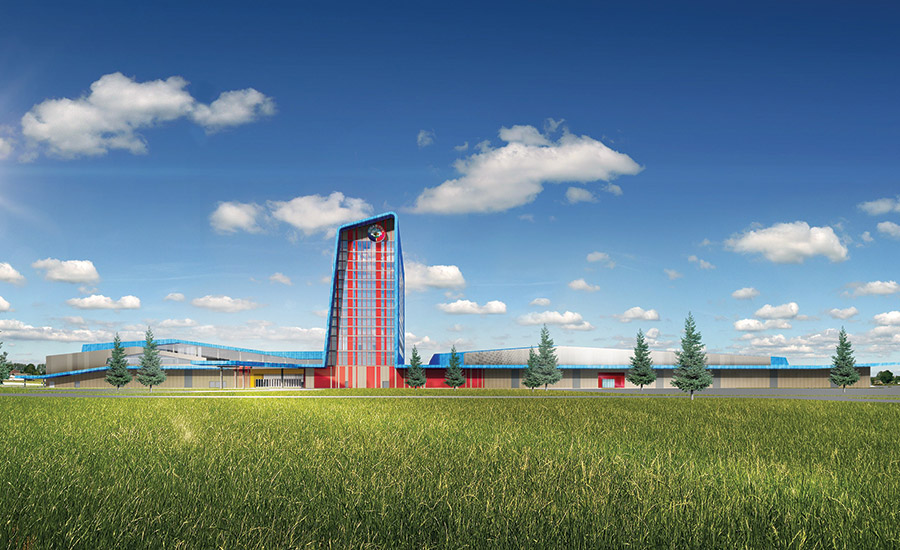 The origins of the case date back to the summer of 2017, according to MBA founder Marlon Blackwell—the AIA’s 2020 Gold Medal winner—when John Lane Berrey, the elected leader of the Quapaw Nation, first approached him about designing a casino. Headquartered in northwest Okla­homa, not far from MBA’s home city, the Native American tribe had hired Blackwell for previous projects, including the John Berrey Wellness Center and the renovation of parts of another Quapaw casino.

According to MBA’s complaint, Blackwell and Berrey were in regular contact for almost two years as the architecture firm developed and refined a concept for Saracen Casino. (The Quapaw Nation created the limited liability company Saracen Development to own and operate the facility.) MBA alleges that, throughout this time, Berrey publicly shared MBA’s drawings and renderings with investors and the community while promoting the casino and a ballot measure, passed in November 2018, that would allow the nearly $250 million project to proceed. The suit also lists eight separate rules and standards from the AIA’s Code of Ethics and Professional Conduct that it alleges HBG violated.

HBG joined the team in December 2018, bringing significant experience in casino design. The firm had not previously worked with the Quapaw Nation. Exhibits attached to MBA’s complaint indicate that HBG acted as architect of record, with responsibilities including construction drawings and management, while Blackwell’s firm would continue to act as the design architect, ensuring that the original design intent was preserved as the project moved closer to becoming a reality. Blackwell says the two firms agreed upon the division of work and a fee split (with roughly 65 percent of the fee going to HBG, and 35 percent to MBA). The suit outlines how MBA shared “plans, drawings, sketches, schematics, footprints, renderings,” and more, “including architectural computer files and substantially complete architectural schematic design plans for the Saracen Casino.”

But in early March 2019, according to the complaint, the relationship between the two architecture firms—and between Blackwell and Berrey—soured. On March 15 of last year, Berrey dismissed MBA; the suit alleges this was directly the result of HBG’s providing false information to the Quapaw leader “by intentional and improper interference.” The complaint further claims that HBG has continued to use Blackwell’s intellectual property without credit or payment, and asks for a judgment of no less than $4.45 million (representing the fee Blackwell’s firm expected to receive from the project) plus damages, interest, legal fees, and a declaration indicating MBA’s original authorship of the designs.

HBG principal Rick Gardner tells RECORD, “We strenuously dispute all the allegations in this complaint, and we’ll defend our position through the legal process.” Acting on the advice of their counsel, they declined to discuss any specifics of the suit. Berrey opted not to make any comment.