Alan Karchmer began photographing while in architecture school. “Everything about photography came naturally, while I struggled with design,” he says. Little more than a year into his architectural practice, he shot the Stafford House in New Orleans (PDF) by Errol Barron/Michael Toups Architecture, which was published in Record Houses in 1980. His work has been featured in the architectural press worldwide—including our pages—ever since. In celebration of Karchmer’s planned donation of his archive to the National Building Museum in Washington, D.C., the museum is mounting the exhibition Alan Karchmer: The Architects’ Photographer. Here are some of our favorites from the collection.

Back to gallery
Select a photo to read more 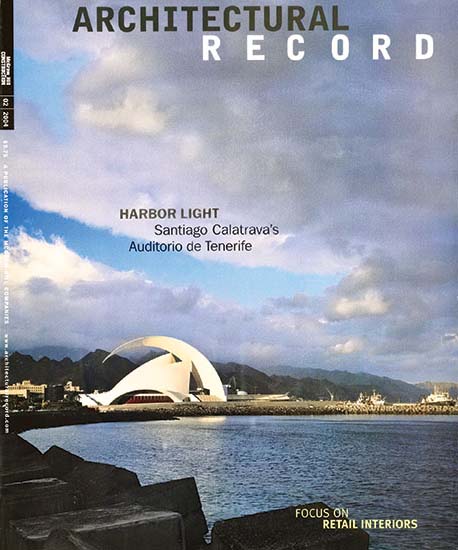 This shot of Santiago Calatrava’s performing-arts building in Spain made the cover of RECORD’s February 2004 issue. The commission followed Karchmer’s work on the Milwaukee Art Museum, which he photographed for RECORD in 2002, and led to numerous jobs with the architect in the following years.
Read the article 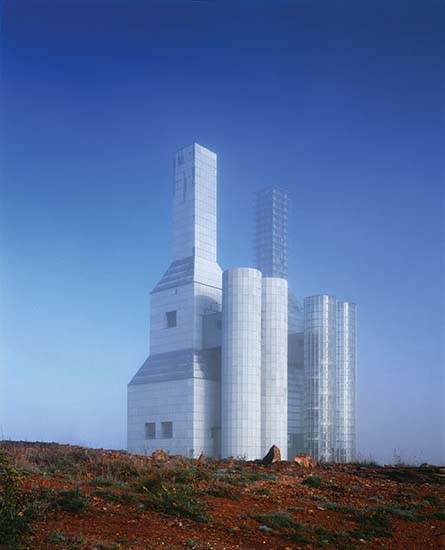 In 2003, when Karchmer photographed this posthumous project by John Hejduk, in Peter Eisenman’s City of Culture Galicia in Santiago de Compostela, Spain, the morning fog was beginning to clear. “The ethereal light reinforces the mystical character of Hejduk’s work,” says the photographer. 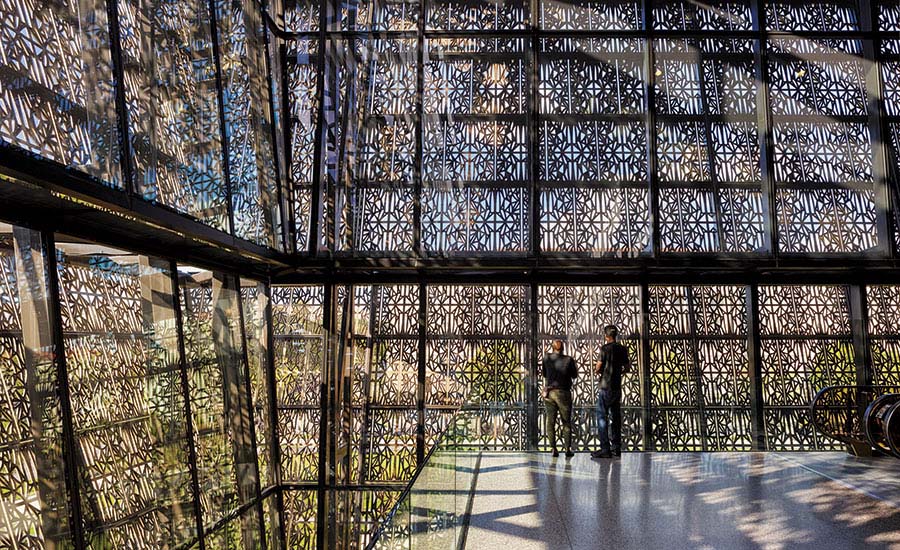 Karchmer was commissioned by the Smithsonian to create a comprehensive portrait of the latest addition to Washington, D.C.’s National Mall by Freelon Adjaye Bond / SmithGroup (2016). He shot the scrimlike “corona” from the interior to communicate its powerful presence.
Read the article 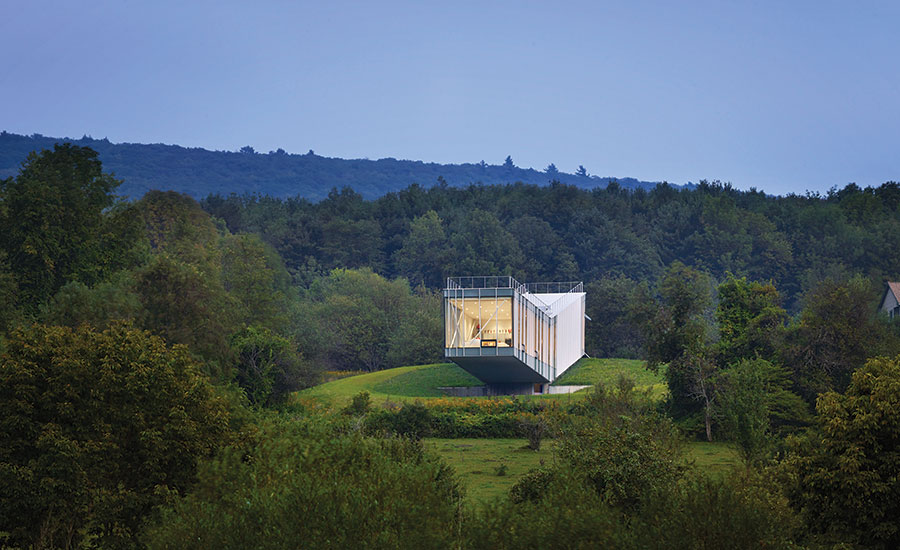 To capture the context and dramatically thrusting cantilever of this house in Western Massachusetts by Schwartz Silver (2008), Karchmer backed up to a spot with a direct sight line through a clearing on the densely wooded plot. 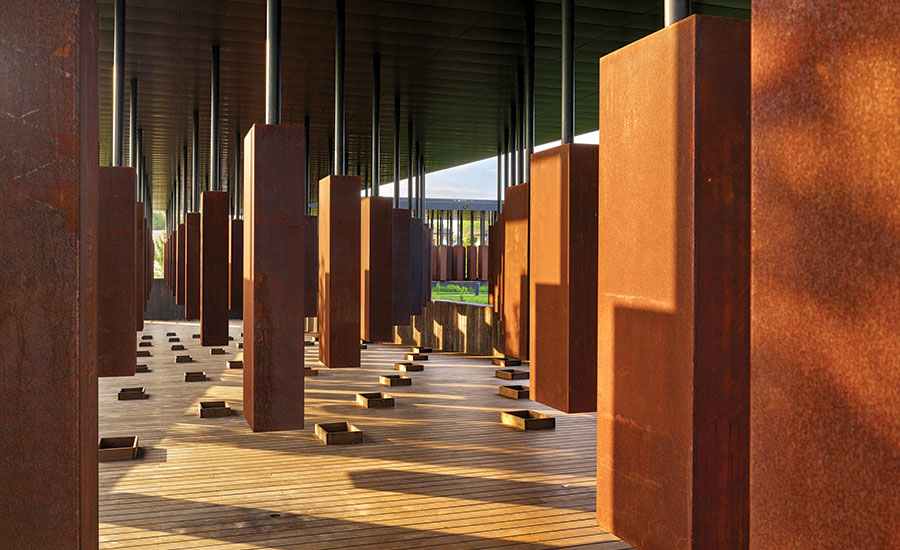 National Memorial for Peace and Justice

For MASS Design’s memorial in Montgomery, Alabama (2018), Karchmer composed this photograph, which presents the suspended weathering steel monuments at eye level, to convey the magnitude of the structure’s scale and depict the significance of its vastness.
Read the article