Planned for a Pandemic: Rush University Medical Center Tower by Perkins and Will

The explosive growth of coronavirus cases is putting the Robert R. McCormick Foundation Center for Advanced Emergency Response in Chicago to the test. Conceived after the 9/11 attacks and subsequent anthrax terrorism, the Center, completed in 2012 as the base of a new 1-million-square-foot hospital by Perkins and Will, is a pioneer in health care design, conceived to handle the surge of patients that could come from a large-scale industrial accident, bio-terror attack, or pandemic disease. Grants from the Robert R. McCormick Foundation, the Department of Defense, and the Department of Energy allowed Rush University “to reinvent the ER to address these multiple threats,” said Jerry Johnson, design principal in the Chicago office of Perkins and Will. It could be a model for hospitals that have not added surge capacity, with cities now needing to put beds in place immediately.

Rush’s emergency department takes up the entire ground floor below the hospital’s four-pronged curvy tower. An expansive covered sally port, where ambulances deliver patients, can be sealed by rolling-down doors at the vehicle entrance and exit to accommodate the decontamination of people and vehicles in case of a massive chemical accident or bio-terror attack. In the current COVID-19 crisis, tents have been erected in the sally port to test and assess incoming patients. Walk-ins are directed not to enter the hospital proper but to go into the sally port so that they do not mix with other people seeking emergency services. Those who don’t need hospitalization can be sent home to quarantine. The arrangement can handle 100 additional incoming patients a day.

Sliding glass doors rather than curtains separate the 60 treatment rooms. “Its important to be able to see the patients at all times,” says Marvina Williams, a registered nurse who is a medical planner at Perkins and Will. The doors also isolate each room's ventilation. The HVAC system creates negative pressure so that contaminated air is exhausted rather than seeping into the rest of the department. None of the exhaust is recirculated.

The entire emergency department can be divided into three pods, each of which can be similarly isolated to form a separate ward for contagious patients. Two of the pods have already been isolated for coronavirus.

In the main patient floors higher up, the hospital is laid out with single rooms. “We can double-up patients in the rooms and also use the lobby,” explains Johnson, because the rooms have two headwalls supplied with power, telecom, and medical gasses. The firm laid out potential bed arrangements, with access to power and other utilities built into the columns, to turn the tower’s large lobby into a lower-acuity treatment area, if needed.

In the main hospital, a wing of what are called “acuity adaptive” rooms can be converted in about two hours from regular rooms to high-acuity, negative-pressure rooms to accommodate more patients. The isolation-room capacity can be increased by 32, bringing total capacity to 72 beds for serious COVID-19 cases.

Can existing rooms in older hospitals be adapted for the surge of patients who may need negative-pressure rooms with ample utilities? It’s not easy, said Johnson. “You have to change how the ventilation system operates to achieve negative pressure and you need to reroute the return air so that none of it is recirculated.”

Though many newer hospital projects include more negative-pressure rooms, Rush has an unusually high surge capacity. “We always recommend acuity adaptive rooms to be built on every patient floor,” said Johnson. “We get pushback on those, because it seems like a lot of money and may seem not to be needed.”

Once the worst of the coronavirus pandemic is over, hospitals will be reassessing those choices. 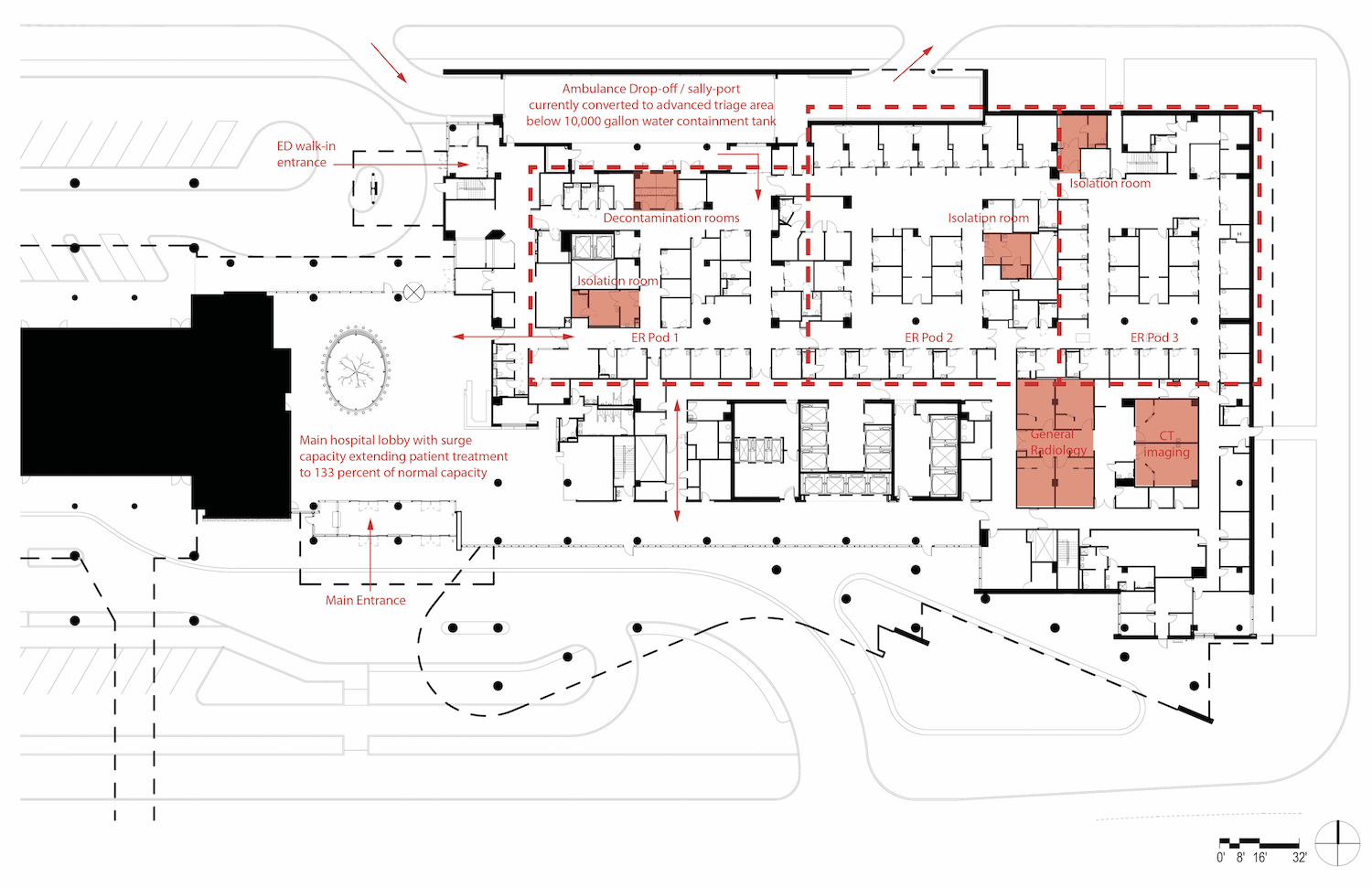