One unavoidable downside to Hoskins Architects’ elegant copper-clad third-story addition to the Aberdeen Art Gallery was the loss of natural top light in its windowless second-floor exhibition spaces. On Scotland’s northeast coast there is less than seven hours’ daylight in winter, and its benefits are keenly felt, says Carrie Donahue Bremner of Speirs + Major, lighting designer for the $42 million, four-year renovation project. Maintaining the luminous, airy ambience of those rooms was a major component of a scheme that celebrates the character of the late 19th-century granite building.

In nine second-floor galleries arranged around a central three-story atrium containing the sculpture court, the designers have installed laylights that dominate the ceiling in each room. Comprising color-tunable LED arrays behind white acrylic diffusers, these are programmed to increase the warmth of the lamps over the course of a day, from a cool 6000 Kelvin in the morning to a cozier 3000 Kelvin toward evening. As well as disguising the fact that these are now wholly interior spaces, the laylights’ purpose was to recreate the evenness and intensity of the illumination from skylights, explains Donahue Bremner. Using only spotlights and washes to light paintings and architectural features “would have appeared quite dark and in contrast to the experience people enjoyed in those spaces.” 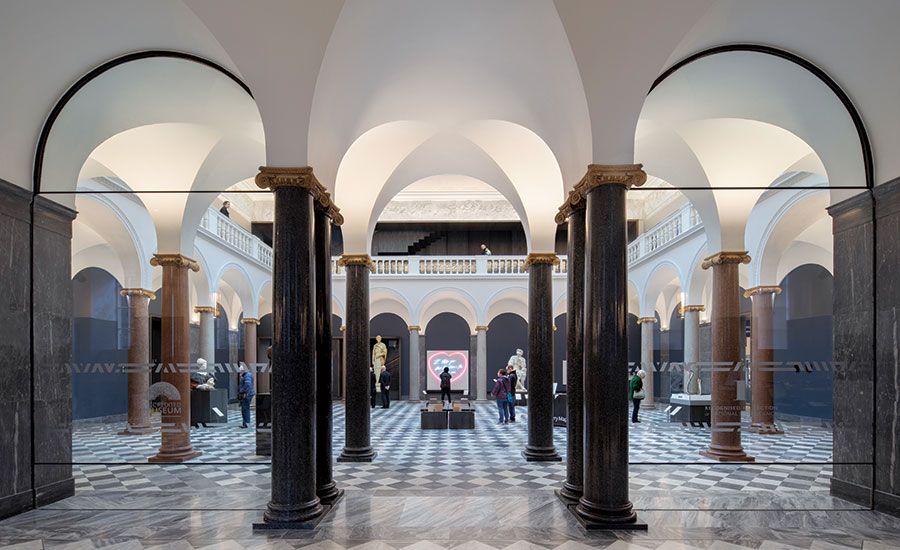 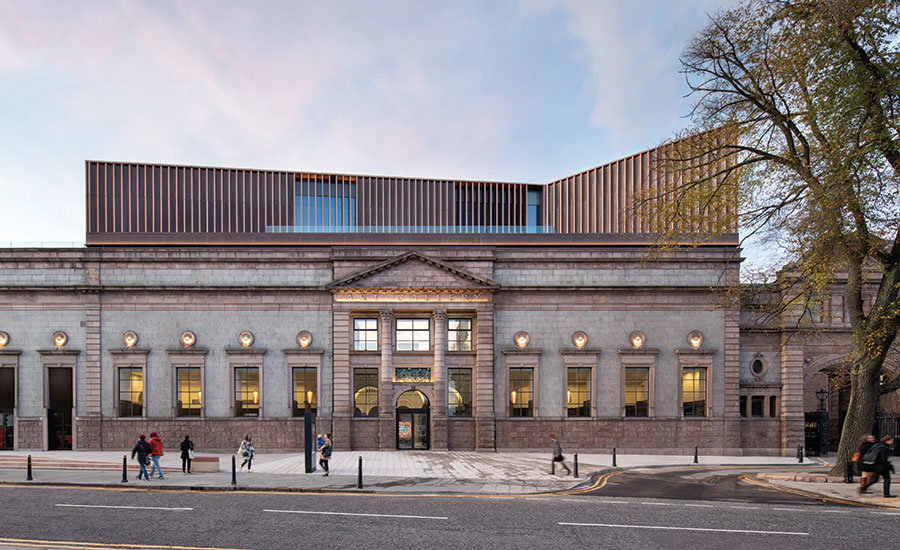 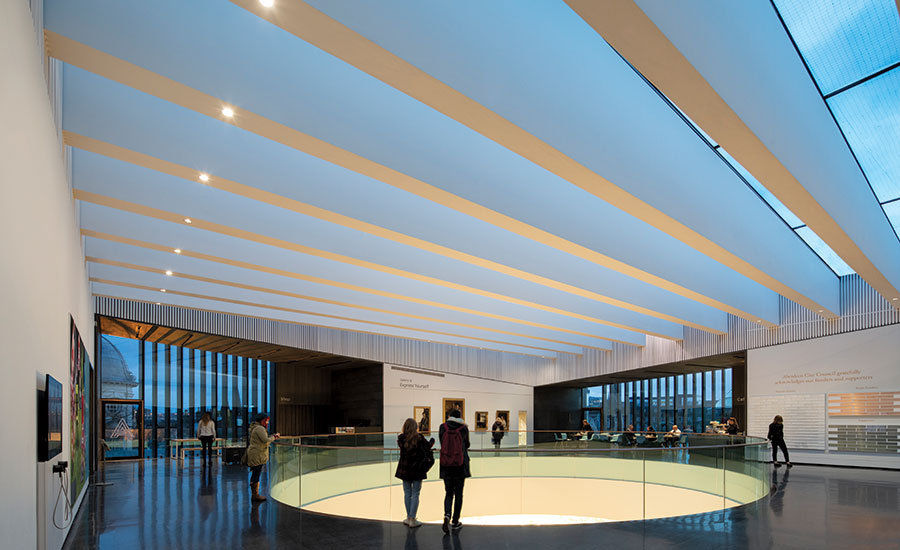 The daylit sculpture gallery (1) is located below the glazed roof of the museum’s new third floor (2 and 3). Photos © Gillian Hayes, click to enlarge.

Variations in the color of the light do not correspond directly to conditions outside, but they suggest the behavior of daylight by changing over time. Programmable settings are currently the same for all seasons, though they may be adjusted, in response to feedback or curatorial needs. Flexibility is provided by spotlight tracks within the edges of the laylights and linear LEDs, tucked behind plaster cornices that cast light upward over the original curved ceilings.

The design also celebrates the museum’s architectural heritage. In the top-lit sculpture court, daylight is complemented by a lighting system that accentuates details at its edges, such as a lofty sculptural frieze and the vaulted arches lining its perimeter that are uplit by luminaires on column capitals. “If possible, we hid fixtures so that you see what we want you to see—the architecture—rather than the light source,” says Donahue Bremner. But where the protected historic fabric made this impossible, the benefits of lighting were weighed against the visible presence of technology. In the sculpture court, reflected light from the vaults obviates the need for downlight and creates an enclosure at the museum’s heart. 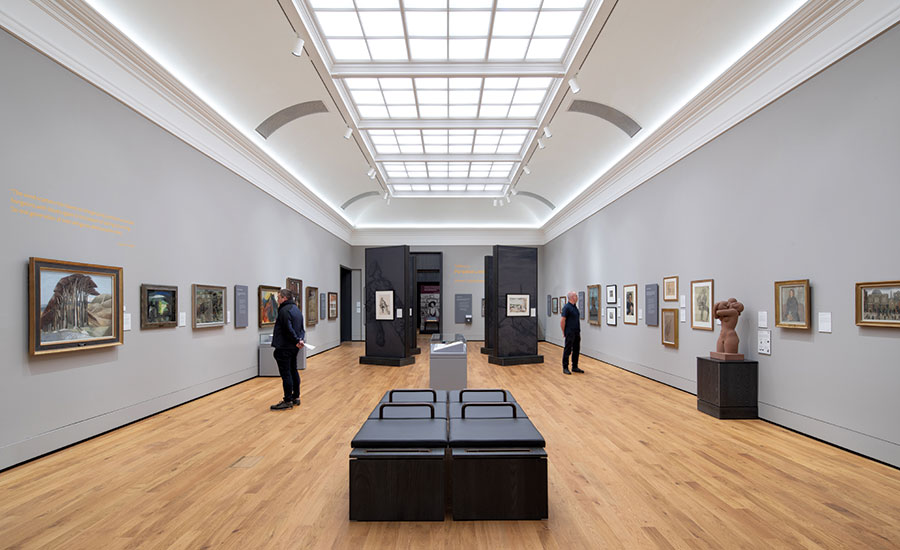 Overhead, an existing skylight has been replaced by the roof of the extension one floor above, with ribbons of glass set between deep beams. At night, lighting is directed onto one side of each beam, so that the roof structure doesn’t become a big, dark mirror but acts as a positive ceiling. Another contemporary intervention is found within the triple-height Remembrance Hall near the entrance, where a ring-shaped pendant can be raised and lowered to suit uses ranging from temporary exhibitions to military memorial ceremonies. Measuring 18 feet in diameter and weighing 1,100 pounds, this halo incorporates a panoply of lighting technologies that provide both visual brightness and the ability to highlight specific areas within the space. A back-lit outer face emits a “soft, general” light, while uplights wash the domed ceiling, low-glare adjustable downlights illuminate mobile exhibition cases, and high-definition video projectors allow artists to show works on the floor.

The measured approach extends to the exterior, where illumination is concentrated on a few elements of particular importance—including dials above the pedimented windows and a sculptural war memorial—and is supplemented by light spilling from carefully positioned custom copper fixtures within the gallery’s restaurant. Such restraint is the product of both environmental and aesthetic concerns. Whether highlighting one of the many facade details loved by the public, or gently augmenting or simulating daylit interiors, Speirs + Major shows that less can be more.