For years, a triangular site, only 350 square feet in size and owned by the city, sat vacant in a neighborhood near the historic center of Amsterdam. Small and awkward, this urban remnant left from a decades-old demolition eventually tempted a couple—an architect/engineer and a gallery owner—to buy the parcel for their home. The two asked Croatian-Dutch architect Lada Hrsak—whose multidisciplinary firm, Bureau LADA, is based in Amsterdam—if she could come up with a livable design.

There was only one way to go: up. Hrsak designed a five-story shaft that would accommodate one function per floor in its polygonal plan. Entering the vestibule, you find a space for an office or a guest room on the ground level. Mounting the spiraling stair on the west, you arrive at the kitchen and dining area. Each floor serves as a de facto stair landing: you loop around and continue up, arriving at the living room on the third floor, then the bedroom above. A roof terrace occupies the top of the “Towerhouse.” There is no elevator, but at least you don’t need a home gym for your exercise. 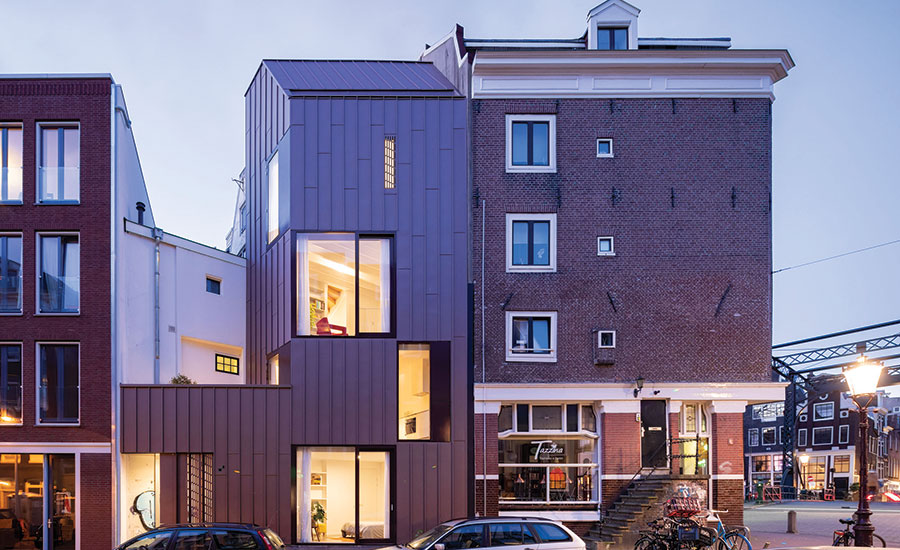 Hrsak says that a strong inspiration came from Japanese architect Takamitsu Azuma’s exposed-concrete house that he built for his family in Tokyo in 1966. “I am fascinated with pocket houses in Japan,” says Hrsak, “and, like this one’s, Azuma’s site was triangular.” For Bureau LADA’s building, which totals 900 square feet, top to bottom, the architects employed a prefabricated wood structure placed on a concrete foundation. Hrsak then clad the exterior in prepatinated, light-gray zinc that blends into the picturesque, mostly brick Jordaan district. 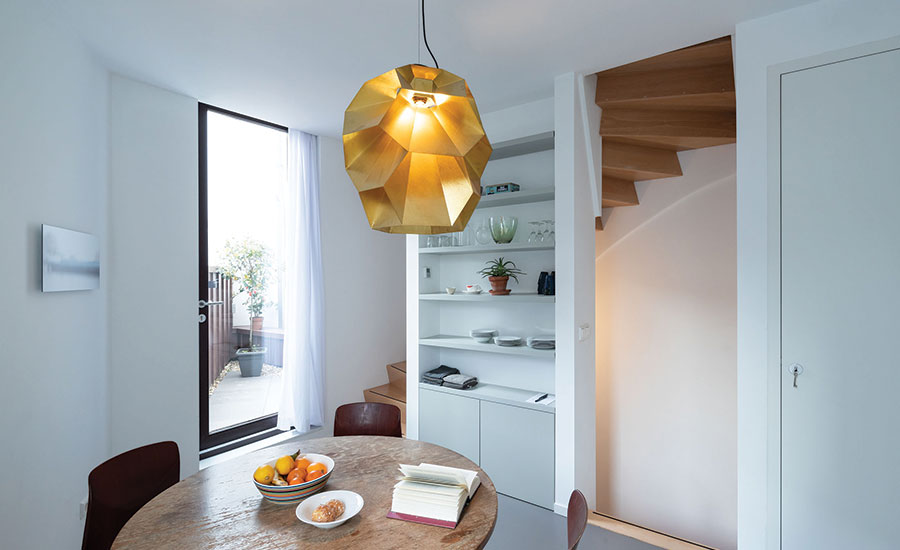 Up one flight of stairs from the street is the dining/kitchen area, which opens onto a terrace. 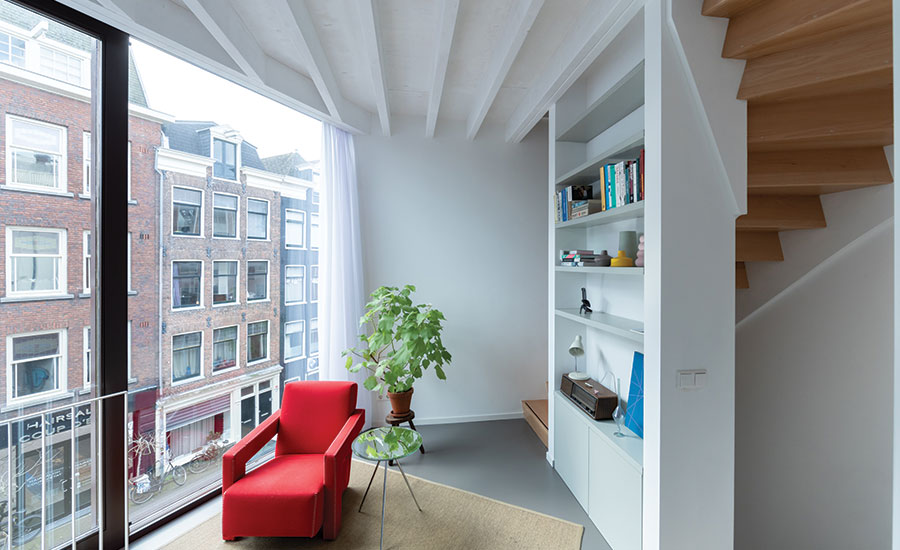 On the third level is the living room.

With its idiosyncratic form, in which large windows are placed at different angles, “You see the layers of city,” Hrsak says. “We could have filled up the entire plot, but we cut the building back for diagonal views.” Iwan Baan, who captured its diminutive quality in these photographs, adds, “Each floor has a different focus on the surrounding area, and, with the large windows, you feel as if you are almost outside, hovering above the street.”