Among the many shocking and disorienting experiences of 2020 was the arrival, during quarantine, of Zoom as the default social experience. More quickly than I could have imagined, its flat boxes became the venueless venue for everything—church, classroom, and banquet hall rolled into one. The mise-en-scène of the flat background was not merely a strange new public architecture but, for a moment, our only public architecture. Looking through peepholes, we saw each others’ stairways and ceilings, bookshelves, mantels, headboards, and dirty dishes. The domestic environments and the ease of connection offered a strange intimacy, even as the grid of faces made it painfully clear how much was left out—nothing less than our entire physical experience of the world.

But in my household, with a 7- and 10-year-old home from school, another virtual environment rushed in to fill that void: the candy-colored islands of Animal Crossing: New Horizons, an elaborate new video game released by Nintendo in March, which has since sold more than 10 million copies. Like Sim City or Minecraft, Animal Crossing involves inhabiting and building a virtual world, the details of which are surreal, or maybe preposterous. Your tropical island is populated by cute talking animals; there is an elaborate currency scheme based on turnips, a complete absence of violence, and an abiding ethos of neighborliness and cooperation. The main activity on Animal Crossing is design. You can buy and arrange furniture, tchotchkes, flooring, and wallpaper. Eventually, you can “terraform” the island itself, paving its pathways with different materials, and erecting bridges and hills. Along the way, friends—both real and artificially intelligent—stop by to visit and admire what you’ve done with the place. As in real life, jealousy abounds.

The digital world of video games opens up a way of seeing architecture as distinct from the ‘built, solid, concrete, and understandable.’ 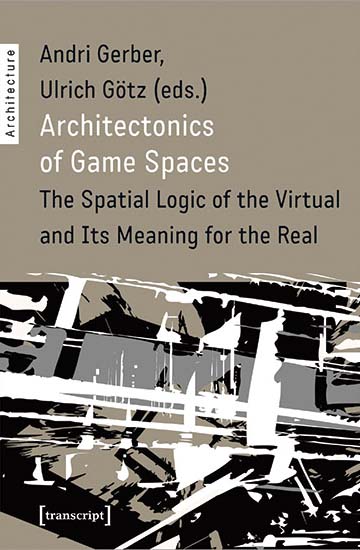 In Architectonics of Game Spaces: The Spatial Logic of the Virtual and Its Meaning for the Real (Transcript Verlag), the Swiss architects Andri Gerber and Ulrich Götz assemble a range of essays and interviews that argue for the importance of these simulated worlds to design. The digital world of video games opens up a way of seeing architecture as distinct from the “built, solid, concrete, and understandable,” Gerber writes. Amid that instability—in the “weightlessness of architecture in video games”—lies possibility. Especially now that so much more is virtual, at least temporarily, their notion that video games might clarify how we understand real places has new urgency.

On our Animal Crossing island, the changes happening each day were shockingly vivid—especially in the absence of any changes to the real world. My kids delighted when the little department store, Nook’s Cranny, was expanded and refreshed, remodeled as a hotel lobby. On another day, they worked on collecting and arranging the components of a little Tivoli Gardens, with a teacup ride and a popcorn stand. Back in the real world, there was a debate raging about the usefulness—in a time of pandemic—of offices, universities, theaters, and even cities themselves. But in the game, it was obvious what its places were for. A meteor shower one evening inspired the construction of a star-gazing platform, a wooden deck at the crest of a bluff. 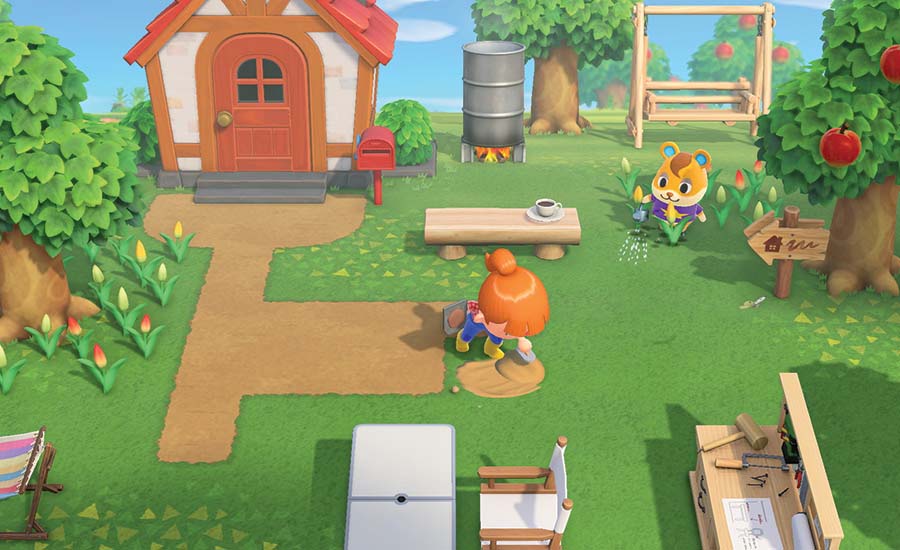 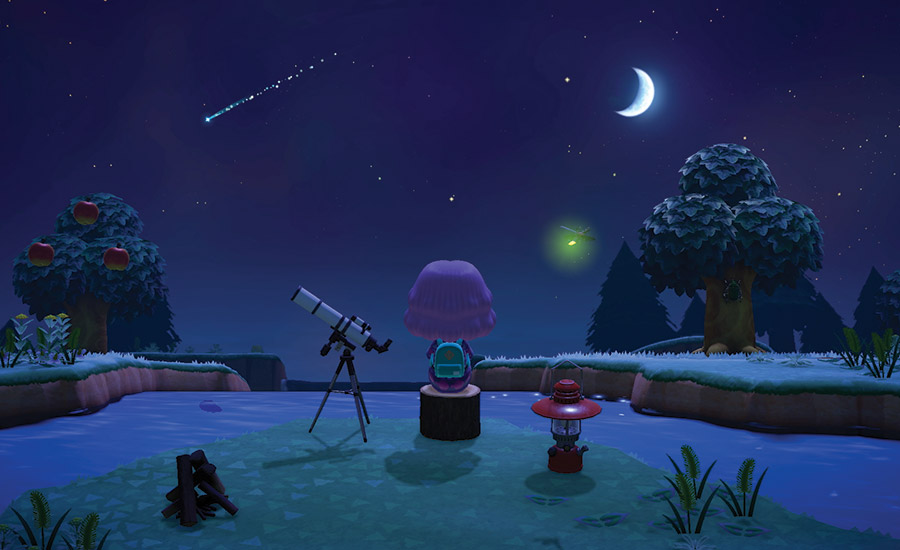 Scenes from Animal Crossing, where players create their surroundings, and the main activity is design. Images courtesy Nintendo, click to enlarge.

Animal Crossing wasn’t just for kids. I began seeing friends—grownups—posting images of their islands on Instagram, and one afternoon I responded to one, an acquaintance from a design conference. She immediately connected me with Brent Kawahara, a former creative director at Banana Republic, who had spent the entirety of his quarantine in San Francisco constructing an elaborate fantasia in Animal Crossing. The next afternoon—because what else was there to do?—my kids and I arrived at Brentonia, as he’d named it. We set up a Zoom link so he could narrate a tour, through a surf camp lit by tiki torches, and a bedroom like a Japanese bathhouse. Brent had dressed for the occasion, wearing a red ascot that matched his avatar. He was grateful for Animal Crossing, he said, “for a place to channel some of this anxious energy, to exert some control, and to share and collaborate.”

I realized how strange it is that the pandemic had us asking, “What are places for?” when this virtual place had an easyswer: to be outside, to bump into friends, to build and buy things that help us project a unique version of ourselves. In another essay in Architectonics of Game Spaces, Stefano Gualeni, a philosopher and game designer at the University of Malta, points out that “virtual worlds disclose artificial and often extra-ordinary horizons of possibilities for both doing and experiencing.” In pandemic-era Animal Crossing, the extra-ordinary was quite ordinary: we all just wanted to hang out together. The lesson for architecture wasn’t about form or material (or its lack), but merely that places become more real, and more fun, when other people visit. The interaction is the point. Quarantine had taken that away, or at least boxed it up on the screen, but the game world had brought it back.

In early June, this took on new urgency.

When the latest Animal Crossing first came out, I’d read about how in-game protests by Hong Kong democracy activists had led to its being removed from sale in China. When Black Lives Matter protests overwhelmed the U.S., they inevitably appeared in Animal Crossing as well, with screen captures leaping to social media. But this was a moment when the limitations again were obvious. As the real streets filled with people, we no longer had to ask what streets were for (not for cars). If there was a brief moment when it seemed as if we were never going back to the world (or at least the office), the presence of millions marching together erased the thought. The game again was just a game.

Andrew Blum is the author of The Weather Machine: A Journey Inside the Forecast, now out in paperback.