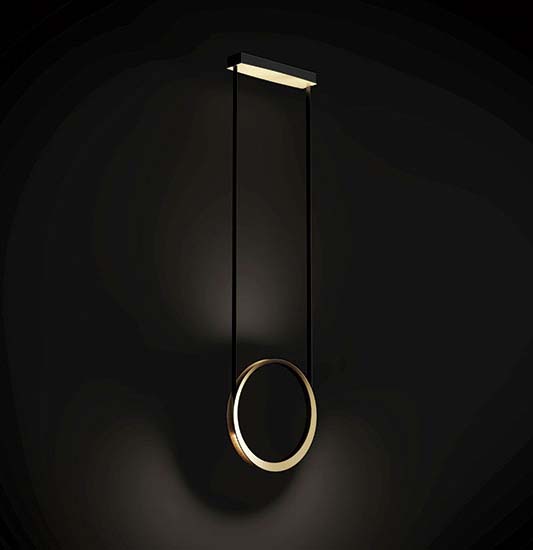 Taking inspiration from its namesake, this suspended ring incorporates LEDs within the ring and the pendant’s canopy that create an intriguing waxing or waning crescent along the rim. The pendant is available as a single 20"-diameter unit or a clustered grouping of rings in varied diameters. The suspension lamp is made of aluminum with an aluminum or brass finish.
quasar.nl

Artemide offers a new way to sanitize spaces—without injecting a sterile-lab aesthetic. Select models from the brand integrate specific light frequencies and UV light that inhibit growth of bacteria and attack microorganisms. Controlled by way of an app on phone or tablet, the sanitizing mode can be switched off or combined with an occupancy sensor. The rest of the time, the fixtures appear and function like ordinary luminaires.
artemide.net 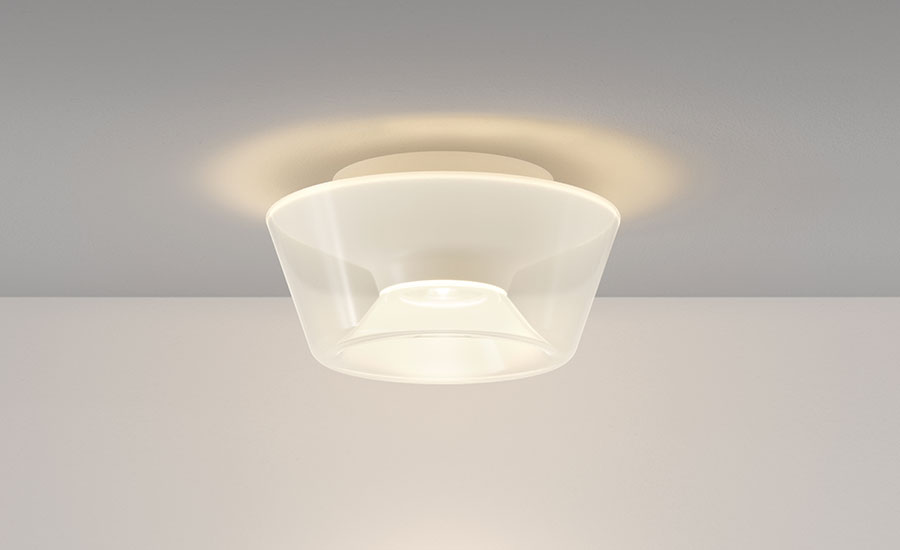 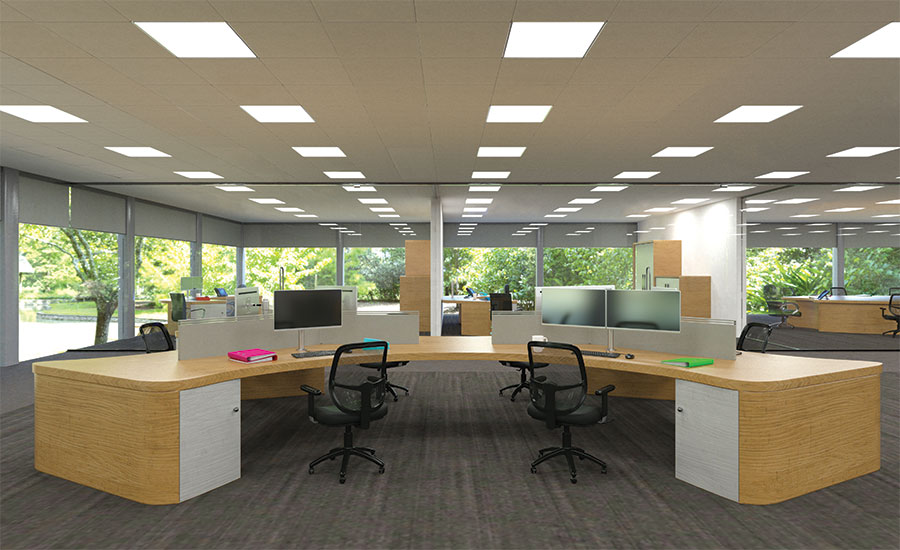 Columbia Lighting’s minimalist edge-lit panels come in three sizes with either a flange or surface-mount installation kit (a cable-mount version is also available). The controls can be networked in wired, wireless, or a hybrid configuration, making the luminaire flexible for retrofit projects. Additional options include dimming, emergency battery, and up to 16 different lumen outputs.
hubbell.com 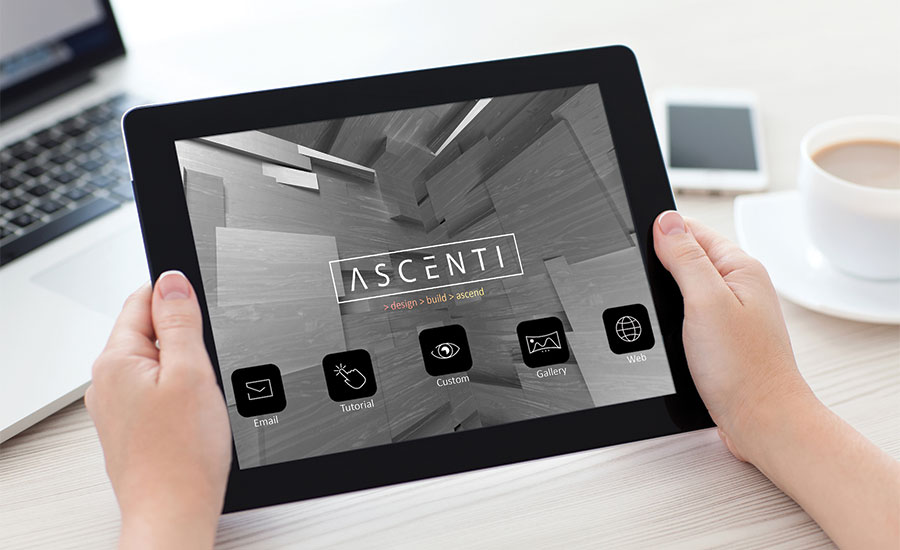 Remote working has made product visualization challenging for architects and designers, but manufacturers are developing solutions to tackle this issue, among them Ascenti Lighting. Its new augmented- and virtual-reality app superimposes fixtures and their lighting effects onto virtual recreations of projects on-screen. Users can modify the fixtures in real time.
ascentilighting.com 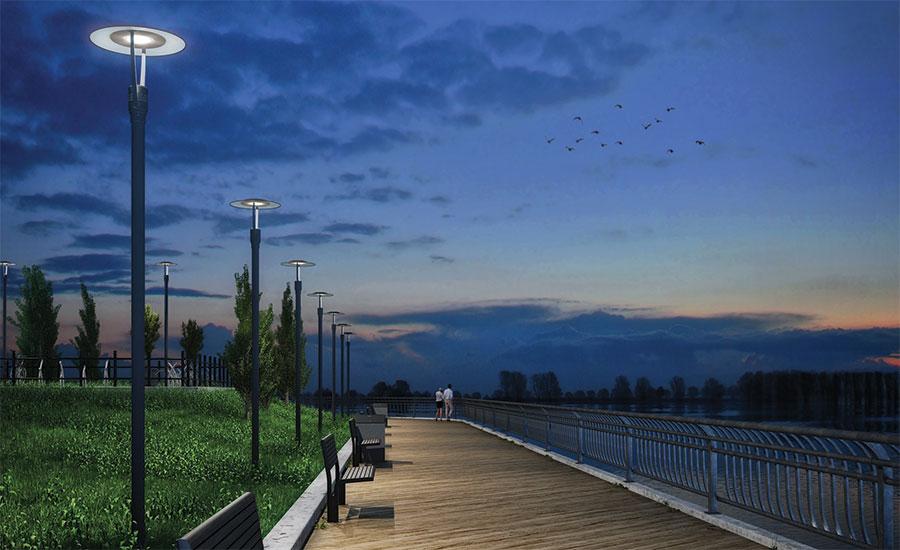 Luminis has updated its Maya family of exterior luminaires with enhancements such as an innovative micro-optics design to reduce glare, a micro-shield to reduce light spillage onto residences, and an increase of up to 25% in output. Three new models were added to Maya including a 90º arm post and pendant (the latter suitable for covered areas).
luminis.com 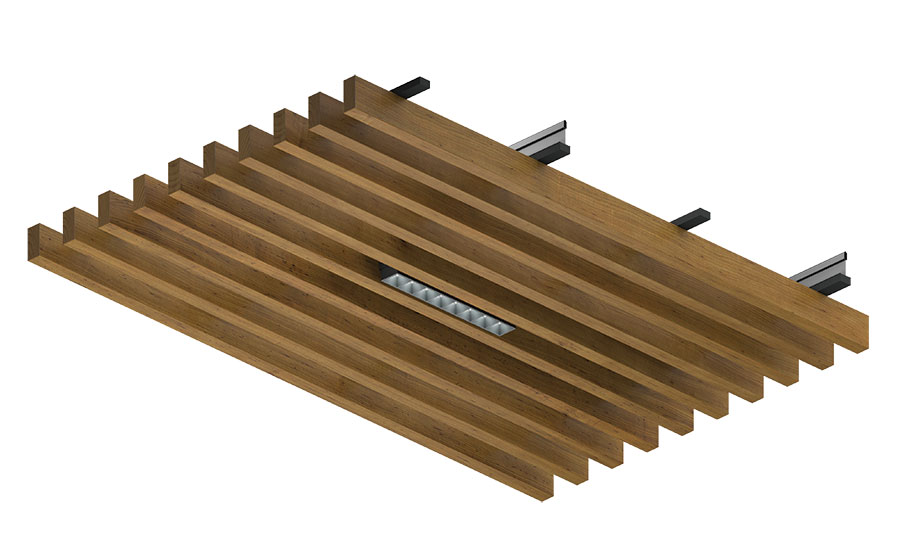 Once again teaming up with Armstrong Ceilings, USAI has launched mini square luminaires that can be set into the gaps of Armstrong’s WoodWorks vertical- or horizontal-slat acoustical grilles. The lighting is available in downlight and wall-wash versions, each with two to eight cells arranged in a linear configuration. The wood grilles come in a choice of four stains, white paint, or custom finish.
usai.com 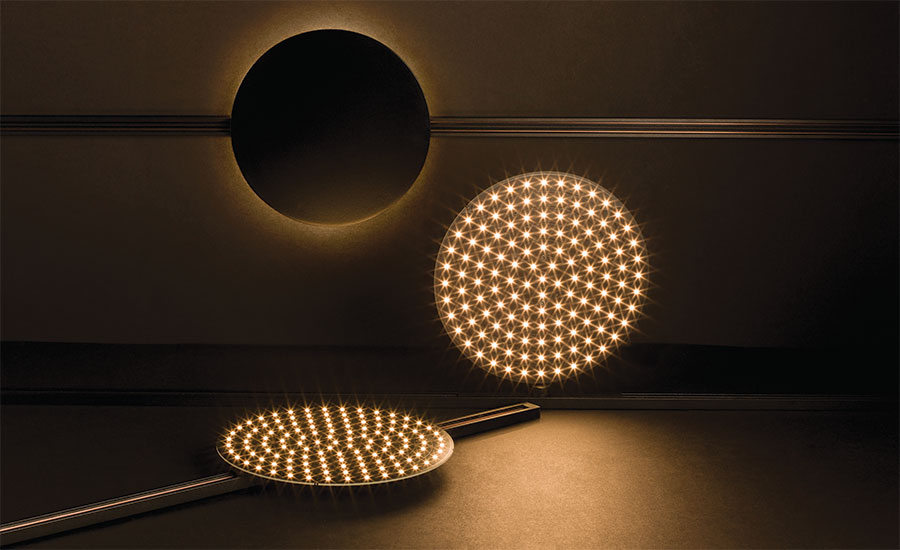 British designer Tom Dixon and Austrian architectural-lighting brand Prolicht partnered to reimagine track lighting. Their whimsical version features a track onto which exposed LED circuit boards are installed. The boards are available in three styles—Dot (round), Grid (square), and Dash (linear)—that can be grouped and configured in numerous ways.
tomdixon.net 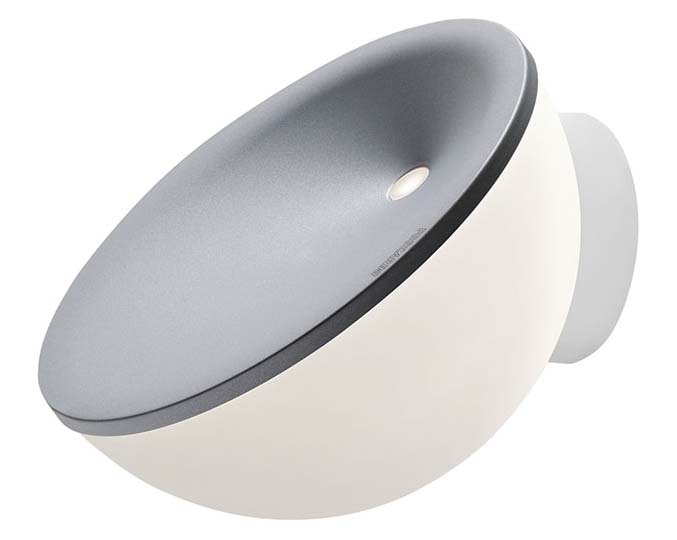 Foscarini’s playful LED luminaire features a button-like shade backed by a domed translucent body that rotates 360º on a partially concealed mount. This form and movement create a floating effect and indirect illumination as the light bounces off walls and ceilings. Beep is available in a 7¼" or 115/8" diameter.
foscarini.com 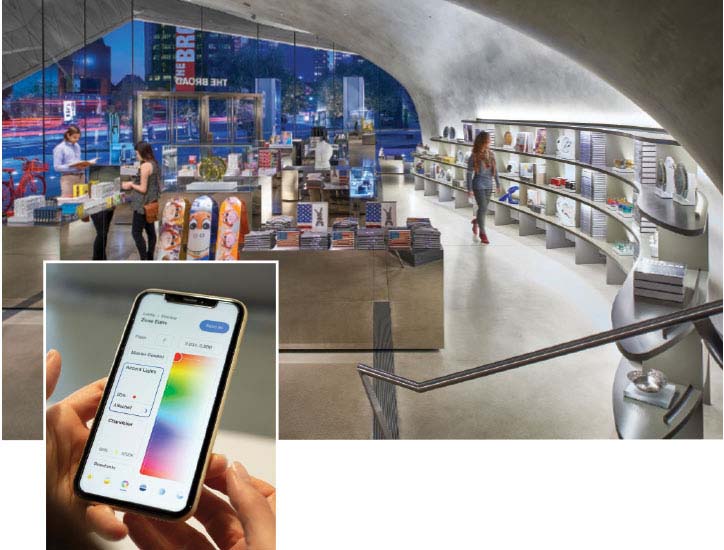 Lutron is widely known for its controls and mechanized window shades, as well as its Ketra-brand dynamic lamps and luminaires. Now the manufacturer has developed a simplified app that offers universal fixture control in zones defined by the user. Athena works over local network or via internet, and makes adjustments on the fly for special events without affecting system presets.
lutron.com