In designing a vacation house on the Pacific coast of Costa Rica, the architect Ben Saxe faced a common problem here: how to address the climate, which can alternate between drenching rain and hot sun on the same day. Saxe, who founded Studio Saxe in San Jose five years ago, had previously worked for Rogers Stirk Harbour + Partners in London. Drawn to the firm’s high-tech ethos, he decided to create a canopy-like white steel structure for this 4,000-square-foot house. 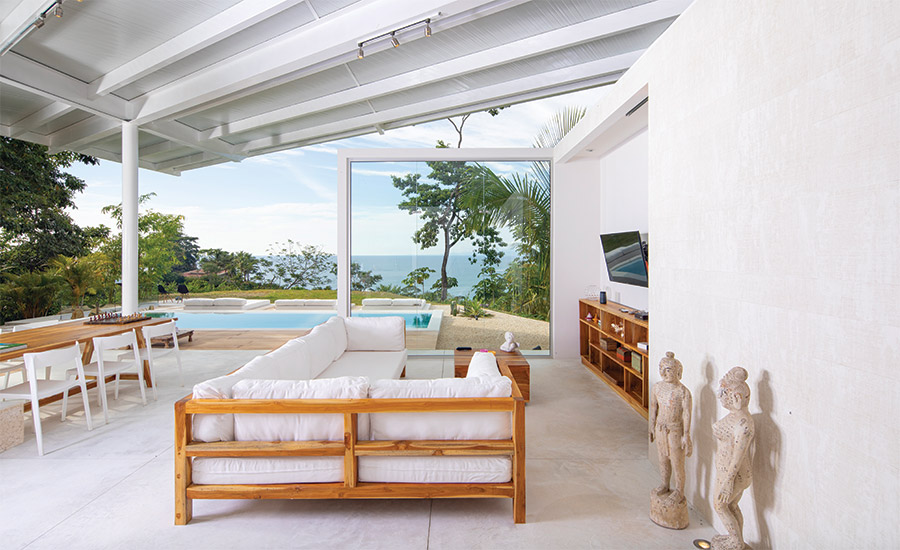 The living/dining area is open to the outdoors, like a porch. 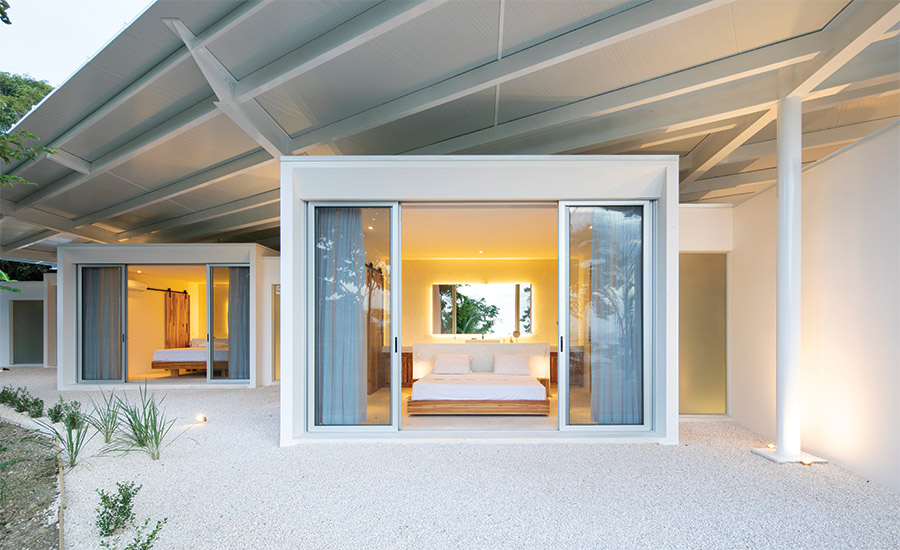 The bedrooms are contained in discrete modules.

Saxe tucked all of the various functions under a broad, gently pitched polygonal roof, leaving the living/dining area open to the outdoors as if it were part of a large porch. Built-in cabinets store furnishings when the Santiago Hills house is unoccupied, since the owner, who is Belgian, frequently rents it out. Three discrete bedroom pavilions zigzag to the rear, each a module fronted by sliding glass doors facing southeast. Cement board and aluminum panels held within the steel frame enclose the bedrooms’ remaining sides.

The steel, precut and imported to San Jose, was assembled on-site. “It’s put together by local labor, much like the teak furniture,” says Saxe. “We seek to create an authentic language of local materials and industrial technology.” 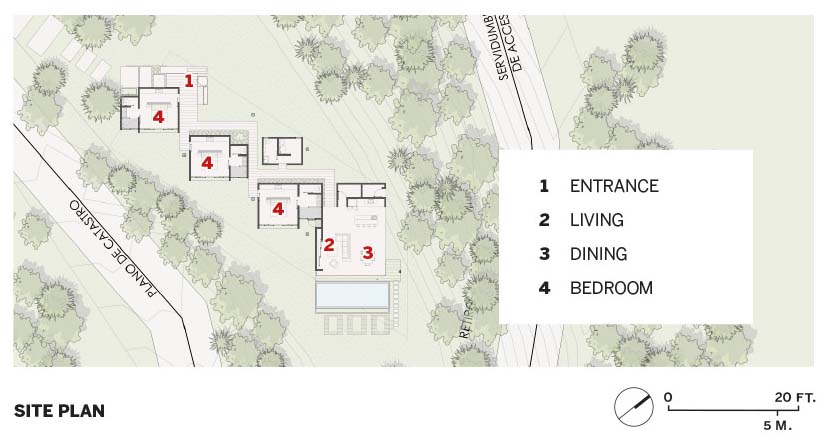