In a move that may be a sign of shifting priorities, the American Institute of Architects (AIA) has named Santa Fe, New Mexico–based architect Edward Mazria as the recipient of its 2021 Gold Medal. Past winners of the annual prize—considered the organization’s highest honor—have typically made their mark on the profession through their body of built work. Mazria, however, is instead known for his climate activism and credited with shining a light on the connection between buildings and global warming. “We are major emitters,” he says, referring to the architecture and construction industries.

Mazria has championed his cause through Architecture 2030, the nonprofit organization that he started as a pro bono arm of his design practice in 2002. Because of the group’s work, just about every architect knows that the built environment is responsible for nearly 40 percent of global greenhouse gas emissions—more than any other sector. But Mazria has not only raised awareness about architecture’s carbon problem, he’s shown that buildings are central to the cure. “Without Ed’s tireless efforts, the relevance of your profession to climate solutions would be considerably less appreciated or integrated into global climate action,” wrote Michael Northrop, the sustainable-development program director for the Rockefeller Brothers Fund, in a letter of support to the Gold Medal jury.

Just a few of Architecture 2030’s initiatives include: the 2030 Challenge, which sets efficiency targets that grow increasingly stringent over time in order to reach carbon neutrality for new buildings by 2030, and for the entire built environment by midcentury; the Carbon Smart Materials Palette, a specification tool aimed at achieving reductions in the carbon embodied in construction materials; and the Zero Code, a standard that supports the design of carbon-neutral buildings. With the AIA, Architecture 2030 successfully lobbied for the inclusion of the Zero Code in the newest version of the International Energy Conservation Code. 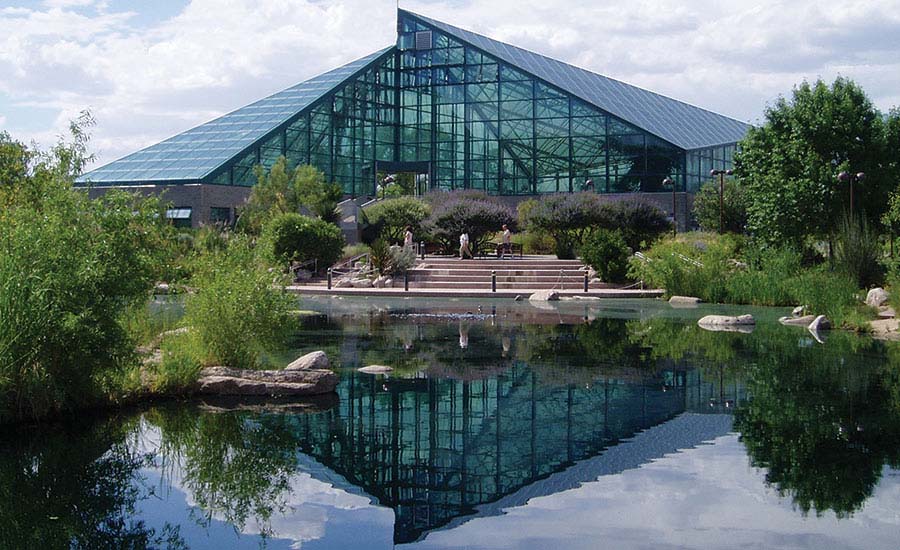 Mazria’s advocacy builds on his work as a researcher, writer, teacher, and practitioner. After earning his Bachelor of Architecture from Pratt Institute in 1963, the Brooklyn native volunteered for the Peace Corps in Peru, an experience, he says, that instilled in him an appreciation for architecture as a catalyst for social and environmental improvement. Back in New York, he worked in the office of Edward Larrabee Barnes (the 2007 Gold Medalist). He completed an M.Arch. degree at the University of New Mexico and then took a teaching position at the University of Oregon. The research and experimentation he conducted at both institutions resulted in The Passive Solar Energy Book (1979), which has been translated into five languages. Returning to New Mexico to establish his office, he put the book’s climate-responsive design principles into practice in such projects as the Museum of Indian Arts and Culture (1987) and the renovation and expansion of Georgia O’Keefe’s estate, Sol y Sombra (1985–91), both in Santa Fe; and the Conservatory at the Rio Grande Botanic Garden, in Albuquerque (1998).

Over the past several decades, Mazria has had a measurable influence on the AIA. He was a founding member of its Committee on the Environment in the 1990s. The 2030 Challenge became the basis for the institute’s 2030 Commitment program, a voluntary initiative started in 2009 that asks design firms to track their progress toward carbon neutrality. His advocacy would also provide the foundation for a 2019 resolution overwhelmingly approved by the AIA’s membership for “urgent and sustained climate action” and for making climate-change mitigation a top priority in the organization’s current strategic plan (see page 29).

Mazria has also played a role in shaping environmental policy globally. His efforts were key in achieving a 2015 “China Accord,” a pledge by 59 Chinese and international architecture firms to design low-carbon buildings and cities, and for including the 2030 Challenge targets in the Paris Climate Agreement.

Now Mazria is calling on global leaders to accelerate their climate goals. Consistent with a 2018 United Nations report, in order to limit global temperature rise to 1.5 degrees Celsius and prevent climate catastrophe, Mazria is advocating for zero emissions by 2040. He’s optimistic that architects can meet the target, citing data that show energy consumption declined by 21 percent in the U.S. building sector between 2005 and 2019, even though 47 billion square feet were added to the country’s building stock. “It is doable,” he says, pointing out that Modernism completely transformed architecture in the three decades between the Bauhaus and the construction of Lever House in Midtown Manhattan. All was accomplished “without the materials, equipment, and design and communication tools we have today.”