What Biden's "Building Back Better" Could Mean for Architecture

The ears of architects, engineers, landscape architects, and urban planners may have collectively pricked up when Biden and Harris as candidates began touting a campaign slogan last summer of “Building Back Better.” So far, the executive orders and proposals in the administration’s early days suggest quite a lot of industry mobilization to support new clean-energy plants, new infrastructure, and new housing.

The administration, transitioning during a global pandemic and at a time of domestic unrest, has as its immediate priorities managing the Covid crisis and vaccine distribution, of course, while trying to rebuild democracy within a country that seems anything but united. At the same time, work is beginning immediately on an issue that would be top priority in any year: climate change.

Led by the country’s first National Climate Advisor, Gina McCarthy—who served as the Environmental Protection Agency (EPA) administrator from 2013 to 2017—and with the confirmation of Michael Regan as the new leader of the EPA, the Biden-Harris administration is well positioned to carry out its climate proposals, including beginning work on fulfilling a campaign promise to achieve net zero carbon emissions by 2050. Understanding that cutting reliance on fossil fuels can threaten employment, the Biden-Harris administration seeks to create new jobs supporting clean energy. As McCarthy outlined in a recent CNN opinion piece, “Whether it’s building and deploying offshore wind turbines in the Northeast, installing solar panels in Nevada, or retrofitting residential and commercial buildings in Ohio, we are making sure the clean energy revolution is made in America, bought in America, and built by American workers.”

Among the most significant hurdles the new administration faces will be untangling and undoing policies put in place over the last four years. Under the Trump administration, the EPA was led first by Scott Pruitt—a fossil-fuel lobbyist who resigned midway through his term due to multiple investigations into ethical breaches and conflicts of interest—and subsequently by his deputy, coal-lobbyist Andrew Wheeler. Pruitt and Wheeler spent their tenures at the EPA erasing the agency’s legacy by rolling back more than 100 of its environmental regulations. As the EPA’s first administrator, William Ruckelshaus, put it in 2017, “We’ve spent 40 years putting together an apparatus to protect public health and the environment from a lot of different pollutants. [Pruitt]’s pulling that whole apparatus down.”

When confirmed as the new EPA administrator, Regan pledged to combat environmental inequality while reaffirming an agency belief in science as the primary weapon against climate change: “Our priorities for the environment are clear. We will restore the role of science and transparency at EPA,” he said in the opening statement of his Senate confirmation hearing. “We will support the dedicated and talented career officials. We will move with a sense of urgency on climate change, and we will stand up for environmental justice and equity.”

The administration’s climate goals won’t be achieved by simply trading jobs in the auto industry for jobs manufacturing zero-emission vehicles, but that’s one place to start; changes to help cities that promote mass transit over single-occupancy-vehicle infrastructure will take longer to unfold. And McCarthy suggested that new industries will arise through the pursuit of clean-energy infrastructure such as wind-power complexes, akin to a contemporary version of the WPA—or a Green New Deal, if you will. While building new industries will be an important part of keeping the country’s workforce engaged, proactively not building has taken on an equally important role, as in the “30 by 30” plan, which proposes conservation of 30 percent of U.S. land and waters by 2030. 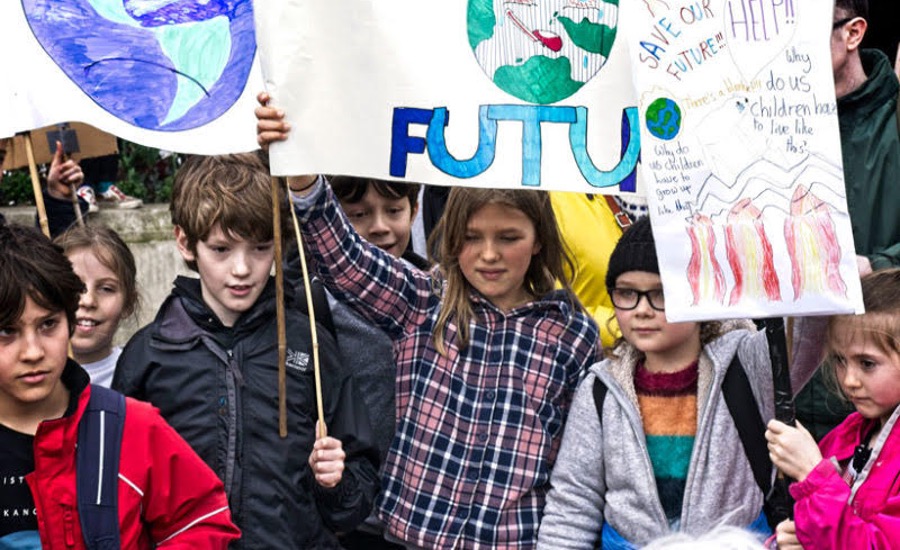 On the transportation front, Pete Buttigieg has a track record, as mayor of South Bend, Indiana, of reorienting urban-planning priorities around pedestrians and cyclists. To carry off a nationwide plan will be a much heavier lift, but Buttigieg, as the newly confirmed transportation secretary, is already talking about building up a network of high-speed trains to rival the best in the world, starting with a $205 billion five-year plan, the American High- Speed Rail Act, introduced by Congressman Seth Moulton (D. Mass.), to modernize railway infrastructure.

It’s also encouraging to think what a Housing and Urban Development (HUD) department guided by Rep. Marcia L. Fudge could accomplish, when seemingly all Secretary Ben Carson could do was eliminate the Obama administration’s 2015 Affirmatively Furthering Fair Housing (AFFH) regulation. Already, President Biden has signed an executive order prohibiting gender identity and sexual orientation discrimination and has signaled a review of the evisceration of AFFH. In her confirmation hearing, Fudge noted that HUD’s responsibilities directly affect the people in this country most in need: “It bears mentioning, particularly in this moment of crisis, that HUD—perhaps more than any other department— exists to serve the most vulnerable people in America. We need to deliver on the administration’s commitments on improving the quality, safety, and accessibility of affordable housing and building 1.5 million new affordable homes.”

Some may be wondering what has happened to Trump’s Executive Order, “Promoting Beautiful Federal Architecture,” to mandate classical architecture for federal buildings in Washington, D.C., and one lambasted by many architects, which was signed in December. As record goes to press, the AIA says that it is continuing to work with the Biden administration to reverse the executive order.

Once the pandemic is under control, the country can begin to move full speed ahead on “Building Back Better,” in Washington, D.C., and elsewhere, ensuring that we have the infrastructure in place to make the country sustainable well into the future.