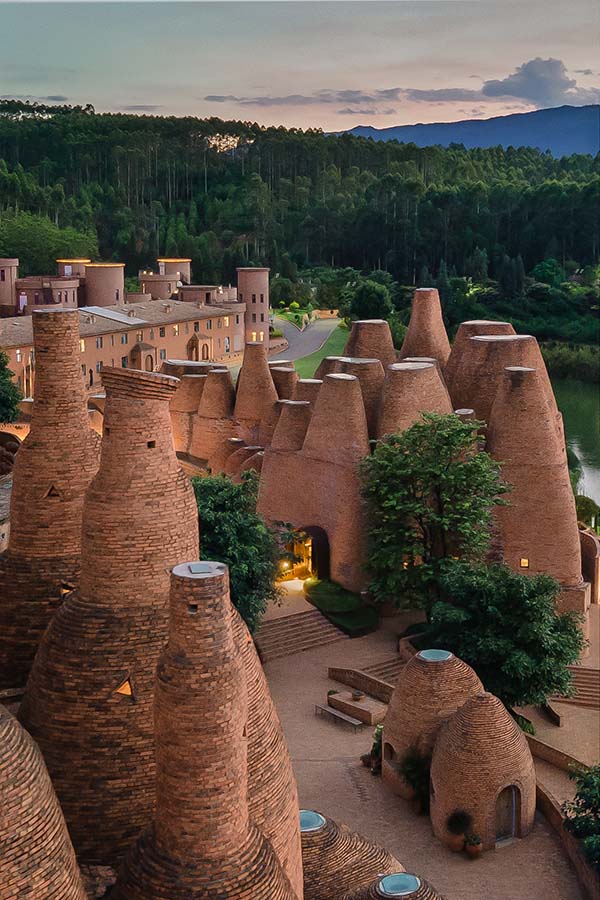 More than a dozen bottle-shaped structures form the Kaleidoscope art museum in southeastern China’s new Dongfengyun Town. So far, the town (which will span over two square miles when fully realized) also includes a multipurpose hall, a restaurant, and hotel, all of which are composed entirely of local red brick and soil and are creations of Luo Xu, an artist also from the region. The bulbous, soaring forms represent bottles from the nearby Yunnan wine region, says Xu, but can also be interpreted as an abstraction of the fires around which locals dance in an annual festival. Joe Cheng, founder of Hong Kong–based Cheng Chung Design (CCD), who designed the interiors throughout Xu’s complex, describes being surprised and moved by the forms at first sight. “The curves and contours of the building seem to be casual yet full of tension,” he says. Narrow skylights are the structures’ only source of daylight; the layout and flow of the interiors were all about seizing the limited illumination and letting the raw architecture shine, says Cheng. 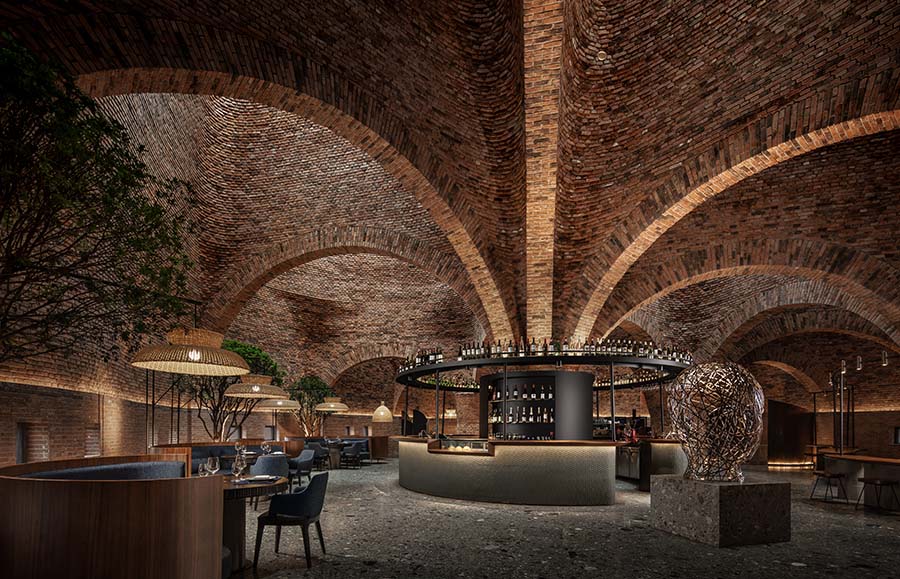 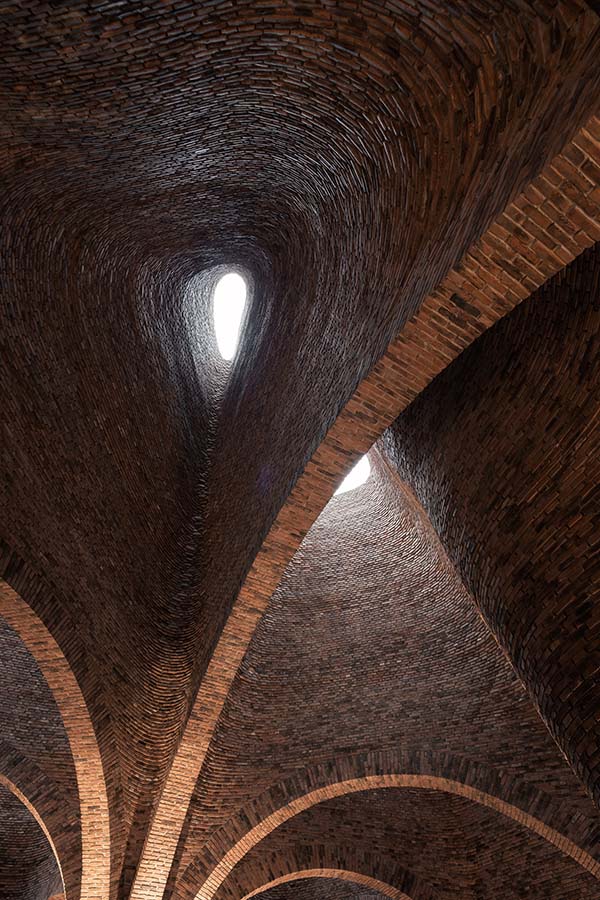 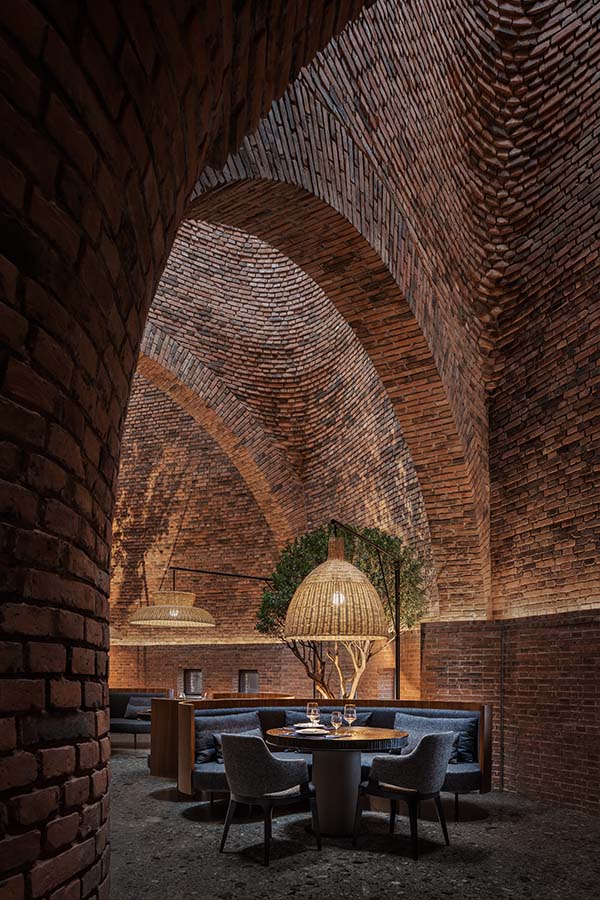 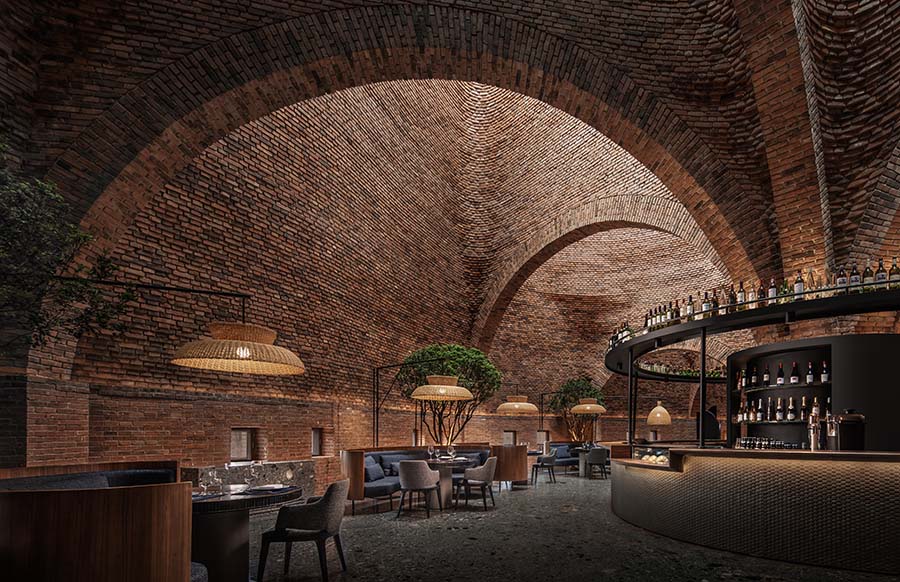