MAD Architects’ biomorphic, concrete library, called Cloudscape of Haikou, has opened in the historic port city of Haiko, in the island province of Haina, China. It is built on a grassy, waterfront plot in the city’s Century Park and overlooks Haikou Bay and the Qiongzhou Strait, south of Mainland China. 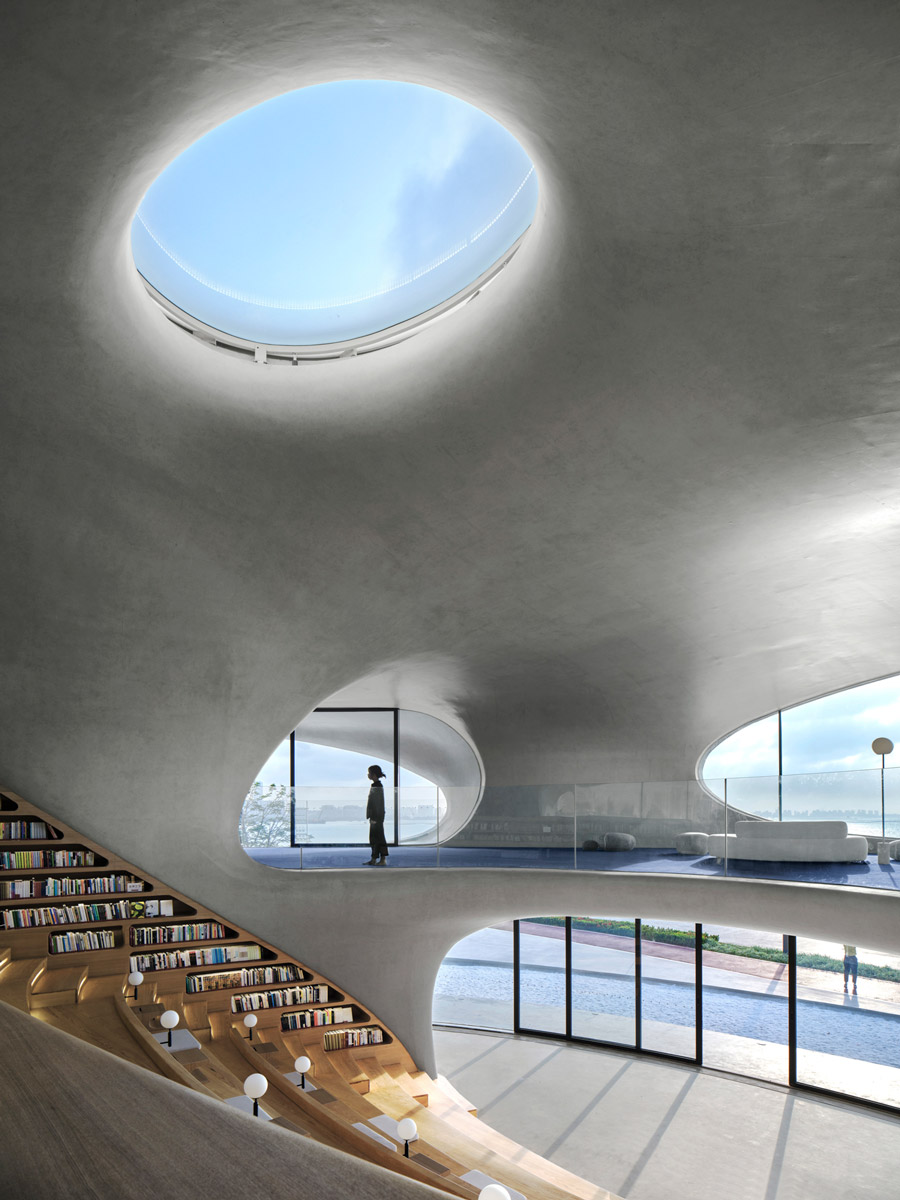 The building’s sinuous exterior and interiors are formed by a sweeping ribbon of white concrete that creates walls, terraces, floors, ceilings, entries and window openings. Its sensibility is similar to MAD’s Harbin Opera House, which was completed in 2015 in Harbin, China.

The newly-opened structure comprises 11,000 square feet of space, with 7,500 square feet dedicated to a public library and a 3,500-square-foot complex with amenities for visitors to the adjacent waterfront park, such as a café, restrooms, showers and bike storage.

“We want the building to be an urban space that people would like to make part of their daily lives,” said Ma Yansong, MAD Founder and Principal Partner, in a press release. “Architecture, art, humanity and nature meet here, and they will open up a journey of visitors’ imaginations to explore and appreciate the meaning that different beauty brings to their lives." 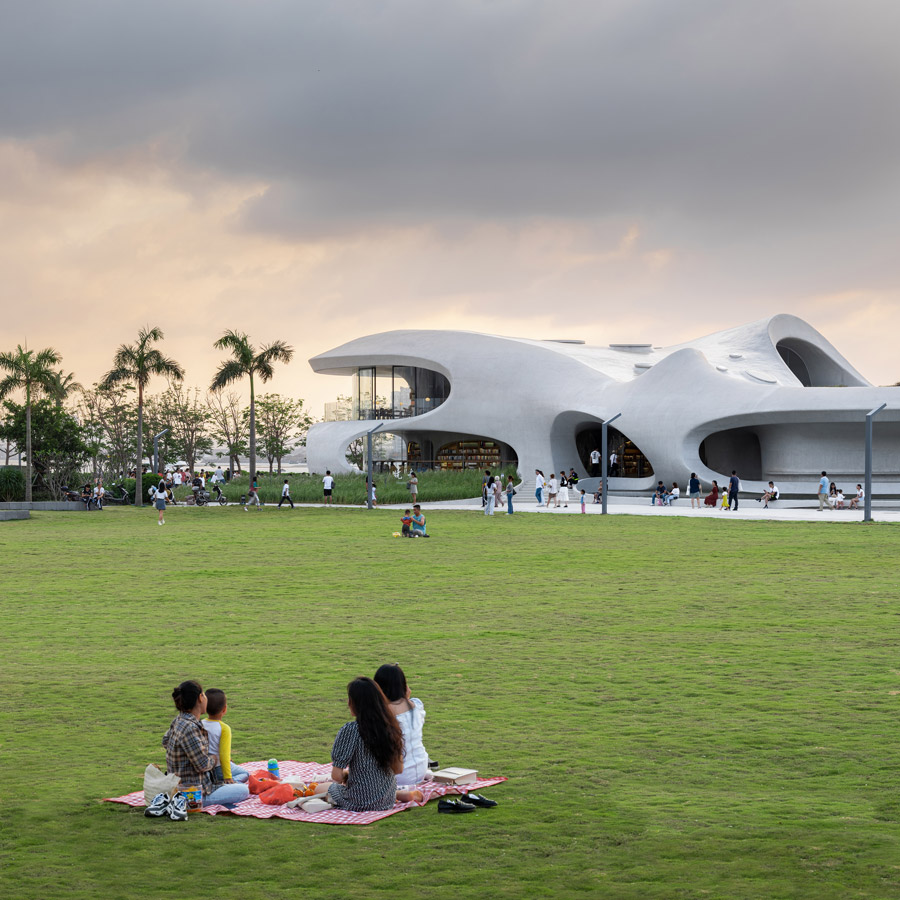 Within the library portion is a central reading room with tiered levels designed like a stadium, with pale wood desk areas and shelves, akin to Steven Holl’s Queens branch library in New York City that opened in 2019. A pathway spirals up two levels to an oculus, with the first floor housing a reception area with a terrace and an event space, and a children’s area is on the second floor, as well as a rooftop. Large windows and skylights flood the interiors with natural light, while accents of bright blue and caramel tones round out the otherwise grayscale interiors.

Cloudscape of Haikou is one of 16 public pavilions--and the first to be completed--commissioned by Haikou Tourism and Culture Investment Holding Group to rejuvenate the city and its waterfront. Other leading architects to be commissioned include Thomas Heatherwick, MVRDV, Kengo Kuma, Bjarke Ingles and Sou Fujimoto.