After four years of controversy over its proposed site near Westminster, the UK’s Housing minister Christopher Pincher granted planning approval today for the national Holocaust Memorial proposed by Adjaye Associates and Ron Arad for London.

The memorial was awarded in October 2017 as the winner of the design competition for the UK’s new Holocaust Memorial and Learning Centre. Since then, however, the design by the British-Ghanian architect and the Israeli designer has been slightly adjusted, and postponed, in response to criticism, protests, and also objection from organizations such as Historic England and Royal Parks. The main concerns were its entry design and site placement: a small, historic park next to the Houses of Parliament, and within the Grade II-listed Victoria Tower Gardens. 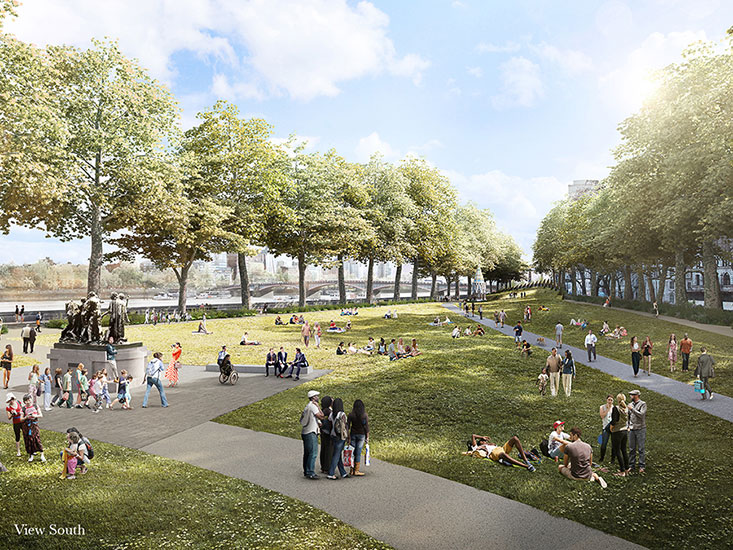 Following today’s planning approval, construction for the national monument will now begin on the original site. It was slated for completion this year, but debates over its site, in addition to coronavirus and the dissolution of Parliament in November 2019 postponed its realization.

In April 2019, the project was altered to incorporate a different entrance pavilion, but still with the original 23 tall bronze fins first proposed in 2017. They will be embedded across the grassy landscape at the southern end of the gardens and along the Thames River. 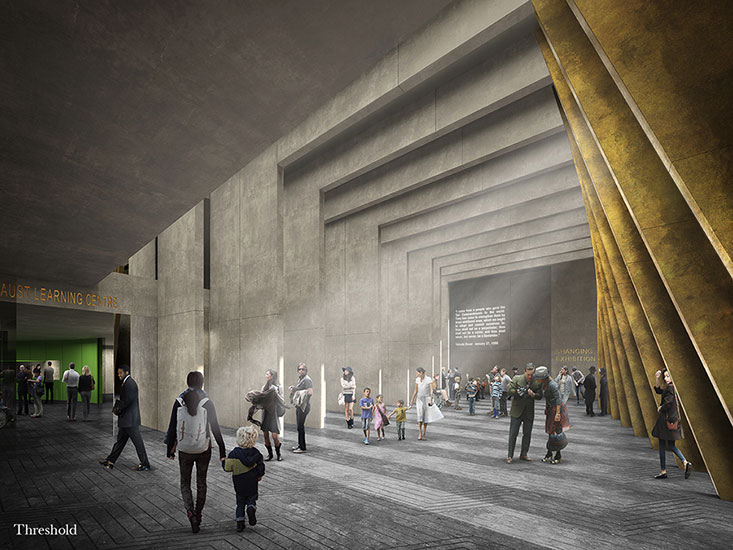 “We are profoundly relieved and appreciative of the government's decision to move forward with the Holocaust Memorial & Learning Centre in Victoria Tower Gardens,” David Ajaye told RECORD. “Our entire team has been driven by the conviction that this memorial and learning center is a crucial civic asset for Britain’s future generations—that there is a paramount importance in a society acknowledging its mistakes. Today’s decision is a huge milestone in bringing this project to reality.”

A number of countries around the world, from Belgium to Canada (with its Libeskind-designed concrete structure) have national memorials commemorating the Holocaust and its millions of victims, but the joint countries of England, Scotland, Wales, and Northern England that comprise the UK are without such a scheme. A National Holocaust Centre and Museum does exist in England, Beth Shalom, in Nottinghamshire. Bronze sculptures are also placed around London’s Liverpool Street station to commemorate the UK’s significant role in rescuing nearly 10,000 Jewish children from Nazi Germany and the Final Solution, in the Kindertransport.