By Victoria Newhouse and Alex Pisha

“It was obvious from the moment Covid happened that parks were assuming more importance,” architectural historian Victoria Newhouse tells RECORD. After a tumultuous year, spent mostly indoors and isolated, Parks of the 21st Century is just the tonic we need to remind ourselves of the power of renewing and reclaiming public spaces. In the lovely 356-page anthology out this month from Rizzoli ($75) by Newhouse and landscape architect Alex Pisha, the authors illustrate various examples of landscape urbanism across the globe through detailed histories, full-page photos, and site maps of 52 recently created parks. (She and Pisha visited all the sites during a five-year period, pre-Covid.) 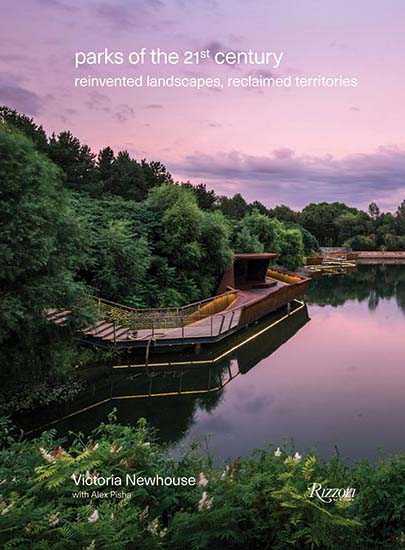 Chosen by criteria of attendance, public awareness, and would-be imitators, each of the projects is organized according to former use, broken down into categories including railways, airports, waterside industry, inland industry, quarries, strongholds, and future projects. Today, some have off-site programming components that include classes, and many incorporate surviving remnants from a site’s previous life, such as the bridge constructed from a sewer pipe at Vancouver’s Hinge Park. Another, Taopu Central Park in Shanghai, was built on the site of former industrial plants. 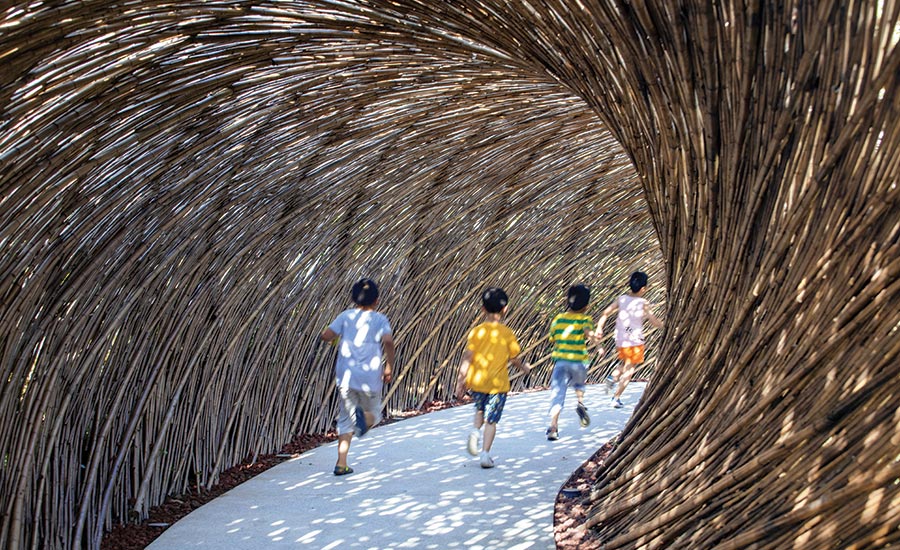 Newhouse and Pisha explain that three factors led to the abundance of newly created parks in the past several decades: the environmental movement of the 1970s (Newhouse also posits that the resurgence of interest can be pinned to today’s current ecological renaissance), Western postindustrialism, and the erosion of public space.

The most surprising takeaway of this book, however, are the myriad differences between landscape architecture in China—almost one-third of the projects included are there—and in the Western world. “The scale is amazing,” says Newhouse of the Chinese parks. “One has this sense of spaciousness and generosity [when there].” While the U.S.’s landscape history dates back to the 19th-century park movement, most of China’s city-built parks were only lately adapted from markets, temples, and plazas. These are built faster than those in the U.S., but maintenance is much less a priority.

Though geography and programs vary, New­house says each of the 52 parks has a “water story,” such as stormwater retention, to reduce effects of climate change. The future will tell if and how their legacies will endure.

Review of 'The Man in the Glass House: Philip Johnson, Architect of the Modern Century'