Grafton Architects has won the 2021 Stirling Prize, a RIBA award for the United Kingdom’s best new building. The Irish practice received the prize for a library with accompanying social spaces at Kingston University London. Named Town House, the building is defined on the exterior by a 656-foot-long, six-story high colonnade, topped by terraces and gardens.

Open and spacious inside, the ground floor of the Town House is dominated by an amphitheater that can be extended to connect with the foyer for public events. On the upper floors, carefully-considered acoustic design enables a quiet library, archive, a theatre, even a dance studio, to co-exist with the public forum below. 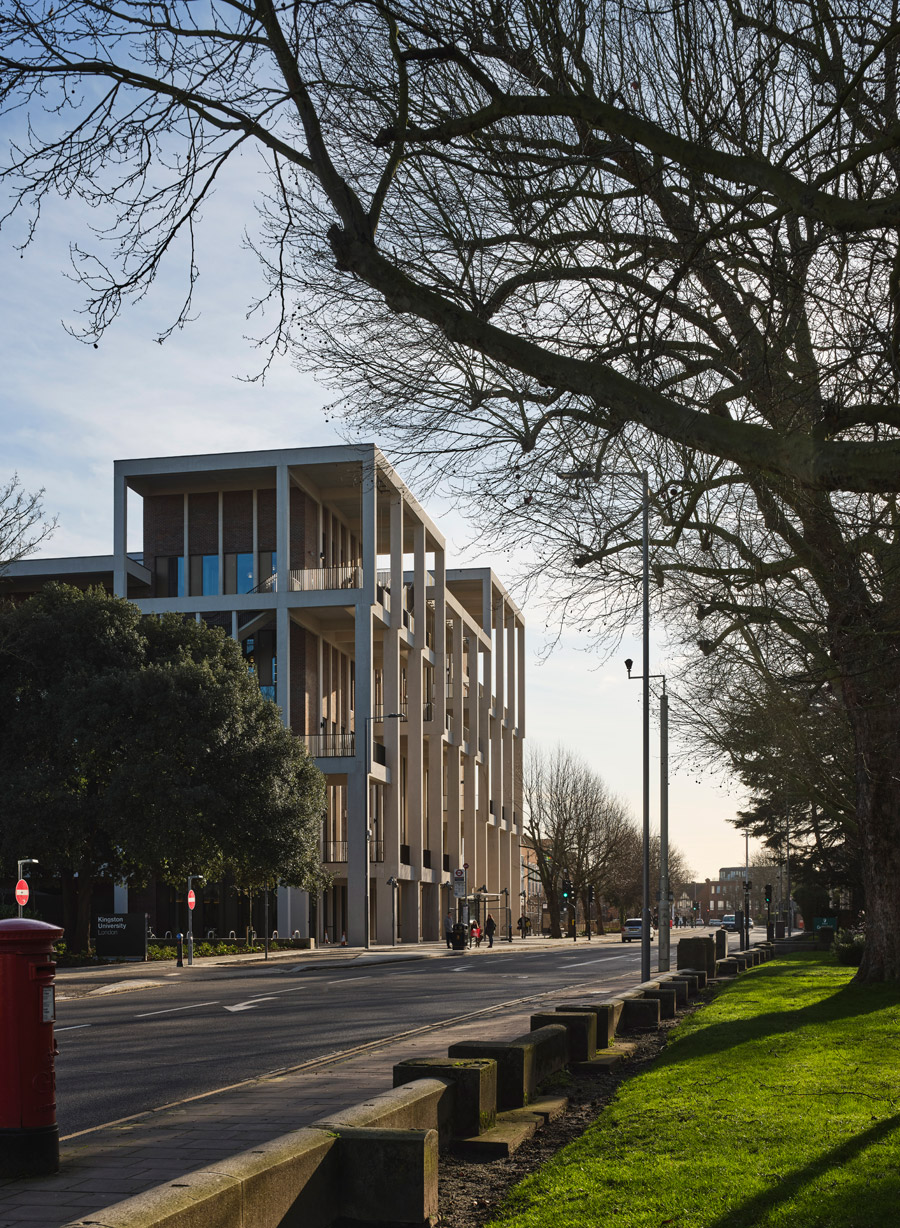 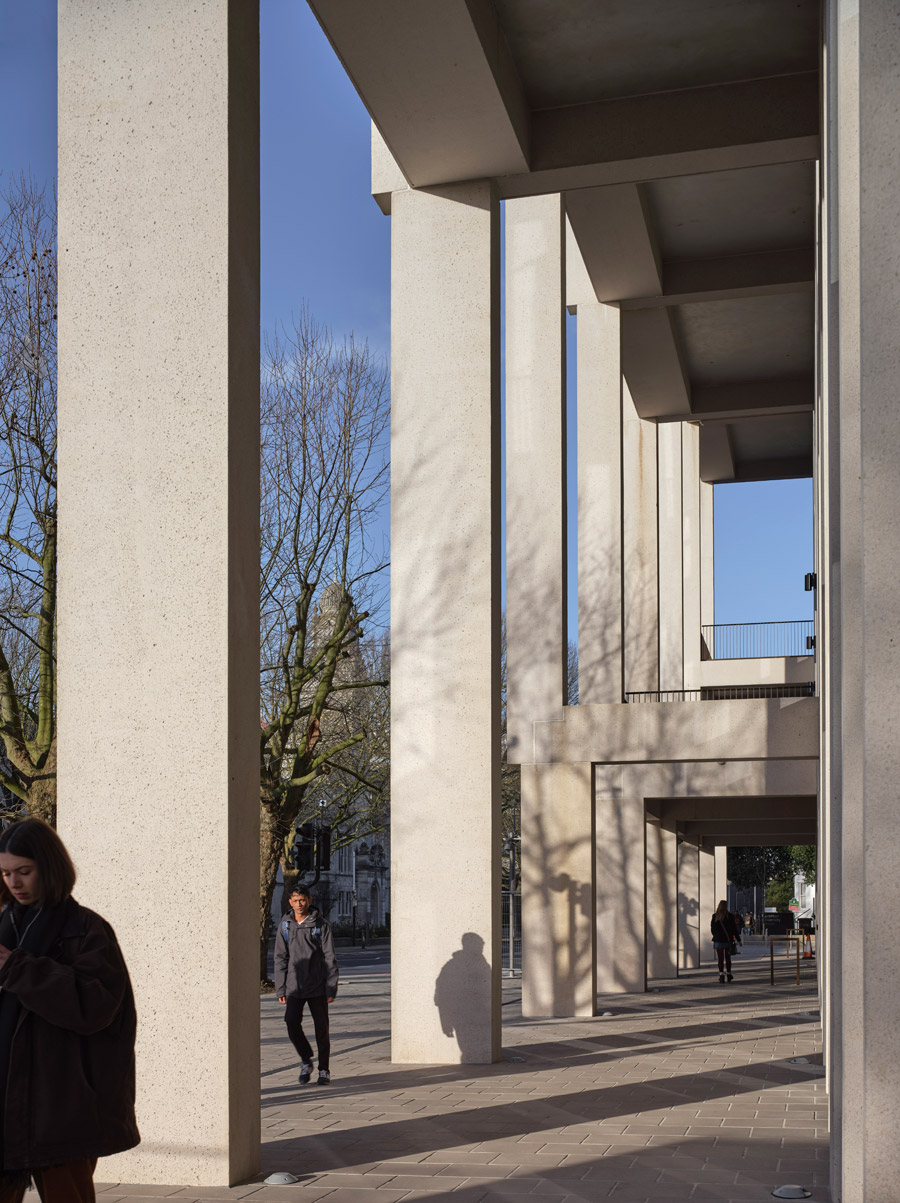 It is only the latest university building, boasting generous civic spaces, that Grafton Architects, led by Shelley McNamara and Yvonne Farrell, has designed. Other previous buildings such as The University of Limerick Medical School in their native Ireland, completed in 2013; the new Campus for UTECl the University of Engineering and Technology in Lima, Peru (2015), which won the first-ever RIBA International Prize, and the School of Economics of the Università Luigi Bocconi in Milan, Italy (2008), have all received plaudits. 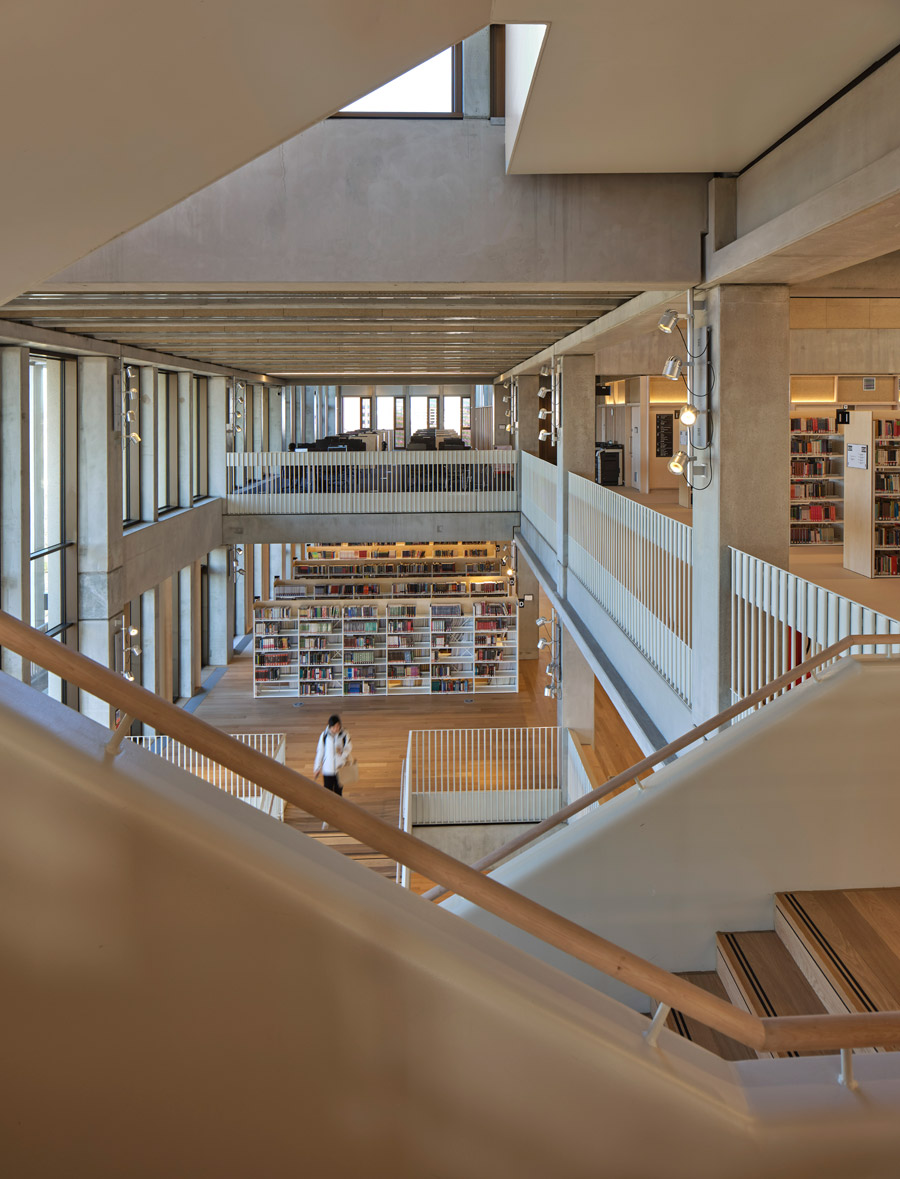 The Stirling Prize, which was not given last year due to the pandemic and associated lockdown, arrives on the back of a wave of professional accolades for the practice. Only last year, Grafton Architects were awarded the Pritzker Prize and the RIBA Royal Gold Medal.

The building has also given the lowly but ambitious Kingston University London, located in a western suburb of the UK capital, a beautiful, high-profile piece of architecture. Grafton Architects said in a statement: “This building is about… connecting to the community, the passer-by, an invitation to cross the threshold; a three-dimensional framework with layers of silence and layers of sound. Space, volume, and light are the organizers. The building edges are not boundaries but active gathering spaces, terraces, galleries.”