When Gerardo Rubino and Léliane Villeneuve moved from Montreal’s northern suburbs into the city center for their daughter’s schooling, they decided to embrace cosmopolitan life with gusto. After purchasing a 1950s-era rowhouse in the lively Plateau Mont-Royal neighborhood, the couple tapped Dupont Blouin Architectes (DBA) to treat the three-story house as it would a downtown hotspot with a strong hospitality bent. (Rubino specifically envisioned the kitchen as a “speakeasy” where he would orchestrate gatherings from behind the counter.) 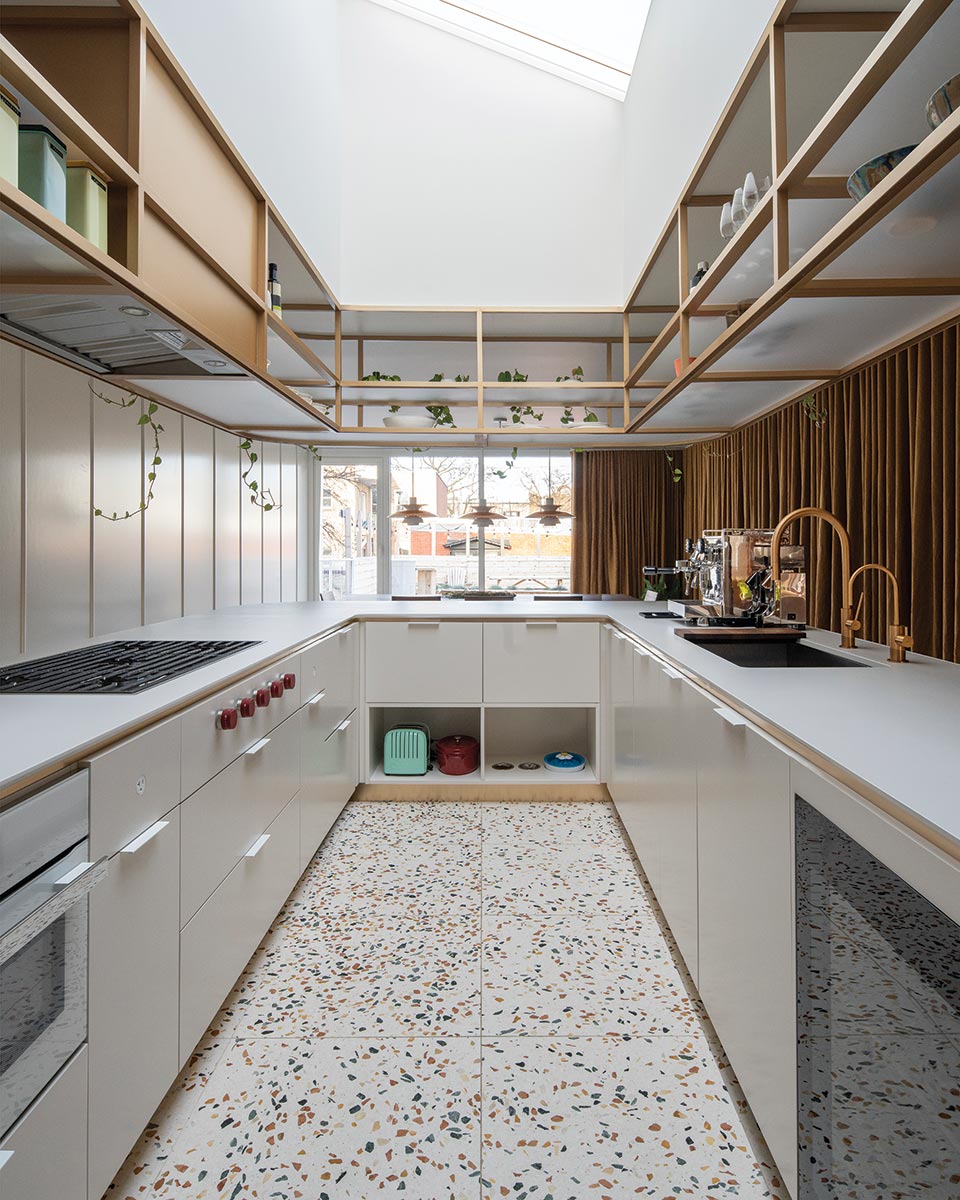 Marie-Josée Dupont and Olivier Blouin, partners at DBA, relocated the kitchen and adjoining living and dining areas to the top floor. “Those are the spaces where you live, so you should take advantage of the daylight,” Blouin explains. The design team then arranged three bedrooms, two baths, and a laundry along the house’s second level, and finally a studio apartment for guests or renters on the first floor. On all three floors, the program is configured around a stairwell whose location was dictated by existing columns, to minimize engineering costs. The architects expanded the circulation core, making space to insert storage and bathrooms within it. They rounded the volume’s edges to make adjoining corridors feel more spacious.

The clients had been attracted to the building’s mid-20th-century origins, and they requested a material palette befitting the kind of high-end Modernist interiors they might see in an episode of Mad Men. Of the historically appropriate finishes presented to them, they instantly gravitated toward walnut. But to keep the interior from appearing too dark, the wood was used only around the stairwell. In addition, the architects used contrasting 2-foot-square terrazzo tile—flecked in copper, gold, and green—to provide durability as well as the aesthetic the client hoped for. 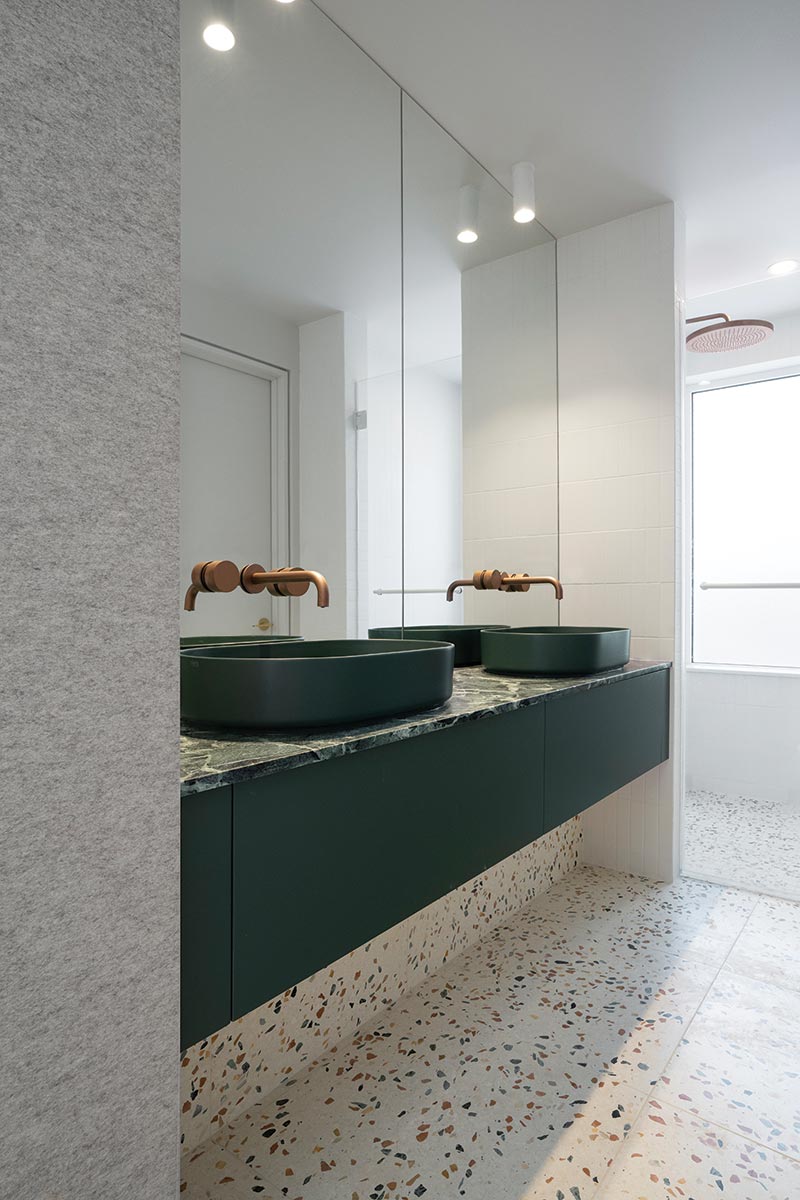 Flooring is terrazzo in most owner-occupied spaces, including the primary bath. Photo © Olivier Blouin

DBA had completed multiple residential and commercial commissions for Rubino’s family and, over their extended relationship, the studio namesakes noticed how the couple placed a uniquely high priority on cleanliness and precision. Appealing to their exacting personalities, DBA specified the terrazzo tile for both upper floors and employed a 2-foot-by-2-foot grid for all millwork, so that casework joints and bookshelf dividers would align to grout lines in the tile. The architects coordinated remaining finishes with the colors of the terrazzo chips. In the primary bathroom, for example, wall-mounted copper faucets serve a pair of green ceramic washbasins that sit atop a thin slab of Verde Saint Denis marble. Wool felt covers several bathroom walls for acoustical dampening.

Considering the client’s vision of a speakeasy and their love of order, the architects designed a narrow U-shaped kitchen work area that effectively prevents anyone from entering while the homeowner is preparing cocktails or a meal. Instead, family or guests can ease up to a copper-edged counter, where DBA placed walnut stools. All equipment is integrated into the casework and, where possible, concealed by lacquered white cladding. These custom fronts, in turn, are a close match to the snowy hue of the sintered-stone counter top.