This website requires certain cookies to work and uses other cookies to help you have the best experience. By visiting this website, certain cookies have already been set, which you may delete and block. By closing this message or continuing to use our site, you agree to the use of cookies. Visit our updated privacy and cookie policy to learn more.
Home » In Philadelphia, Demolition of a Louis Kahn-Designed Hospital Raises Thorny Preservation Questions
Architecture NewsHealth-Care DesignReuse and Renovation

In December 2021, a demolition crew arrived at a site near Philadelphia’s western limits for the routine job of tearing down an aging, midcentury structure. Apart from a polished aluminum sign reading Samuel Radbill Building, Philadelphia Psychiatric Center, few took notice over the following weeks as one of Louis I. Kahn’s seminal works of architecture fell to the ground—a victim of its own obsolescence and decades of neglect. The Radbill Building, a three-story psychiatric hospital completed in 1953, was one of a handful of extant buildings by Kahn in the city he called home, and one of just a dozen or so cultural and institutional buildings that Kahn realized in the United States.

That the loss of such a significant building could go unreported is surprising. Its location likely played a role, as did its physical condition: even though Radbill remained in use until last year, it had fallen into severe disrepair. Many of the building’s steel casement windows no longer closed, blue marble panels at the entrance were cracked, and sections of the slate facade had been replaced with precast concrete. A few key elements were removed long ago, notably a sculptural entry canopy designed by Anne Griswold Tyng.

In early 2020, Philadelphia’s Preservation Alliance was alerted of the planned demolition. The organization did deem the building significant, says the alliance’s director of advocacy Patrick Grossi, but decided not to pursue a historic designation or reach out to the current owner, Belmont Behavioral Hospital, largely because it seemed the wrong time to interfere with a health provider amid the first wave of the Covid-19 pandemic.

Since 2010, Philadelphia has lost several additional buildings by Kahn, including the Coward Shoe Store (1949), demolished in 2014, and another on the Belmont campus, the Pincus Building (1950), demolished around 2018.

But even if preservationists had decided to mount a campaign to save Radbill, it’s not clear that the hospital could successfully maintain an outdated facility. Acadia Healthcare, a for-profit network that acquired the then-struggling Belmont Hospital in 2015, needed to construct a new campus to improve the quality of care and increase capacity, hospital officials say. Now approaching completion, the new campus includes separate buildings for inpatient and outpatient care, modern patient rooms, an accredited school, separate entrances for different users, and facilities that can be used by the surrounding community. The architects of the new buildings, Johnson Johnson Crabtree (JJCA) of Nashville, studied reusing Radbill but found it impractical to do so.

“When the building was designed, it was a different patient population that was being treated,” says Belmont CEO Laura Longstreet, citing a shift toward more acute care as well as the need for more services for children and young adults. While the goals of Kahn and his collaborators were to create a dignified, comfortable facility, Radbill had no air conditioning, few spaces for group interaction or for education, and a single entrance for both ambulances and the public. Its small rooms housed up to three beds, and its group showers hardly met today’s standards.

But despite the specific needs of current mental health facilities, reusing historic modern buildings is not always out of the question. Virginia Pankey, a principal and senior medical planner at HOK, is working on the reuse of a midcentury building at the Laureate Psychiatric Clinic and Hospital in Oklahoma. But, she says, the present trend toward less isolating, shared environments for patients can make older buildings a difficult fit. “If a building was designed 50 years ago, clearly the thinking then is not the thinking now,” she says. Rather than assuming that patients need to be isolated and controlled—as in Kahn’s Radbill—designers today aim for “a more open environment where people can see each other—not only the staff but the other patients.” 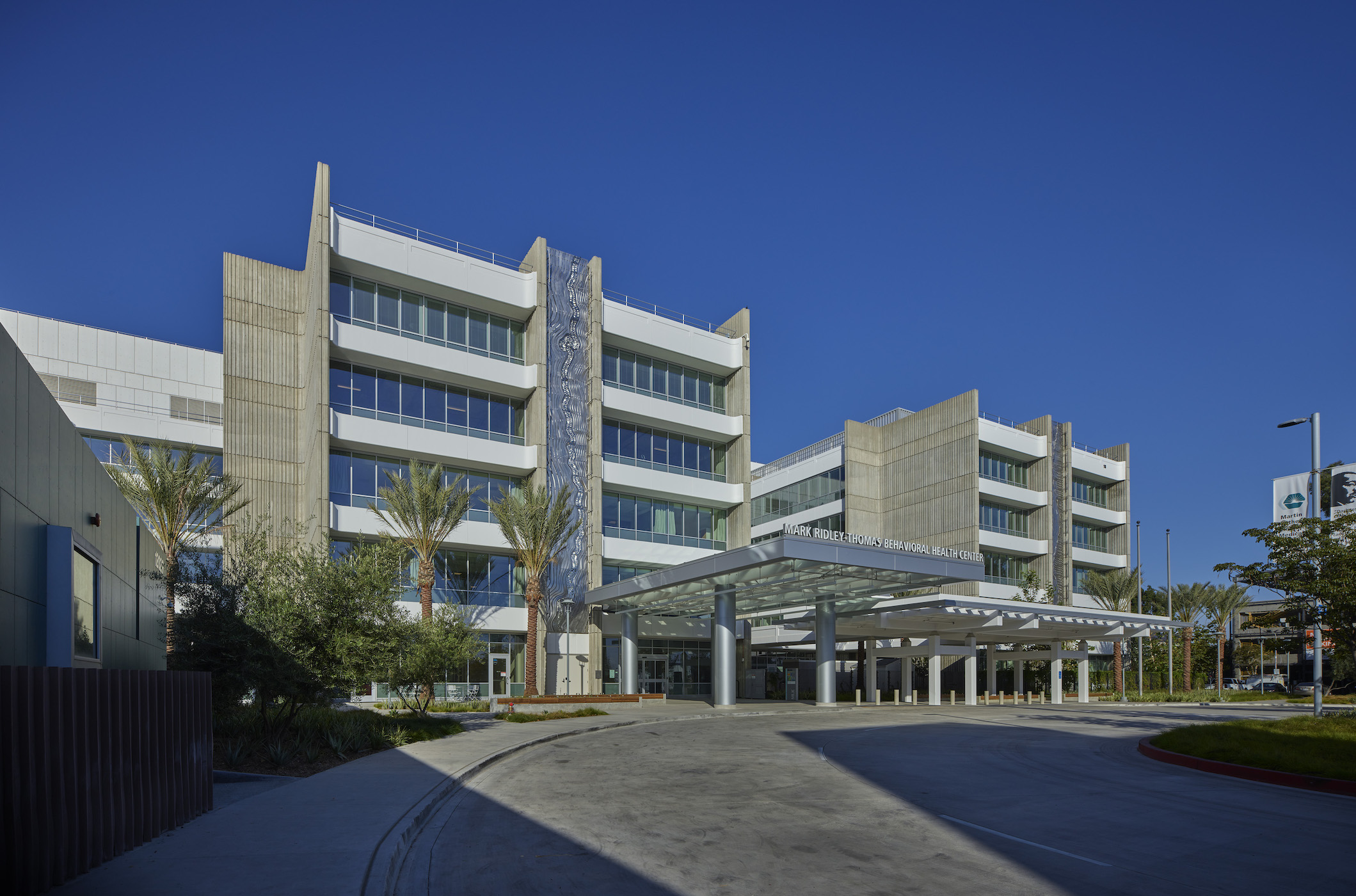 Pankey, who helped write new industrywide design guidelines, says that strict codes for behavioral health facilities further complicate reuse. The Radbill Building was not designed with malice, but its low ceilings, double-loaded corridor plan, small patient rooms, and third-floor electroconvulsive therapy facilities all made it difficult to bring up to code. Tyng’s entry pavilion was removed because it could not even accommodate modern ambulances.

But Radbill does deserve to be remembered for its architecture. Though it wasn’t one of Kahn’s better-known works, it was a key commission that came, like so many of his early projects, from a network of local Jewish clients. And it was thanks to the commission that Kahn was able to break out of his partnership with architect Oskar Stonorov and launch his own firm, according to William Whitaker, curator of the Architectural Archives at the University of Pennsylvania’s Weitzman School of Design.

Even more important, Radbill was a crucial early statement of Kahn’s ideas. The Yale Art Gallery (1953), built immediately after Radbill, is often seen as Kahn’s first significant work. But at Radbill, Kahn and Tyng had already shown a remarkable ability to use structure and function as generators of form—and they did so with extensive reference to the industrial buildings of Philadelphia.

Like industrial factories, Radbill was a simple concrete structure infilled with masonry and fenestration. As at Kahn’s acclaimed Yale Center for British Art (1974), the fenestration varied in size and type according to each room’s function; as at nearby Bryn Mawr College’s Erdman Hall (1964), thin slate cladding nodded at the masonry traditions of Philadelphia. To the right of Radbill’s main entrance stood a stark ventilation stack; rendered in brick, it presaged the ventilation towers of the Richards Medical Research Laboratories (1960) at the University of Pennsylvania. Vertical circulation and mechanical systems were clustered together around the stack, making Radbill an early example of Kahn’s principle of separating “served” from “servant” spaces.

In their design, Kahn and Tyng also explored the key principle of structure-as-ornament. Tyng’s entry pavilion, triangular in form and reflecting her interest in the structural possibilities of basic geometry, prefigure the triangular staircase she later designed at the Yale Art Gallery. And the distinctive system of cantilevered brise soleils that ran the length of the main façade served as counterweights to the interior floor slabs, reducing deflection. Cast into these concrete shades were terra cotta chimney flue tiles, which filtered sunlight down in ever-shifting dappled patterns. Was all of this strictly necessary? Probably not, but as in Kahn’s later works, dramatic expression of structure and function trumped economy of means. 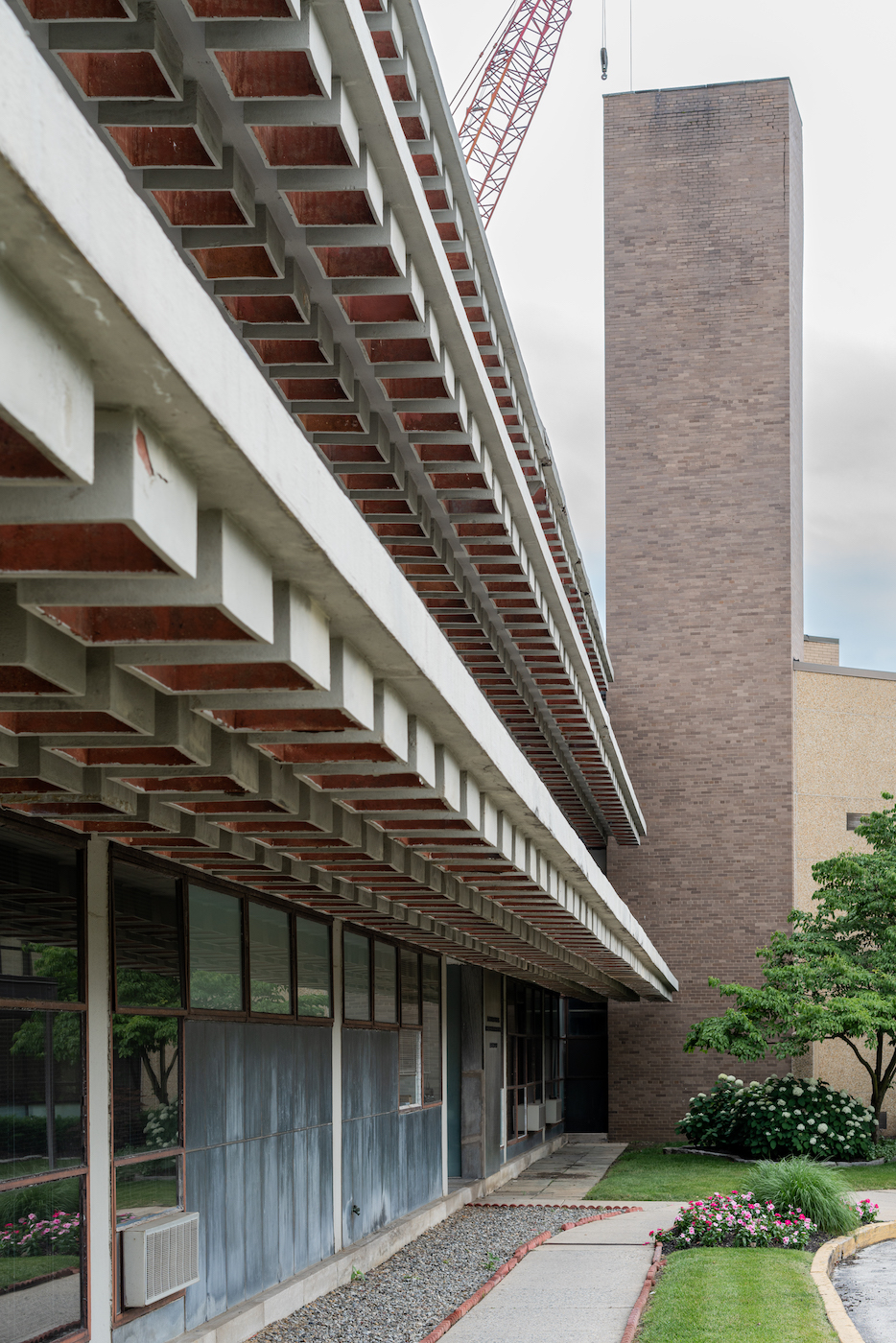 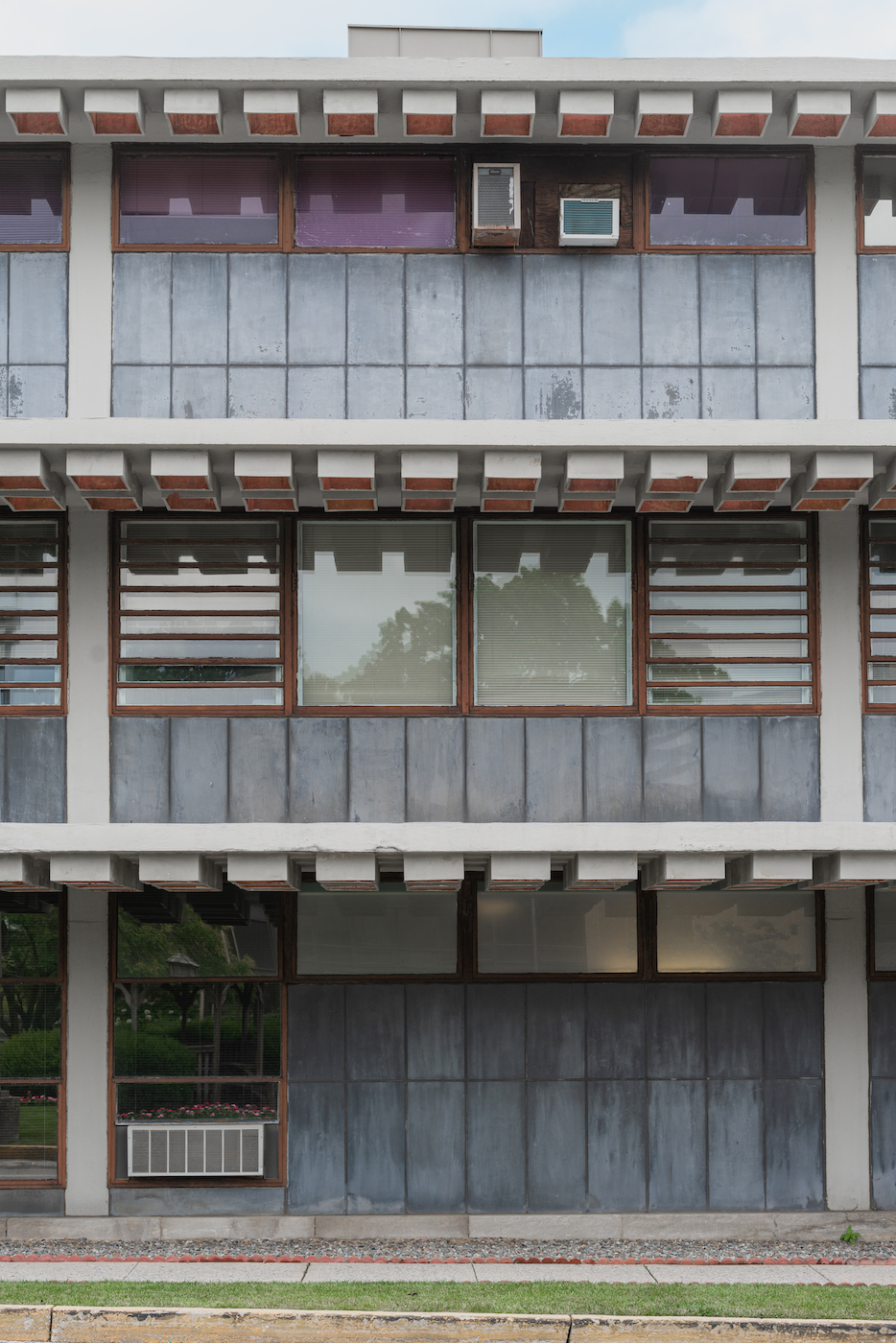 Ultimately, preserving Radbill may never have been in the cards. But if Kahn’s and his era’s approach to behavioral health design had become hopelessly out of date, the ideas that animated its architectural expression are as valid today as they were in 1953. And that alone should make us wonder how, in 2022, a building of such importance could disappear without notice.