The new Adams Street Branch of the Boston Public Library, which opened last summer in the working-class municipality of Dorchester, is pleasing (if a bit of an odd duck), a work of inventive geometries that fits neatly into its low-rise context. The library’s quirky form was the product of a lengthy community-design process, one that forced the architects, Boston-based NADAAA, to rethink its original proposal for the building. 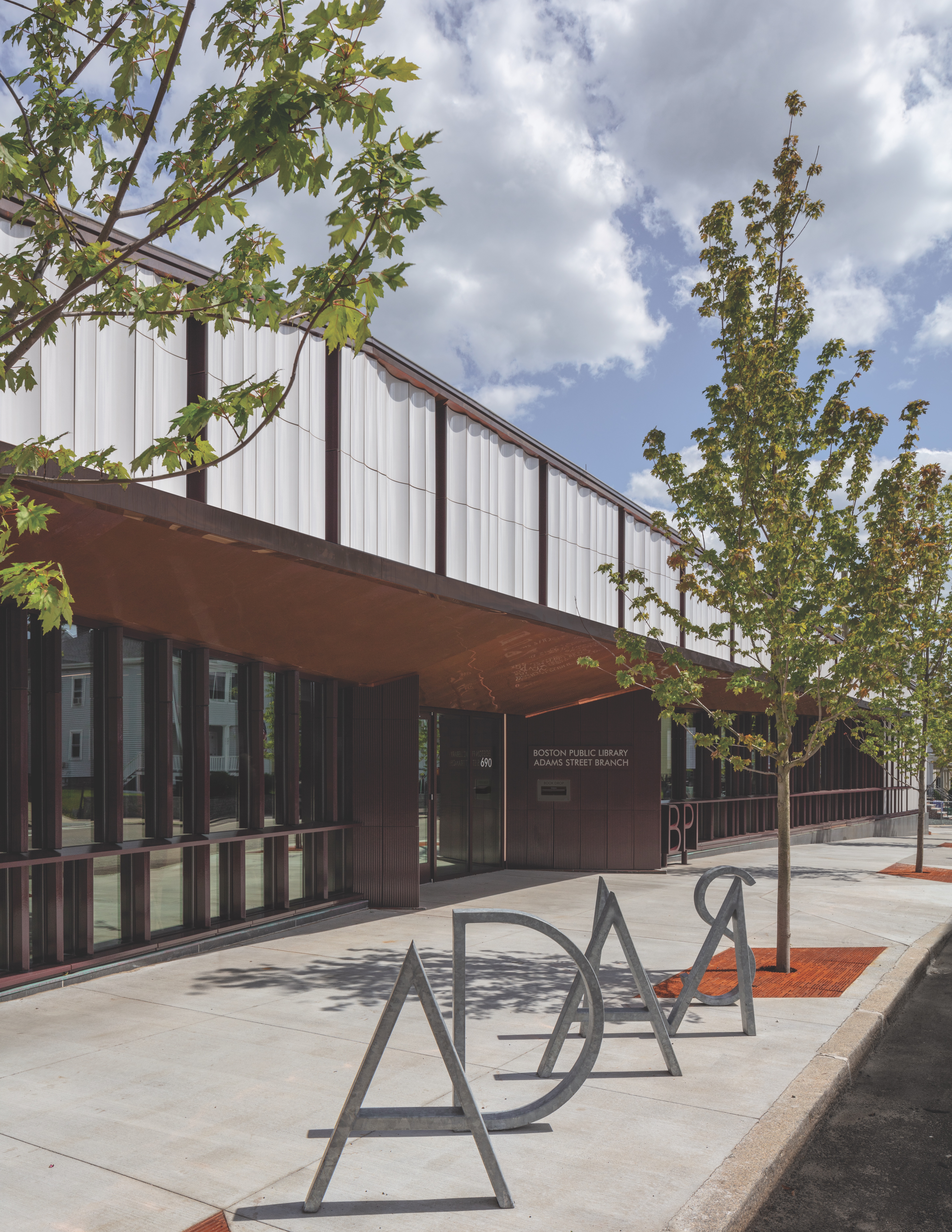 The stumbling block was a large oak tree at the north end of the site, which runs along Adams Street, Dorchester’s primary commercial strip. The Boston Public Library wanted it removed, to create a tabula rasa for the new building, and the architects followed that directive. The community, however, desired the tree to stay put, and made that clear in no uncertain terms. In turn, NADAAA founding principal, Nader Tehrani, embraced this “productive friction,” as he calls it, redrawing the plan with the tree as a focal point.

From above, the 13,900-square-foot, $12.3 million structure looks a bit like the Star Trek insignia, an asymmetric wedge with a chunk cut out at its northern end, where the tree commands a patio, and another excision on its southern flank for a small garden. 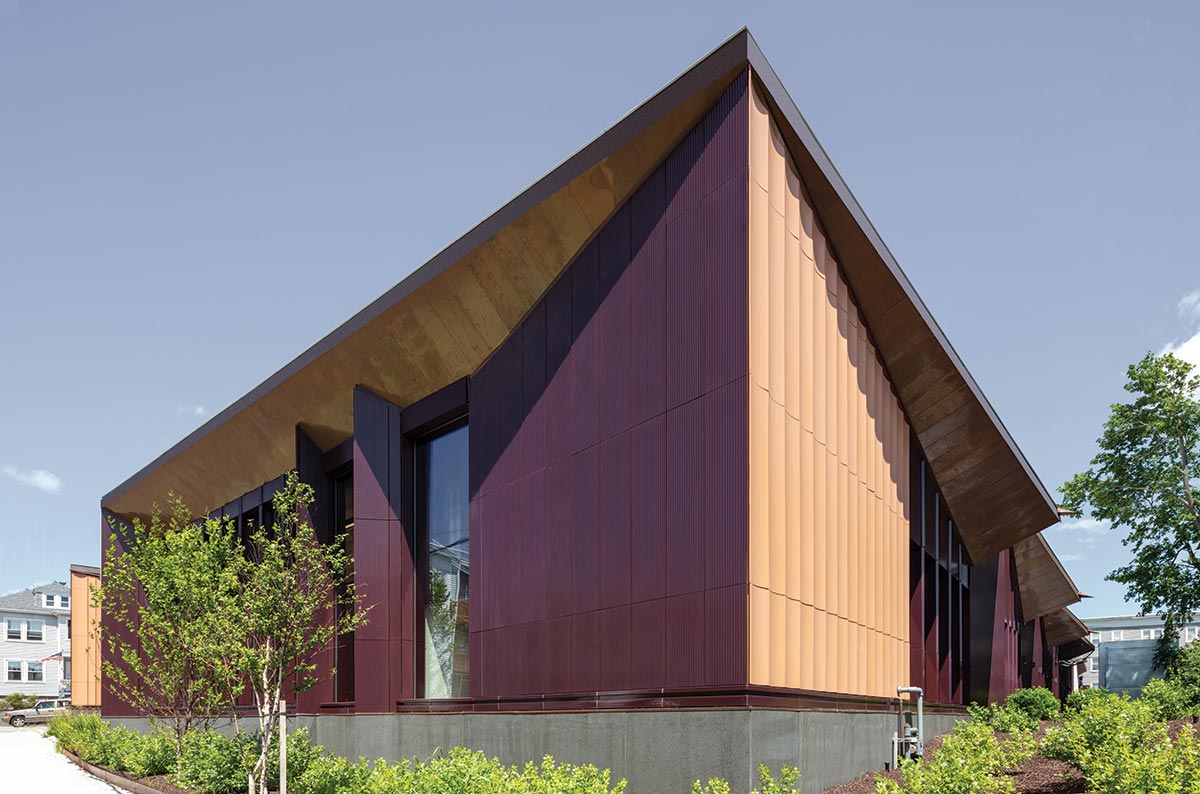 Unglazed earthcolored panels are used along the back. Photo © John Horner

With the entrance on Adams Street on the west, the single-story building is surrounded on the north and south sides by a residential neighborhood composed of traditional New England “triple-deckers”— late 19th-century three-story houses, built for families who lived on one floor and rented out the other two. NADAAA deftly responded to the library’s context by adhering to the scale of nearby houses while adapting traditional forms to a modern aesthetic. For example, according to Tehrani, the library’s front, defined by a long, low pediment, is inspired by the distinctive shape of McKim, Mead & White’s 1887 Low House, among other historical precedents. This elongated pediment, which floats over expanses of glass that respond to the street’s commercial character, is composed of a shiny white terra-cotta, divided at regular intervals by black steel support elements. The traditional shapes and white rainscreen cladding give a sense of formality to the entrance appropriate for a civic institution. A more demure, eggplant-colored terra-cotta appears on the sides and rear, facing residential streets.

While the building appears to be a relatively simple steel-frame shed, the complex design of the roof defies that impression. Much like the pleats of a fan, this “fifth facade,” in Tehrani’s words, unfolds from the pediment on the front side into a sequence of pitched forms toward the rear of the roof. Those folds respond to the gables of the neighboring triple-deckers, and conveniently direct drainage into a back alley. They also create a sort of “magic carpet,” as Tehrani describes the undulating roof, which can be seen from the upper stories of nearby buildings.

Inside, the library is divided into three “wings”—for children, adolescents, and adults—each of which extend away from the centrally located circulation desk and give librarians panoptic views: the plan is a result of the evolution of libraries as a building type, from spaces primarily for book borrowing and reading into community centers with a variety of functions. Interestingly, the new building has 15 percent more books than the old branch library it replaces.

“Having three wings allows ample autonomy so people aren’t annoying each other,” says Amin Tadj, the project manager for NADAAA. The two southern wings—the ones for children and adults, respectively—each look out through large windows to the garden separating them. Window walls are shielded by an overhanging eave that protects the interior from harsh light in the summer but still allows ample illumination. The teens section, along with a large community room, faces the northern patio and overlooks the much loved oak tree. The floors, mostly a light gray concrete slab, are durable, easily maintained, and hold heat during the winter months, thereby reducing the library’s energy burden. 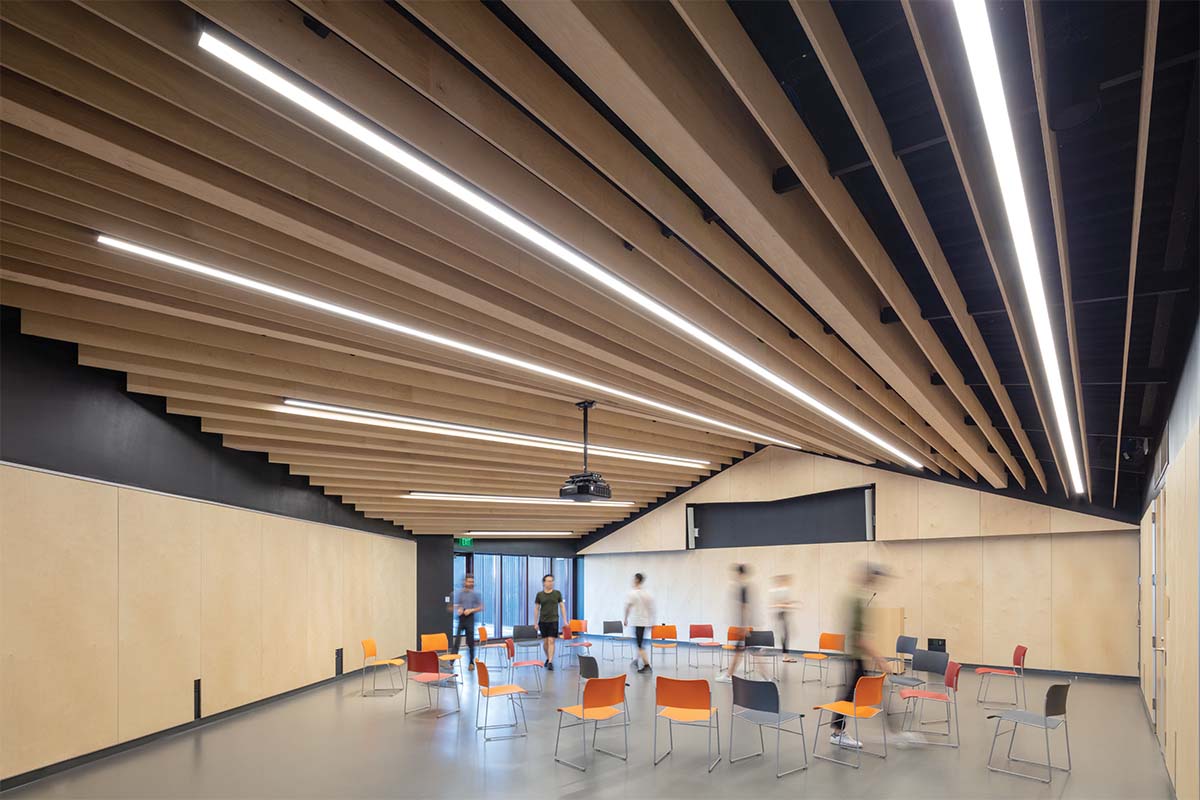 The Community Room on the north of the library is flexible (1); it opens onto a patio with a large, old oak (2). An overhanging eave shields the window walls from the sun on the south (3). Photos © John Horner 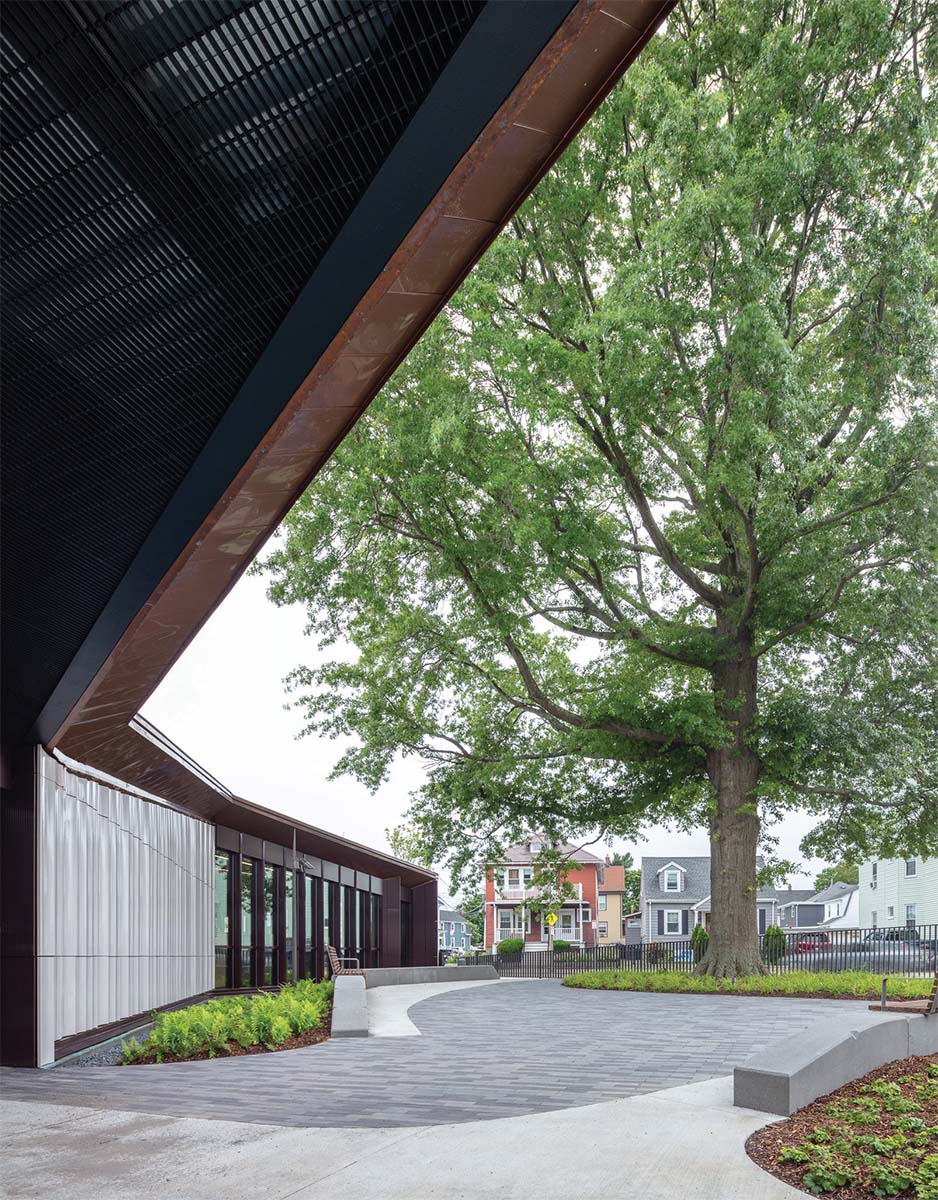 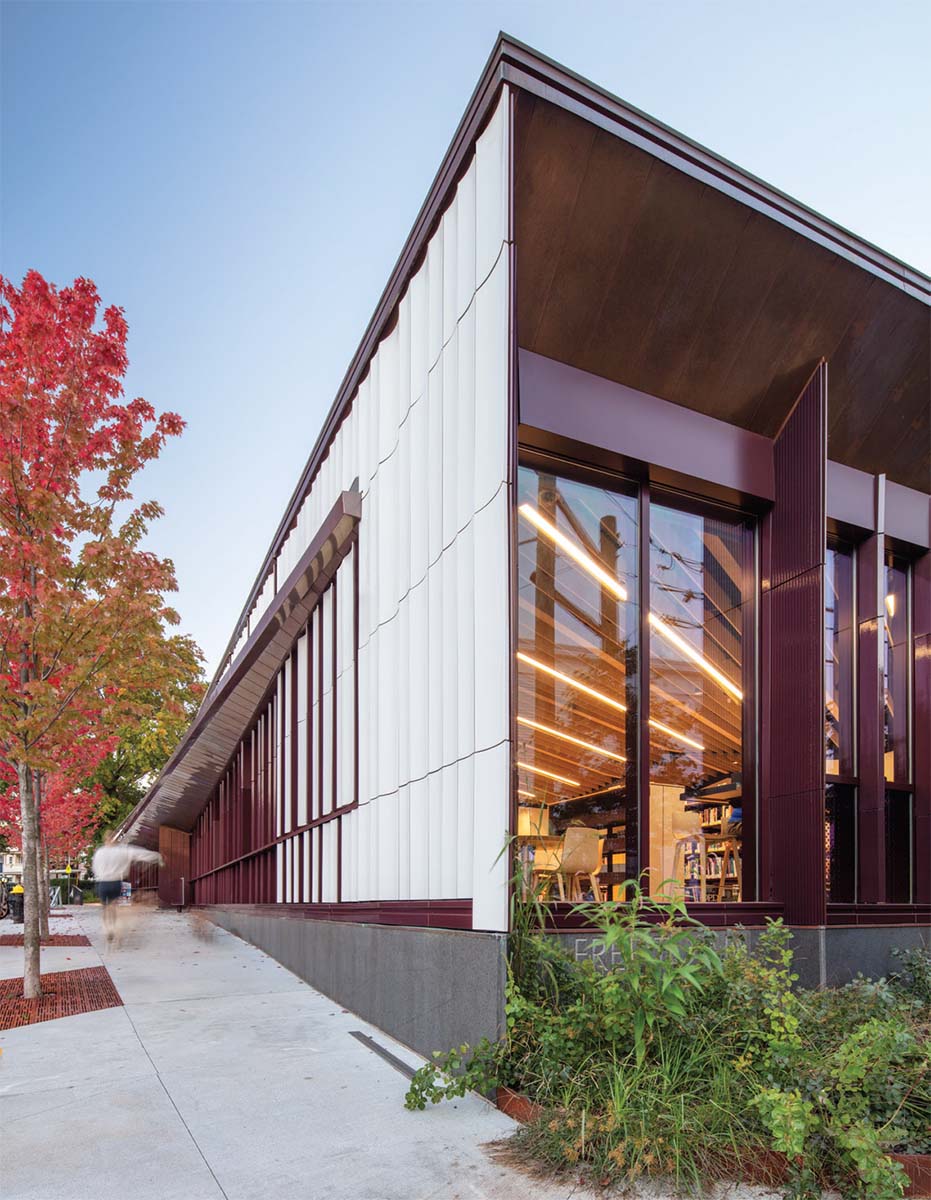 The architects make use of the underside of the roof’s undulating geometry to cleverly express the separate programmatic functions. Hundreds of thin blonde-wood ribs, running east–west across the library’s interior, define the exposed ceiling. Alternating with structural glulam timber beams and acoustic ribs, they create a sense of rippling dynamism as they hover over and unite the different spaces. Book stacks primarily run north–south, perpendicular to the ceiling’s ribs, and are at shoulder height, allowing clear lines of sight.

The ceilings express the undulating geometry of the roof on the interior (4). Wood ribs run east–west, while book stacks, extending north–south, are low, to amplify light and views (5). Photos © John Horner 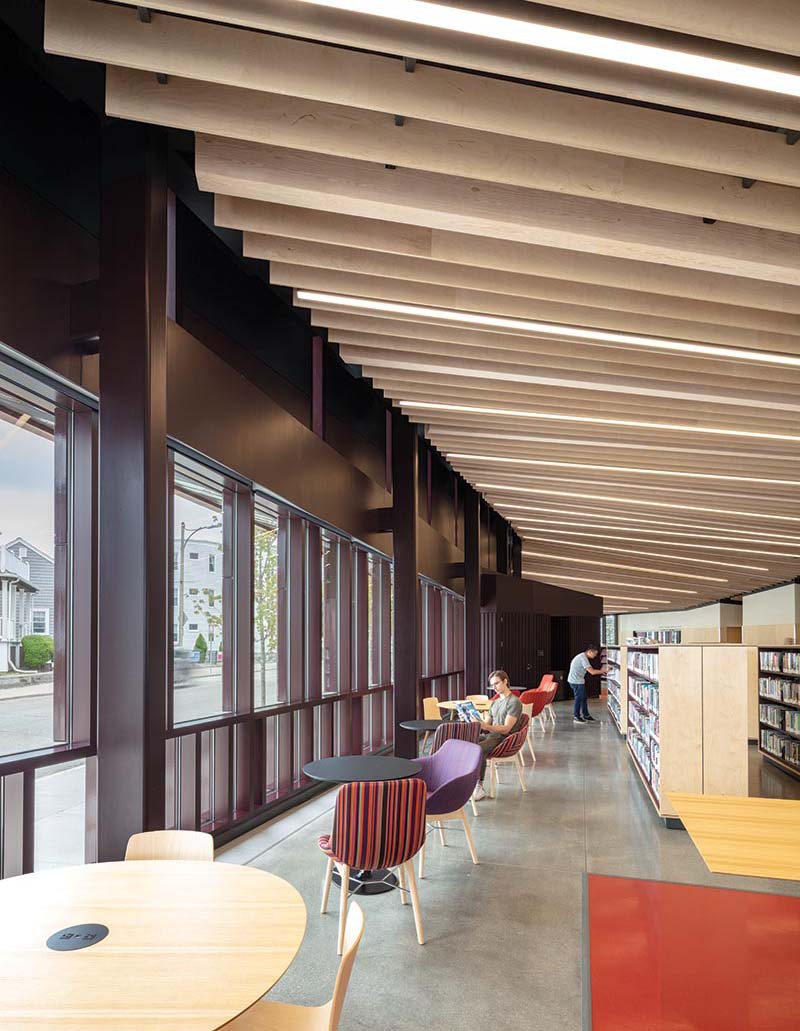 While the library may not be the most dramatic work in NADAAA’s portfolio, it brings aesthetic invention to a neighborhood where that is a rarity, and does so while respecting the traditions of the community. 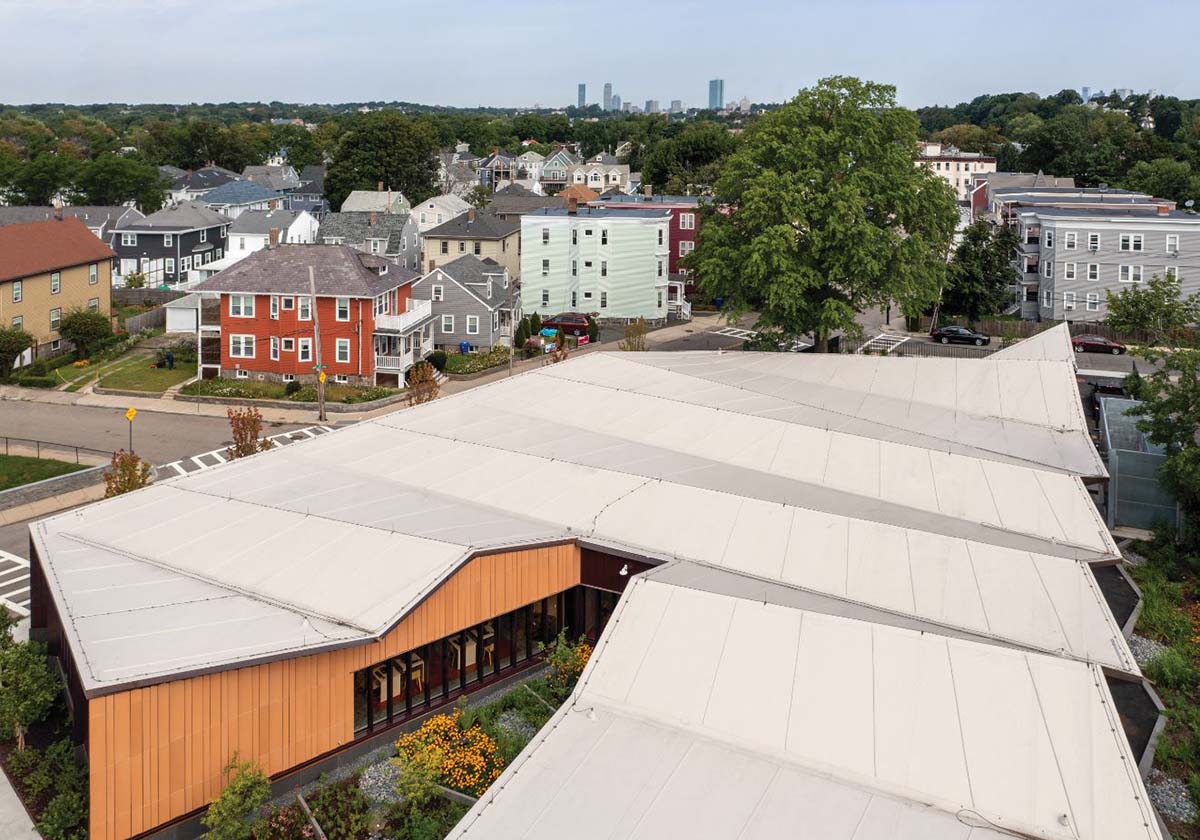 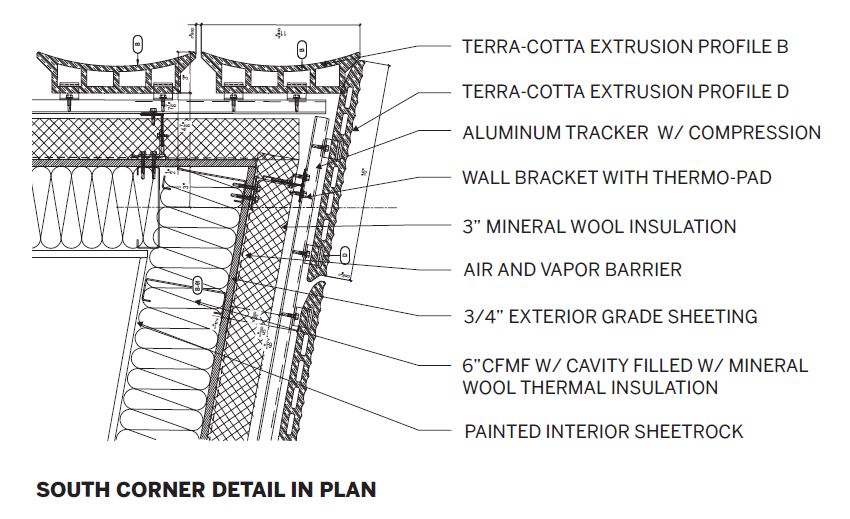 Mark Lamster is architecture critic of the Dallas Morning News and a professor at the architecture school of the University of Texas at Arlington.