Gyo Obata, who died Tuesday at 99, lived a classic American success story. The son of Japanese immigrants who were sent to an internment camp during World War II, he found his footing in the midwest—Michigan, Illinois, and Missouri—and went on to run one of the world’s largest architecture firms, Hellmuth, Obata & Kassabaum (now HOK), with 1,600 employees in 24 offices. 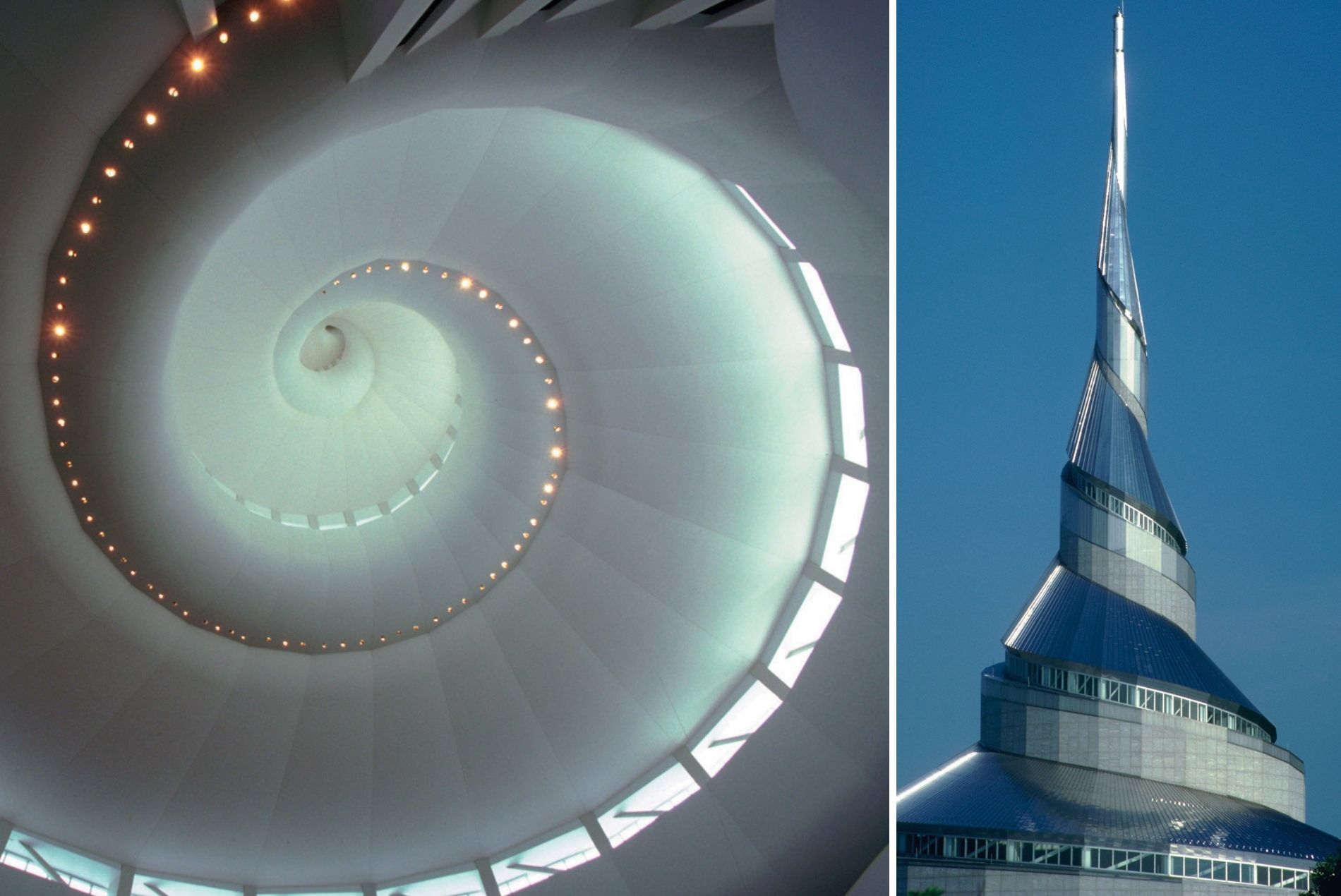 Obata's "peace temple" for the Community of Christ in Independence, MO. Image © HOK

One of his first buildings, the 1962 Priory Chapel at Saint Louis Abbey in Creve Coeur, Missouri, is a tour-de-force composed of three rings of thin-shell parabolic arches (for which Pier Luigi Nervi served as a consultant). The striking building made the pages of Life magazine and “put us on the map,” says Bill Hellmuth, the firm’s chairman and CEO and one of Obata’s proteges. He later also designed an equally photogenic, spiral-shaped “peace temple” for the Community of Christ in Independence, Missouri.

By the mid-1960s, HOK was winning major commissions. Obata’s Dallas/Fort Worth International Airport, a sprawling desert-colored complex, opened in 1973. And his 1976 National Air and Space Museum in Washington was the rare success among modernist additions to the National Mall. Boxes of pink Tennessee marble big enough to hold large planes were arranged in a staggered formation that manages not to overwhelm neighboring buildings. 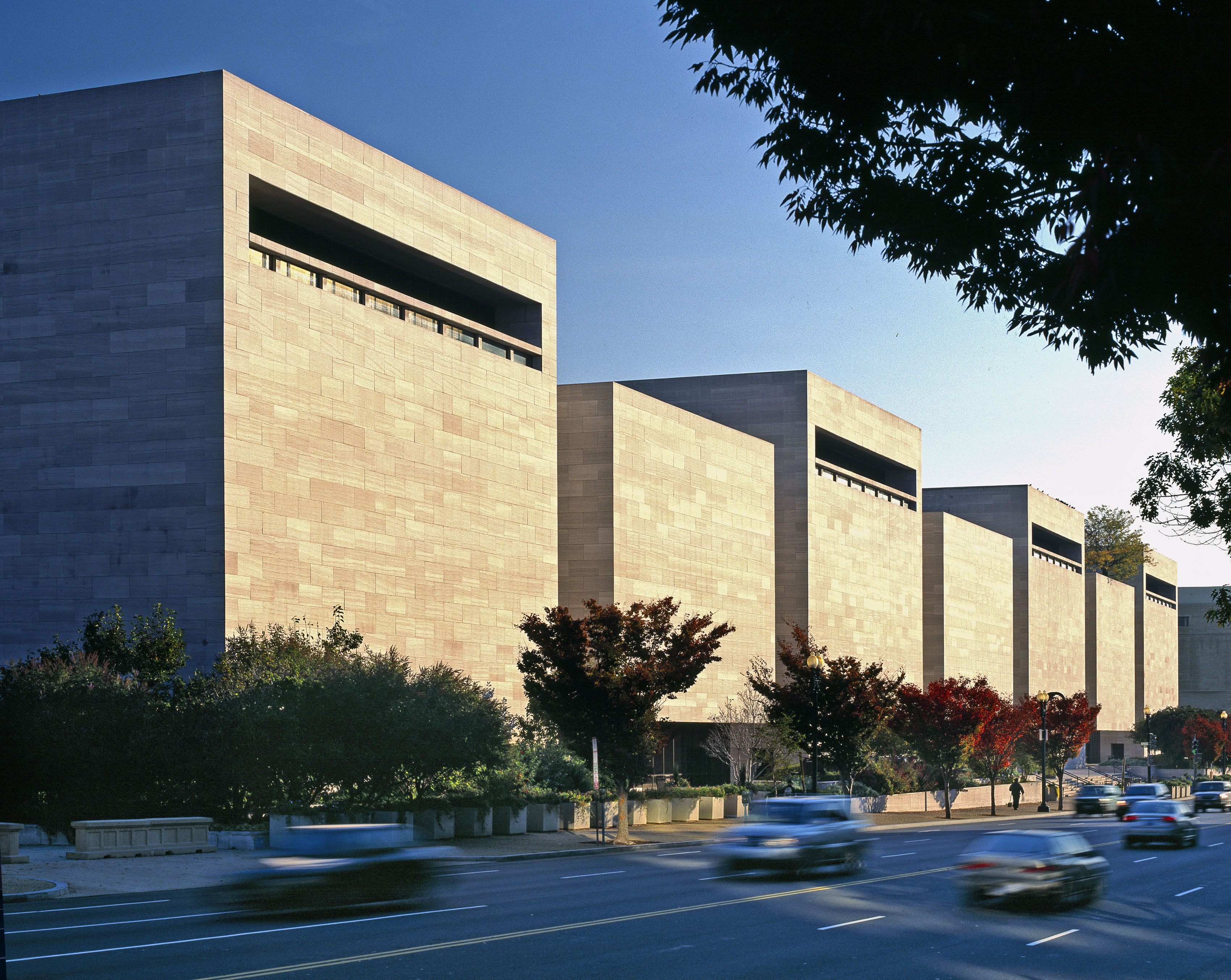 Best known as a designer, Obata was also the firm’s chairman and 51 percent owner until he retired in 1991, and he continued to come into the office regularly until 2018. “He brought a midwestern humility which permeates our culture to this day,” says Hellmuth. “He was what I call a servant leader—always there to help.” But he was no pushover. His experience at the start of World War II “taught him that if there was an opportunity out there, he was going to go take it,” Hellmuth says.

And so, under his watch, the firm grew exponentially, often by acquiring firms like New York’s venerable Kahn & Jacobs. Not all of HOK’s buildings were triumphs, but many were very good, including Levi’s Plaza in Obata’s birthplace, San Francisco, and the Abraham Lincoln Presidential Library and Museum in Springfield, Illinois—a moving commission for first-generation American who didn’t always feel welcome.

That was certainly true in 1941. Born in 1923, Obata had just begun studying architecture at the University of California, Berkeley, when Japan attacked Pearl Harbor. His father, painter Chiura Obata, his mother, floral designer Haruko Obata, and his two siblings were forced from their San Francisco home to an internment camp in Utah. 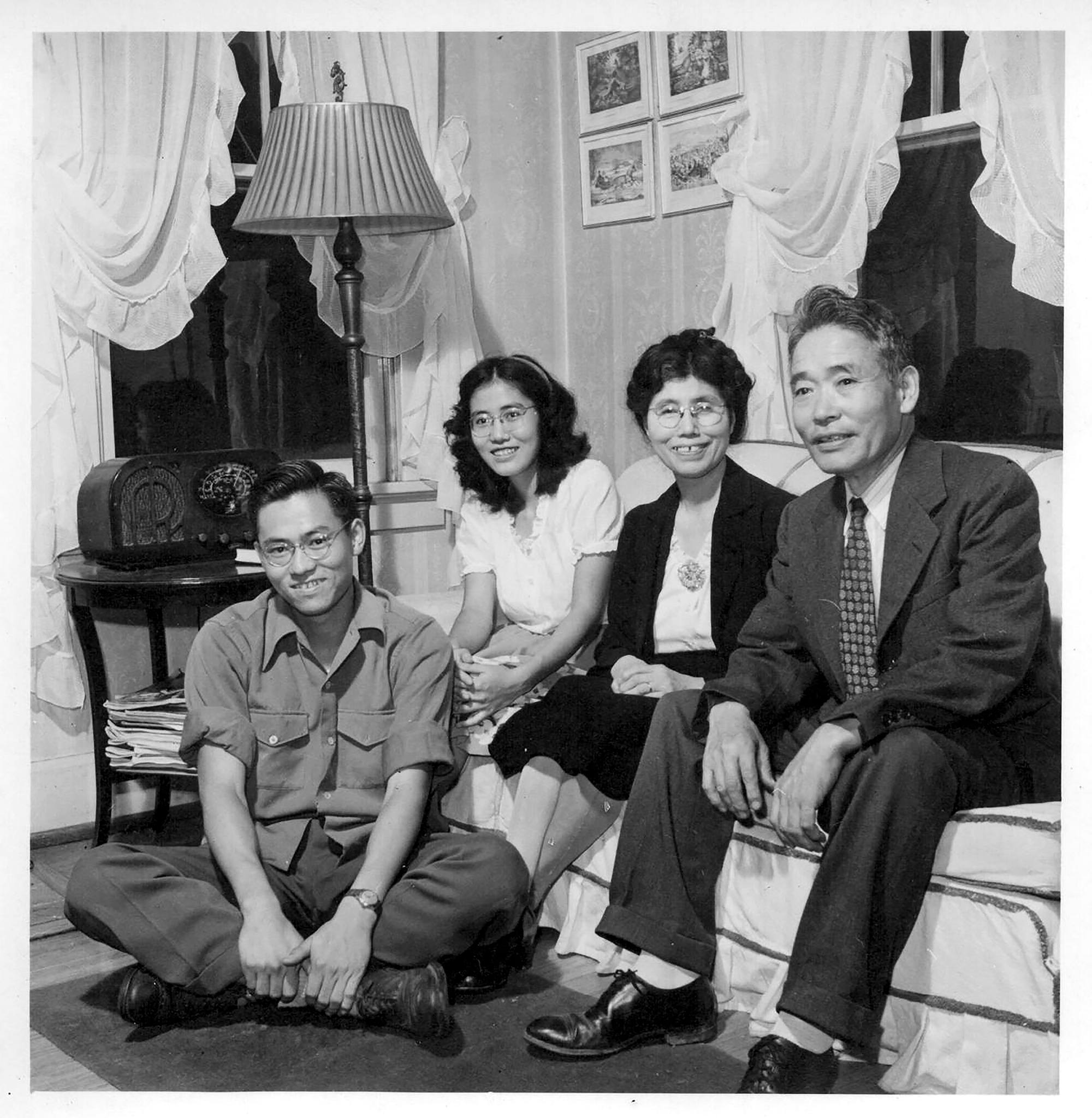 The only way Obata could continue his education was to transfer to a school outside of California, which he did: accepted at Washington University, he boarded a train for St. Louis the night before his family left for the camp. “When I came here, people treated me very fairly,” he told the St. Louis Post-Dispatch in 1964. “There was no prejudice. Actually, at the time I thought I would just be here two or three months and then I’d be back at Cal again. As it turned out, it changed my life completely.”

From St. Louis, Obata went on to study at Cranbrook, then the fiefdom of Eliel Saarinen, becoming part of a mid-century, midwestern crowd that was moving away from the International Style to a less rigid and more expressive modernism. That cohort included Eero Saarinen and Minoru Yamasaki. And like Yamasaki, Obata was a leading architect of color at a time when that was exceedingly rare.

After serving in the U.S. Army and apprenticing at SOM in Chicago, Obata returned to St. Louis to work with Yamasaki on the design and construction of the barrel-vaulted Lambert-St. Louis Airport Terminal One. When the project was complete, he joined the new firm known as Hellmuth, Yamasaki and Leinweber. Yamasaki left the firm four years later, and Obata, just 31, became the design director of the renamed Hellmuth, Obata & Kassabaum.

Not surprisingly, much of his work was in St. Louis, where he designed a planetarium with a distinctive hyperboloid shape, parts of the city’s zoo, the Nestle-Purina headquarters, a skyscraper for AT&T, and the Thomas F. Eagleton federal courthouse.

Reviewing a book about the firm in the New York Times in 1984, Paul Goldberger wrote that HOK, “despite strong leadership by the conscientious and earnest Gyo Obata, has not made a major contribution to contemporary architecture.”

Perhaps Obata’s large firm and stylistic flexibility didn’t fit the mold of the modernist masters. But surely his work, much of which remains popular and in use today, constitutes a major contribution to American life.