Climate Change and the Crisis of Inequity

A Call to Action

The most recent report on environmental impacts, adaptations, and vulnerabilities from the United Nations’ Intergovernmental Panel on Climate Change, released in February, is “a further code red warning for humanity,” according to UN Secretary-General António Guterres. (Further code red: homo sapiens aren’t looking all that sapient right now.) The failures so far, either to meet greenhouse-gas-reduction targets or to adapt to predicted climate impacts, have left more than 3.3 billion people—that’s about half of the world’s population—“highly vulnerable” to floods, drought, heat, food shortages, wildfires, and associated economic and social strife. And because the climate crisis is a force multiplier that compounds pre-existing vulnerabilities, these impacts are not evenly distributed: as with Covid, the people who are already disadvantaged will continue to be the hardest hit.

The link between climate impacts and social inequities is what climate justice is about, and it’s a link that’s especially strong in the built environment. “Almost anywhere we look, the places architects practice have histories of injustice. We are literally building on these sites,” says Kian Goh, an associate professor of urban planning at UCLA Luskin School of Public Affairs and a faculty director of the school’s Institute on Inequality and Democracy. “A core part of our practice is to be accountable to the fact that these are not neutral places.” 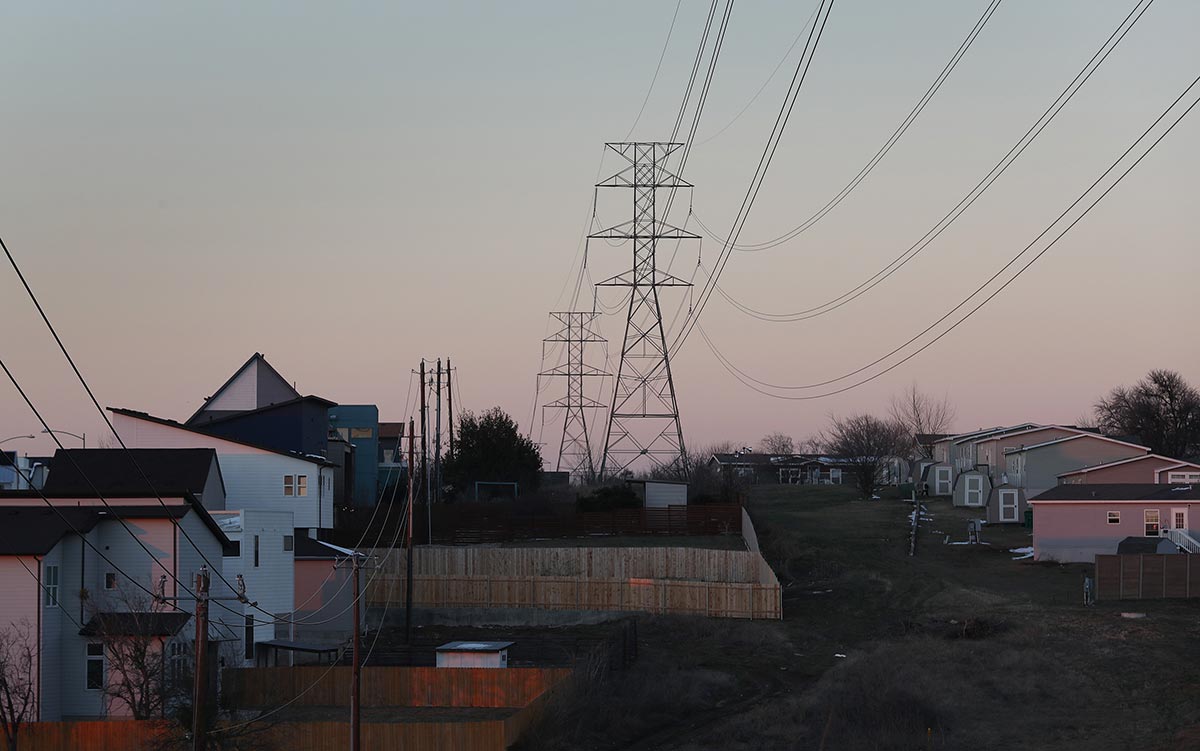 In North America, place-based injustices include the dispossession of Indigenous people, exploitative labor practices in the construction of the fabric of our cities, the redlining of Black and immigrant communities (by banks to deny financing based on race), and the siting of toxic facilities next to communities of color, to name just some of the big ones. The legacies of these injustices, as they translate into climate vulnerabilities, are palpable. Even though redlining is now illegal, historically redlined neighborhoods still suffer from disinvestment and have, for example, fewer trees and green spaces than other parts of their cities: a study published in 2021 confirmed that census tracts whose residents are predominantly people of color are hotter in summer heat waves (with higher surface urban heat-island intensity—in some cases by more than 5 degrees Fahrenheit) than predominantly white areas in all but six of the 175 largest urbanized areas in the continental U.S. Another study, cross-checking demographic information with nighttime-light data from satellites during last year’s winter power outages in Texas (a substantial amount of which were transmission disconnections and emergency load-shedding triggered by ERCOT, the grid operator), found minority-dominated neighborhoods were more than four times as likely to suffer a blackout than predominantly white areas.

How does the concept of climate justice connect these dots? According to researchers Sonja Klinsky and Anna Mavrogianni, in a special issue of the journal Buildings & Cities, the first dot is the fact that some countries around the world have contributed to (and benefited from) climate-change factors more than others. Of greenhouse gases emitted since the start of the industrial revolution, the U.S. alone is responsible for 26 percent, with the European Union responsible for another 23 percent; India, by contrast, despite having a much larger population, accounts for 3 percent, and even China has caused only 12 percent. Dots two and three are that climate impacts are unevenly distributed, as is the vulnerability to them. Whether it’s the case of the Marshall Islands sinking into the Pacific or of Indigenous land and culture almost completely eroded, with the rapidly shrinking Isle de Jean Charles, Louisiana , uneven climate impacts often trace pre-existing patterns of privilege and marginalization. The fourth dot is that the causes and effects of the climate emergency are often separated by time, space, and social strata, which complicates decision-making and accountability. Dot four, in particular, is the one for architects to watch.

A critical aspect of how systems of decision-making reinforce inequities depends on who is part of the process and whose voices are missing, says Idowu Jola Ajibade, an assistant professor at Portland State University, whose research focuses on climate change, urban sustainability, and societal transformation. Cities—with their factories and warehouses, railroads and ports—were not necessarily built for low-income groups, she says: “They were built for wealth accumulation.” From that perspective, “you begin to get a sense of why the voices of low-income groups and people of color—the people who built the essential foundations of the cities of today—have been silenced.”

What practices can we embrace to take claims for justice seriously at the same time as we need to do big projects fast?
—Kian Goh
Associate professor of urban planning at UCLA

Engaging marginalized communities in decision-making about their environment is a critical challenge of climate justice. And yet, “it’s a hurdle for many of us in professional practice and in academia,” says Goh. “These systems are steeped in class difference, and many of us do not come from the groups from which climate justice struggles emerged.” She suggests built-environment professionals need to be more attuned to injustices within our own ranks, as well as to the embodied struggles that have given rise to the climate-justice movement. Complicating the challenge is the fact that the localized nature of many community-based climate-justice initiatives is at odds with the scale and speed of change that’s required to mitigate the climate emergency. “So how do we not talk over or otherwise speak for these frontline vulnerable communities?” Goh asks. “And what practices can we embrace that take their claims for justice seriously, at the same time as we need to do big projects fast?” 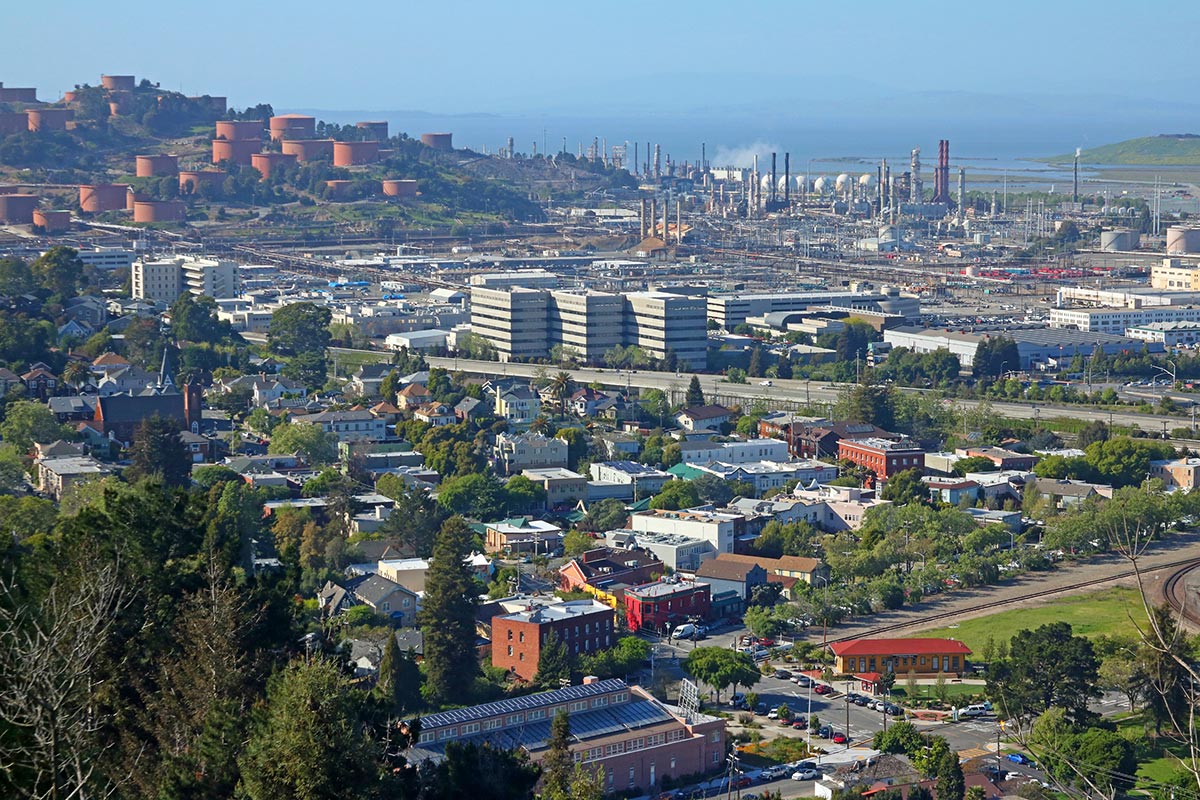 The Richmond Chevron refinery in California sits in an area with a legacy of economic and environmental injustice. Photo © Audiohifi via Wikimedia Commons

These are questions that Mithun has been grappling with over the course of its five-year engagement with the community of North Richmond, in Contra Costa County, California (population: about 3,000). Bounded on all sides by industrial areas (including the Richmond Chevron Refinery, California’s largest source of industrial emissions), the formerly redlined community with few trees struggles with the heat-island effect, wildfire smoke, and noxious ground-level ozone from industrial pollutants, regular threats of inland flooding and coastal storm surges, and a housing crisis. Mithun first began working with North Richmond as part of the 2018 Resilient By Design (RbD) Bay Area Challenge, and is continuing to support the community in developing strategies for stability, home-ownership, and resilience that were initiated during that collaboration.

“We need to broaden the definition of “client” beyond real-estate firms or institutions, to include emerging community groups,” says Hilary Noll, an associate principal at Mithun. And the idea of being a “design-first” firm in this context is just wrong, she says: “We should first be showing up, listening, and accompanying communities as they build capacity.” Pre-development engagement with and support of local nonprofits have provided an essential foundation for a handful of projects that are now advancing in North Richmond, including an eco-village—with housing, an elementary school, and green space along Wildcat Creek (North Richmond’s only natural area)—and a horizontal levee to rehabilitate a stretch of the San Francisco Bay shoreline while protecting the community from rising sea levels.

Along with the RbD design phase, a community land trust called RichmondLAND was created to acquire property and work with nonprofit organizations to develop facilities that the community really needs. As a founding partner, Mithun has mentored the trust’s junior real-estate managers as they get up to speed on the fundamentals of running a project, and has helped make connections among community leaders, county and housing authority officials, and industry professionals. As a result, community-land-trust leaders recently advised the county housing authority on priorities—such as anti-displacement strategies—to be included in an RFP to acquire local HUD-owned lands. Backed by a team that includes an affordable-housing finance manager, a land-use attorney, and members of Engineers Without Borders, all of whom work pro bono (as does Mithun), a historically disempowered community is becoming increasingly effective in pursuing its objectives. For firms that worry they don’t have the capacity to foster climate justice for free, Noll says that 1 percent (the portion of revenues that Mithun dedicates to pro bono work) “really is just a drop in the bucket, but when applied carefully and thoughtfully, those resources can have a massive impact.”

Another firm that consistently prioritizes climate justice is MASS Design Group. “It’s in places that are poor or historically marginalized, or places that haven’t had as much access to resources, that we have to be aspirational,” says Alan Ricks, a founding principal and chief design officer at MASS. Referring especially to the firm’s work in Africa, Ricks describes the aspiration as “a relentless pursuit of progress that does not aspire to the same level as the West, but rather to bigger goals about being a model for the future.”

The most recent design in the firm’s portfolio exemplifying that theme is the Rwanda Institute for Conservation Agriculture (RICA), a 3,400-acre project aimed at improving food security in sub-Saharan Africa’s most densely populated country (with a population set to double again by 2050) by acknowledging the interdependence of human, animal, and ecological health. With an award-winning master plan, informed by an ecologist-generated map of what once lived and what could live on the site, the energy-independent campus stitches together remnants of savannah woodland and a lake, while at the same time demonstrating how nature and agriculture can coexist, and even become symbiotic. The campus buildings use low-carbon materials—stone foundations, earth walls, wood roof framing, and terra-cotta tiles—and 96 percent of them (by weight) were sourced within Rwanda. The work to regenerate the campus’s degraded land is expected to sequester enough carbon in the first 10 years to offset the embodied carbon of the complete development. 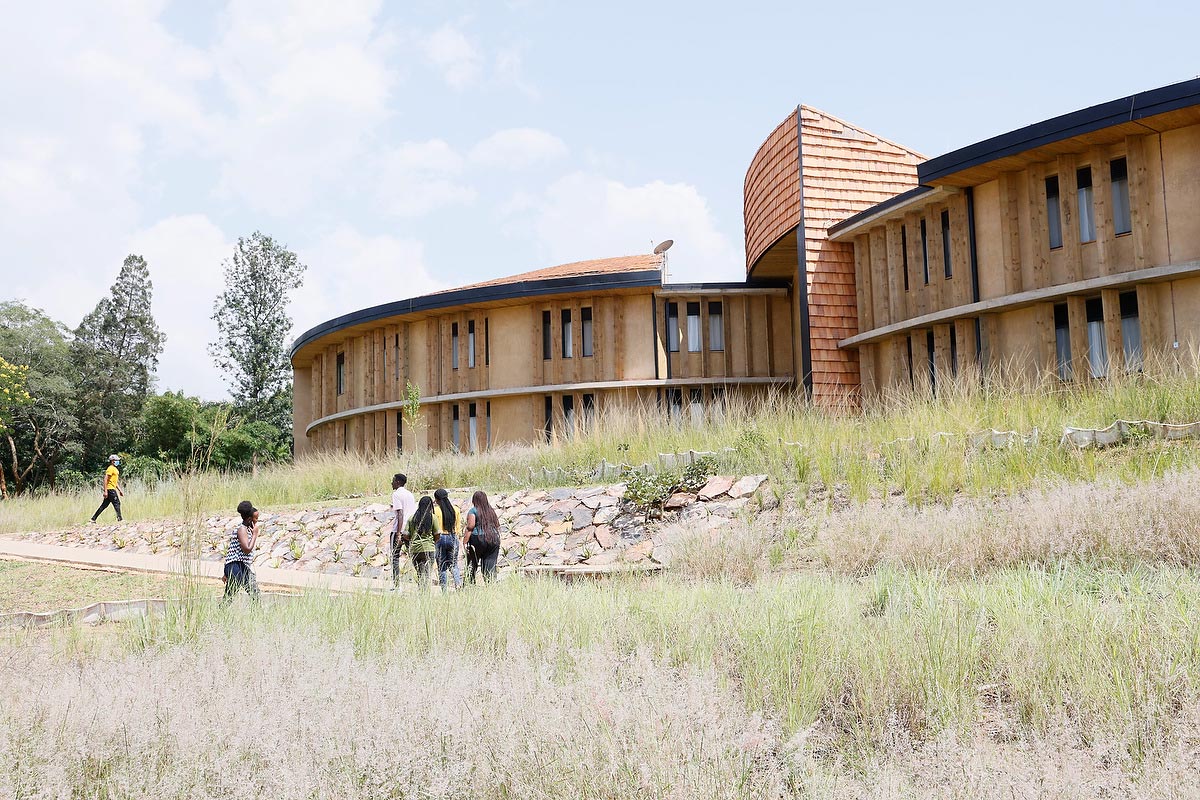 It’s unusual for an architect to have as thorough an understanding of a project’s entire supply chain as MASS has had by necessity in Rwanda; taking greater responsibility for the climate impacts and social equity of materials and methods is a way Ricks sees that architects can contribute to climate justice. At the same time, he says, it’s unrealistic to put that responsibility on architects alone: “We need regulatory, political, social, and market pressures to demand these things, so that the appropriate amount of research and development can go into figuring out the answers.”

But the irrefutable truth is that every project, for better or worse, is a climate-impact project. And architects can take the opportunity—through the processes, as well as the projects they design—to support the people and places most at risk. “We are trained to find ways to build a better world,” says Goh. “If we can use our expertise—with space, with codes, with possibilities for change—to contribute to these movements for climate justice, that’s a really good start.”