Married architects Adam Frampton and Karolina Czeczek met while working at OMA’s Rotterdam headquarters in 2010. Frampton had migrated there in the aughts after completing his M.Arch at Princeton and found the firm’s methodical approach a refreshing contrast to academia. Czeczek, who grew up in Krosno, Poland, found freedom at the Dutch firm for the opposite reason—OMA’s commitment to a conceptual foundation for each project was in contrast to her very “pragmatic” education at Cracow University of Technology.

When Frampton moved to Hong Kong in 2009 to work on OMA’s Taipei Performing Arts Center, he convinced Czeczek to join him. Then, in 2013, when Czeczek decided to pursue her M.Arch at Yale, they moved to New York and established their office, Only If. Frampton had just conceived and written Cities Without Ground: A Hong Kong Guidebook, with coauthors Jonathan D. Solomon and Clara Wong, and it was a confidence boost; he realized he could pursue projects independently. Though the couple had no commissions, an e-mail to hundreds of former mentors, clients, and colleagues announcing the launch of Only If resulted in unexpected opportunities, from a Bryant Park coffee bar to an office shared by three different companies united by black floors and white walls and ceilings, punctuated by islands of furniture and accessories in felt, stone, wood, and mirrored storage modules.

Subsequent projects furthered their interest in housing typologies and urban planning and a desire to experiment at the borders of a conventional service-based practice. “We balance commissions, competitions, and teaching with seeking alternative forms of agency,” says Frampton, referring to lectures, writing, and research such as Irregular Development, a project that identified and catalogued small vacant properties in New York and proposed affordable-housing prototypes.

From 2016 to 2018, Only If worked on a scheme for affordable senior housing in Brooklyn. The building’s 84 apartments, common spaces, and community facilities were devoted to elderly and formerly homeless residents. Although a change in leadership at the nonprofit developer put an abrupt end to the project, “we remain really interested in its possibility—and demographic shifts will continue to force its need,” says Frampton. “Housing is a territory for experimentation and invention that is far more relevant for a current generation of architects who are more socially oriented.” 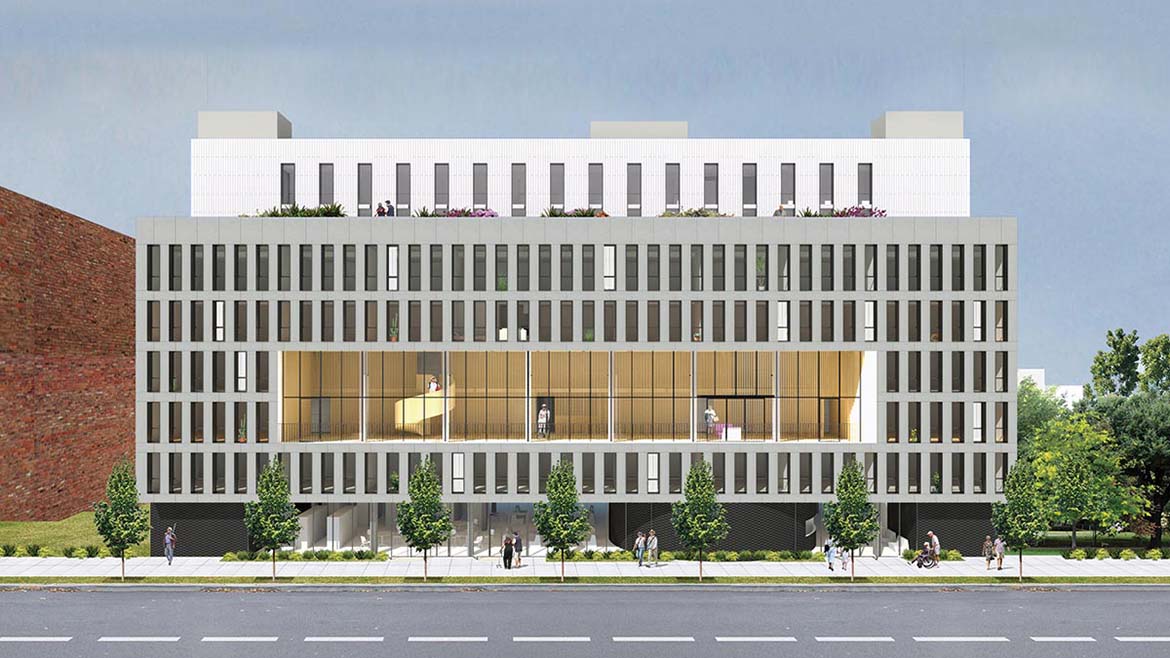 Brooklyn Senior Affordable Housing: Designed for elderly and formerly homeless residents for whom the architects say “housing is often scarce and beset by institutional design,” this building is located on a former industrial site. Only If created a centralized double-height “loggia” as a flexible central living room, where residents could gather, linger, and create community. Image courtesy Only if, click to enlarge.

The couple has explored this in their teaching, he, most recently, in studios at Columbia University that looked at Tokyo’s aging population, and she in studios with Frida Escobeda and Tatiana Bilbao at Yale that aim to rethink current living conditions, domestic labor, and family structures in order to generate contemporary and future housing types. 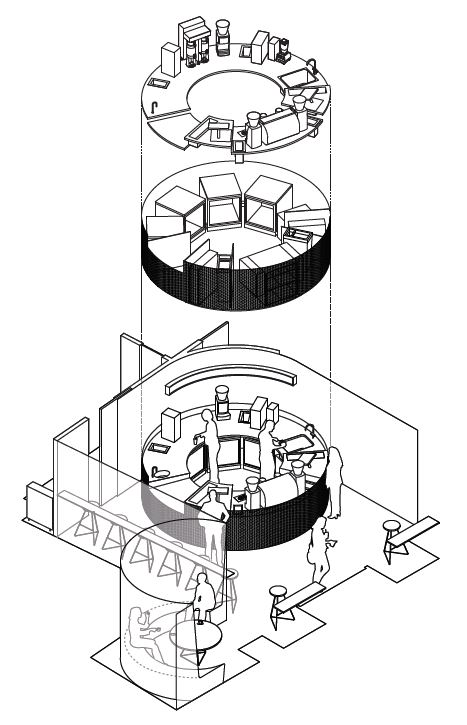 Research into the potential of New York’s vacant lots to address the lack of affordable, quality housing led Czeczek and Frampton to their most important experiment yet: their own Narrow House, completed in 2021 on a 13-foot 4-inch-wide lot in Brooklyn. “Finding a vacant lot was the outcome of a six-month search for undervalued, unusual, or leftover spaces,” says Frampton. Large-format glass windows and a lack of interior walls and corridors allow daylight to penetrate, as does a central lightwell and perforated-steel stair that connects the house’s split levels. “I’ve been most surprised about the presence and impact of landscape on the feeling of space inside the house,” says Czeczek. “The change of seasons, shadows, colors, and movement of the trees keep us very aware of the natural environment in an otherwise densely built neighborhood.” 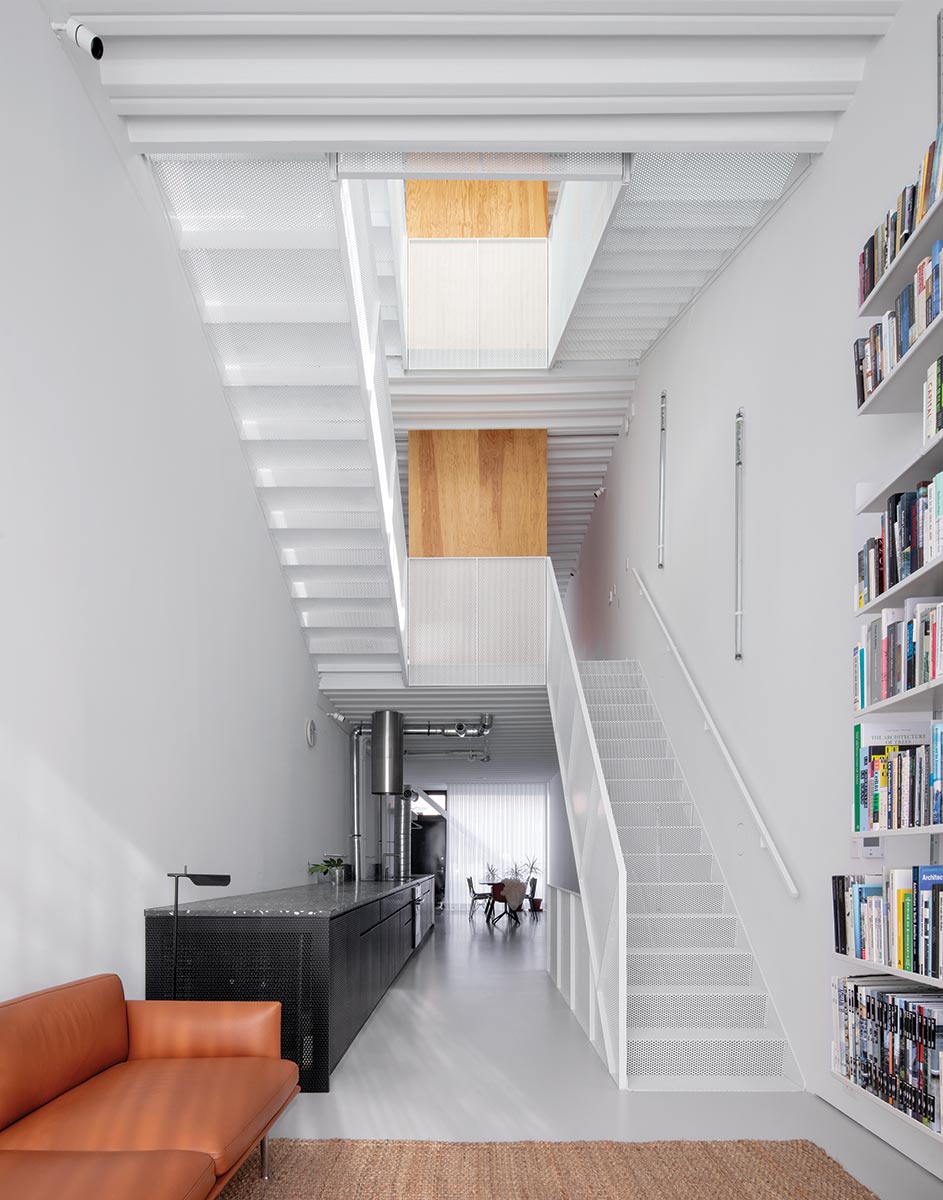 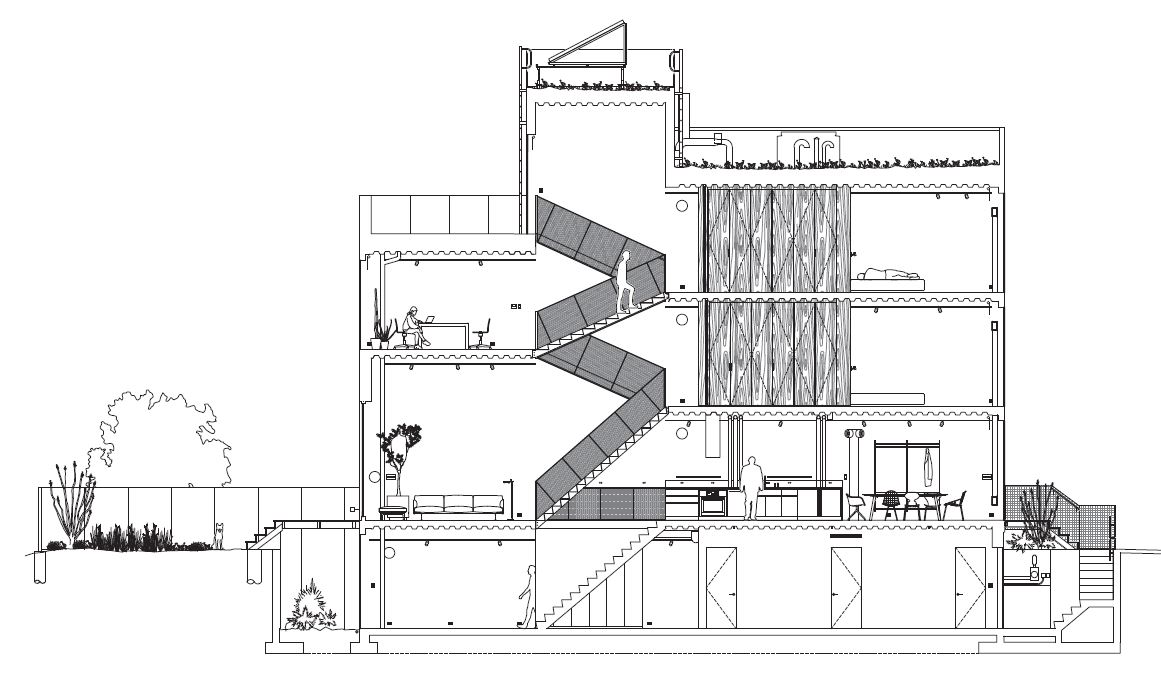 Triboro Corridor: A collaboration with One Architecture, this proposal for a new passenger-train service between Brooklyn, Queens, and the Bronx creates tangential connections and new spatial relationships among diverse communities, people, and jobs. While some stations are envisioned as simple platforms, other, more complex infrastructure nodes act as catalytic projects to speed up the transformation of local economic sectors. Image courtesy Only if 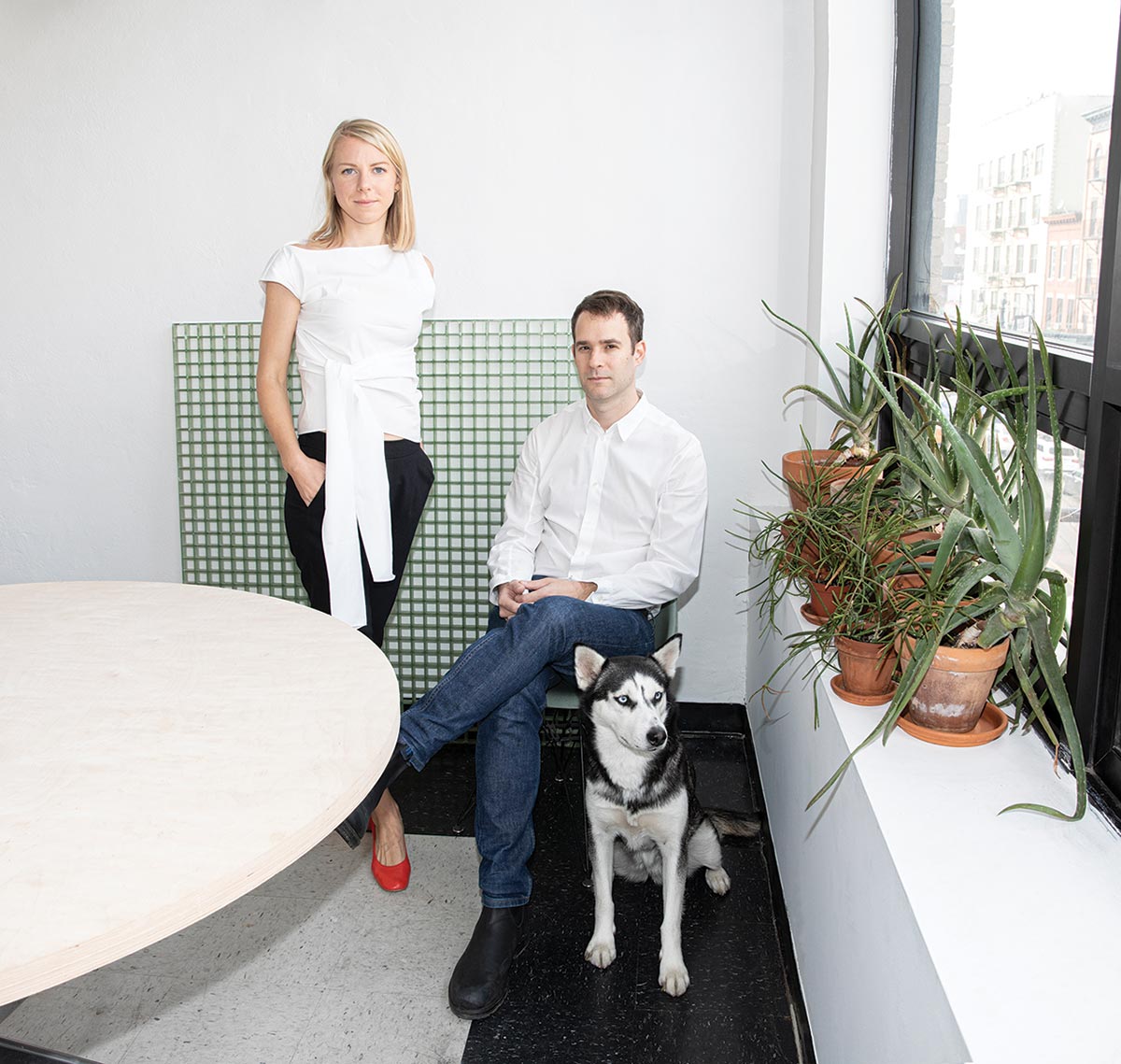 Back to Design Vanguard 2022
KEYWORDS: Brooklyn