Review: 'Between Memory and Invention: My Journey in Architecture,' by Robert A.M. Stern with Leopoldo Villardi

Most architects now know of Robert A.M. Stern as a successful architect and founder of the firm RAMSA in New York, as well as a former professor at Columbia and dean at Yale. Fewer may know of him as a prolific author who’s written, co­written, or edited several dozen books, or as a thorough and accomplished scholar who’s coauthored comprehensive histories of planned suburbs and a multivolume landmark history of New York City’s architecture from the late 19th century to the present. But who knew that Stern is also a terrific storyteller, as evidenced by his new memoir? There may be no American architect who has more thoroughly documented his own work—and his own thinking about it—than Stern.

His “journey,” written with the research assistance of Leopoldo Villardi, takes us chronologically through his life and career: his Brooklyn youth (he was born there in 1939); his Yale architectural education from 1960 to 1965, when Paul Rudolph was the chair; his leadership in the New York Architectural League, first in charge of exhibitions and later as president, in two different stints between 1965 and 1977; his early Postmodern phase as a partner in Stern & Hagmann from 1969 to 1976; his subsequent embrace of what he calls “Modern Traditionalism” as Robert A. M. Stern Architects; his professorship at Columbia University, from 1970 to 1998; and his deanship at Yale University’s School of Architecture, from 1998 to 2016. 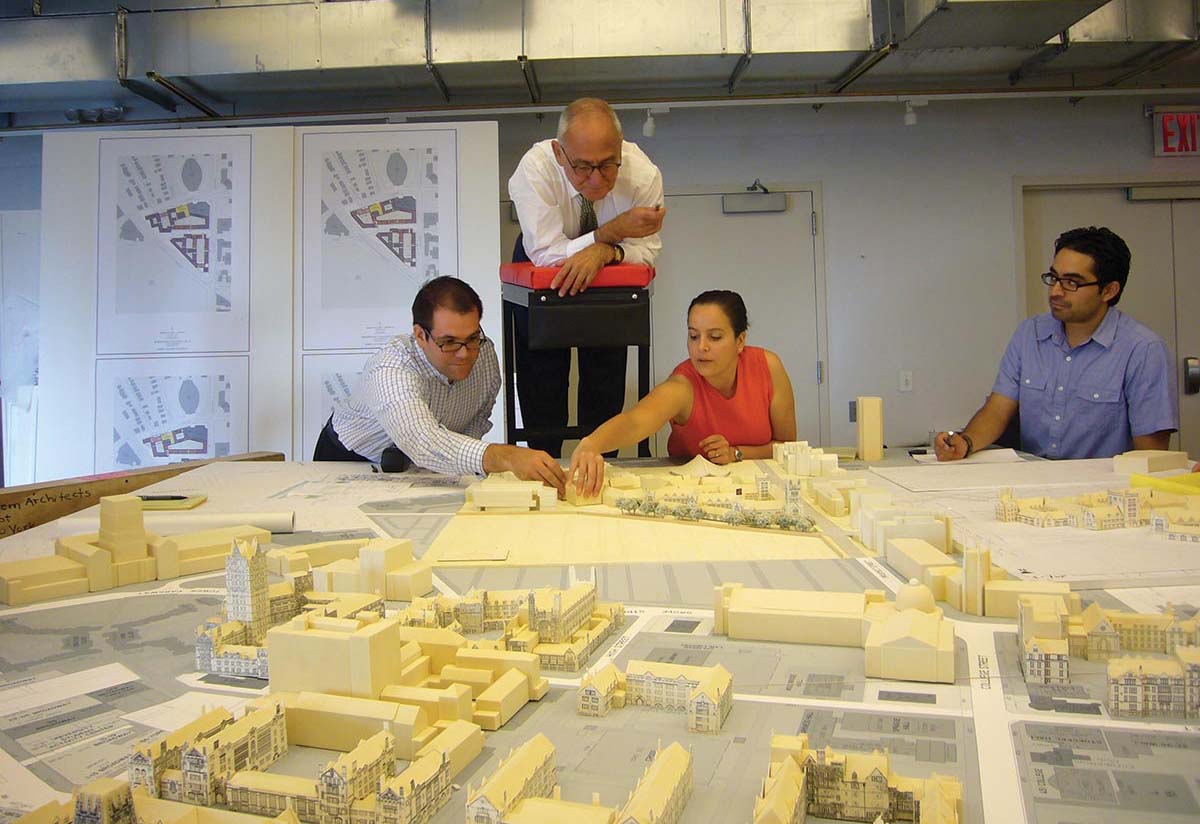 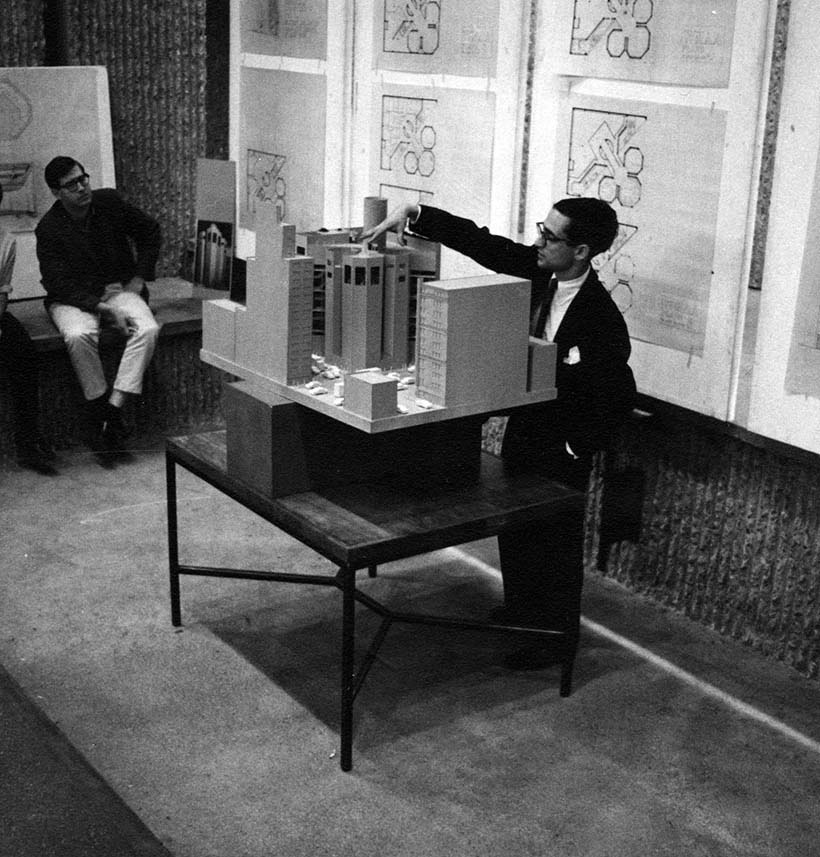 Throughout the book, Stern tells fascinating and often funny stories of the clients, colleagues, and coconspirators in his many ventures, which have extended beyond the design of hundreds of buildings to include ground-breaking exhibitions, such as the Architectural League’s 40 Under 40 show in 1966; important preservation battles, like the failed effort to save Edward Durell Stone’s 2 Columbus Circle in 2005; and even a television program, the Pride of Place series on PBS in 1986. In recounting the remarkable range of his activities, Stern sometimes seems like a witty Forrest Gump of architecture, having participated in so many of the most important events in our profession over the last 50 years. But he also seems at times like the F. Scott Fitzgerald of our field. Stern often writes with Fitzgerald’s verve, making this memoir a real pleasure to read, and their lives have some striking parallels. Like Fitzgerald, Stern did not come from money and, like Fitzgerald, watched the wealthy from afar. Stern writes of his youthful aspiration to become an architect in Manhattan, which stood as “a kind of metropolitan Oz to my young eyes.” Stern’s life also brings to mind such Fitzgerald characters as Gatsby, of The Great Gatsby, which Stern admits to “reread(ing) . . . on a pretty frequent basis.”

The memoir includes the famous Fitzgerald quote, “the test of a first-rate intelligence is the ability to hold two opposed ideas in the mind at the same time, and still retain the ability to function,” an intelligence that Stern has in spades. Whether hosting his popular post-lecture parties at Yale or hobnobbing with his many wealthy clients, Stern can seem as ambitious as Jay Gatsby while at the same time conjuring Gatsby’s opposite, the observant Nick Carraway. The tension between self-indulgence and self-reflection in American culture, found in Fitzgerald’s literature, also characterizes much of what Stern recounts.

The field of architecture has few great autobiographies, and those that we do have are either too self-effacing, like Louis Sullivan’s The Autobiography of an Idea, or too self-serving, like Frank Lloyd Wright’s An Autobiography. Stern offers a refreshing alternative here: a highly revealing and surprisingly frank assessment of architecture and architects, including himself. Stern acknowledges the “temerity and embarrassingly massive dose of chutzpah” that Stanley Tigerman recognized in him early on, and Stern admirably admits to his own limitations: “I regret that the buildings could not have been a little better, that the books could not have been a little clearer.” 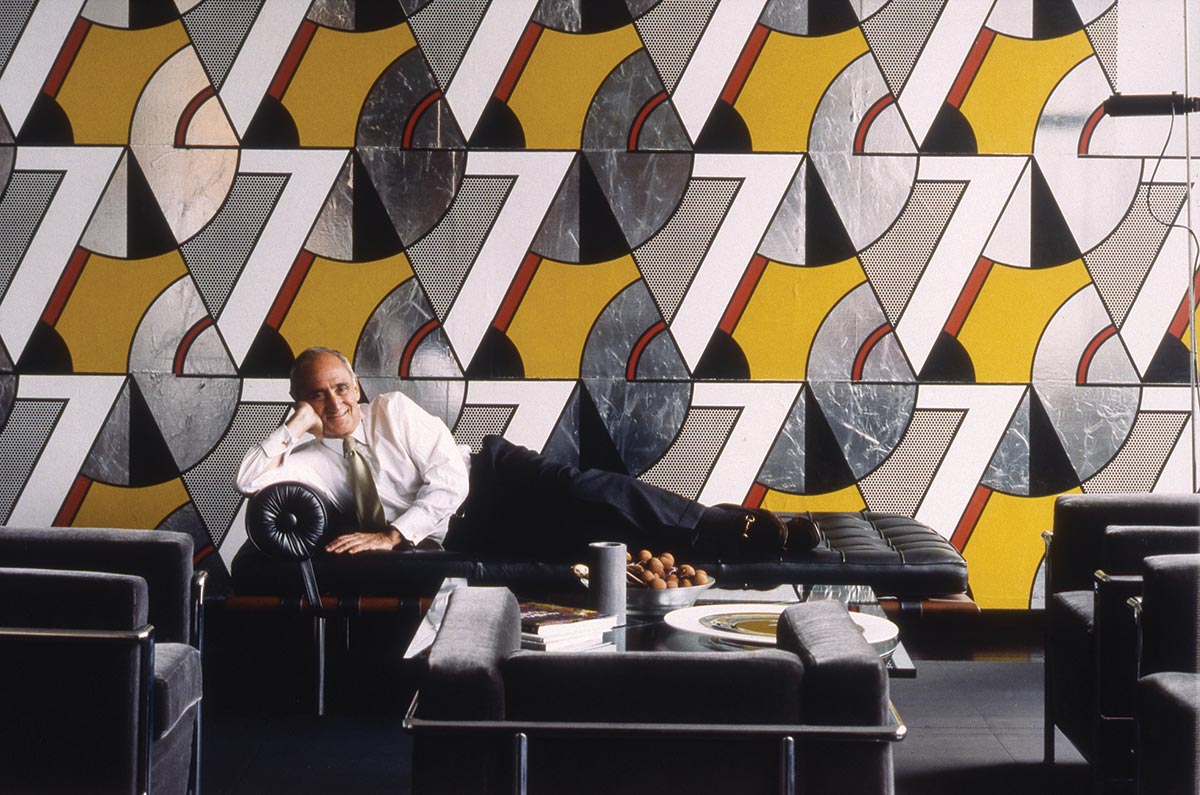 Stern relaxes in his loft in New Haven in front of a vinyl wallcovering by Roy Lichtenstein. Photo © Peter Aaron / Otto

In the second half of the book, Stern recounts the stories behind much of RAMSA’s enormous body of work. While that goes on a bit long, it reveals how much architecture is really a story of architects’ relationships with their clients. Consider Stern’s interaction with the Eisner family. He designed an apartment for Maggie and Lester Eisner in New York in the mid-1970s. During that project, Stern met their young son, Michael, who later in 1984 became the CEO of Disney. In 1986, Michael saw the Pride of Place series, conceived for PBS by Mobil executive Herbert Schmertz, for whom Stern had renovated a house in 1980. Eisner liked the TV series, and was spurred in 1987 to hire RAMSA to design the Walt Disney World Casting Center in Florida. This led to other commissions, including three hotels at Walt Disney World, two at Euro Disney, and one at Tokyo Disneyland, and the Disney-developed town, Celebration, co-planned with Cooper Robertson. Many wonder how architects propel their careers: Stern shows that satisfying residential clients can lead to much larger things.

The truly fascinating aspect of this memoir lies in the ringside seat it gives readers to the rise and evolution of Postmodern architecture and to the architects and critics who played important parts in that story. The book describes the crucial roles that Paul Rudolph performed as an inspirational educator, Vincent Scully as an insightful provocateur, and Philip Johnson as a loyal mentor and eventual promoter of Postmodernism. And it is full of odd occurrences along the way, such as the time that Barbra Streisand and Stern were driving to see a property on which Streisand wanted to build a house. Her interest in having Stern do the design definitely cooled after she found only Bette Midler tapes in Stern’s glove compartment. Hah!

Above all, the book makes clear the central role Stern has had in shaping our thinking about architecture and architectural education over the last five decades. He helped redefine Postmodernism, for example, not as a style but as an idea, as “the dialogue between old and new, between what was and what is and what will be.” Memoirs help make the past come alive, and that is certainly true here. Among Stern’s many accomplishments, this book may be one of his greatest yet, inventing a new genre in our field that, as a complement to architectural history, we might call architectural memory.