Hint: The redbrick cladding of this Tudor revival building conceals a structure of reinforced concrete—a response to a set of early 20th-century earthquakes that devastated the surrounding city. Originally built to house elderly women receiving convalescent care, the building was later transitioned to serve as a retirement home.

Last month's answer: The architect of the Austrian Travel Agency offices, located in the Opernringhof in Vienna and completed in 1979, is Hans Hollein. Hollein, who received the Pritzker Prize in 1985, studied in Vienna and at the University of California, Berkeley, before emerging as one of the leading European architects associated with Postmodernism. These reference-laden offices serve as a counterpoint to the modernist office building in which they are located. 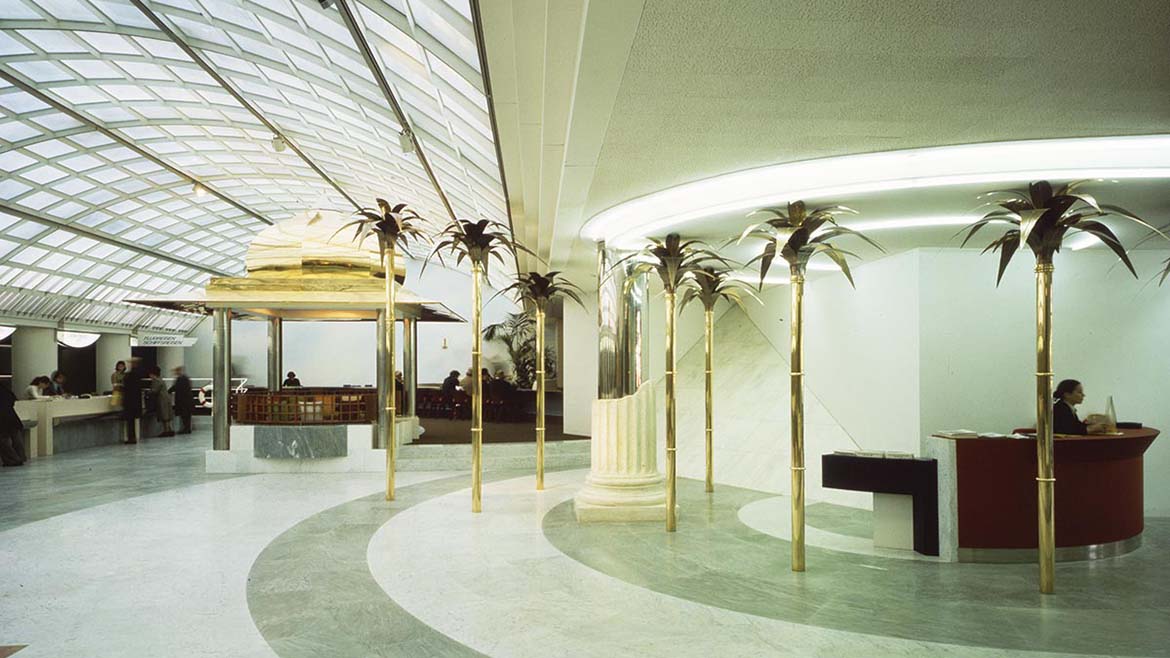