Concept as Form: “Model Behavior” at The Cooper Union in New York

One of the first things you see when you enter The Cooper Union is a model of the Foundation Building, dating from 2014, the first year in the school’s then-155-year history that students were charged tuition at the formerly merit-based, free institution. The model was built by the first-year architecture studio to be wheeled around New York and placed in front of various landmarks (the Flatiron Building, the statue of Abraham Lincoln in Union Square), in what the students called a “social poetic act of architecture…making visible the long, deep bonds between the institution and the city.” The model currently sits in the lobby of the Foundation Building as part of the exhibition "Model Behavior," as a kind of silent reminder of Cooper’s fractured relationship with the city, and the turmoil that erupted after the imposition of fees in a place that was a symbol of freedom and experimentation for art and design students across socio-economic divides. 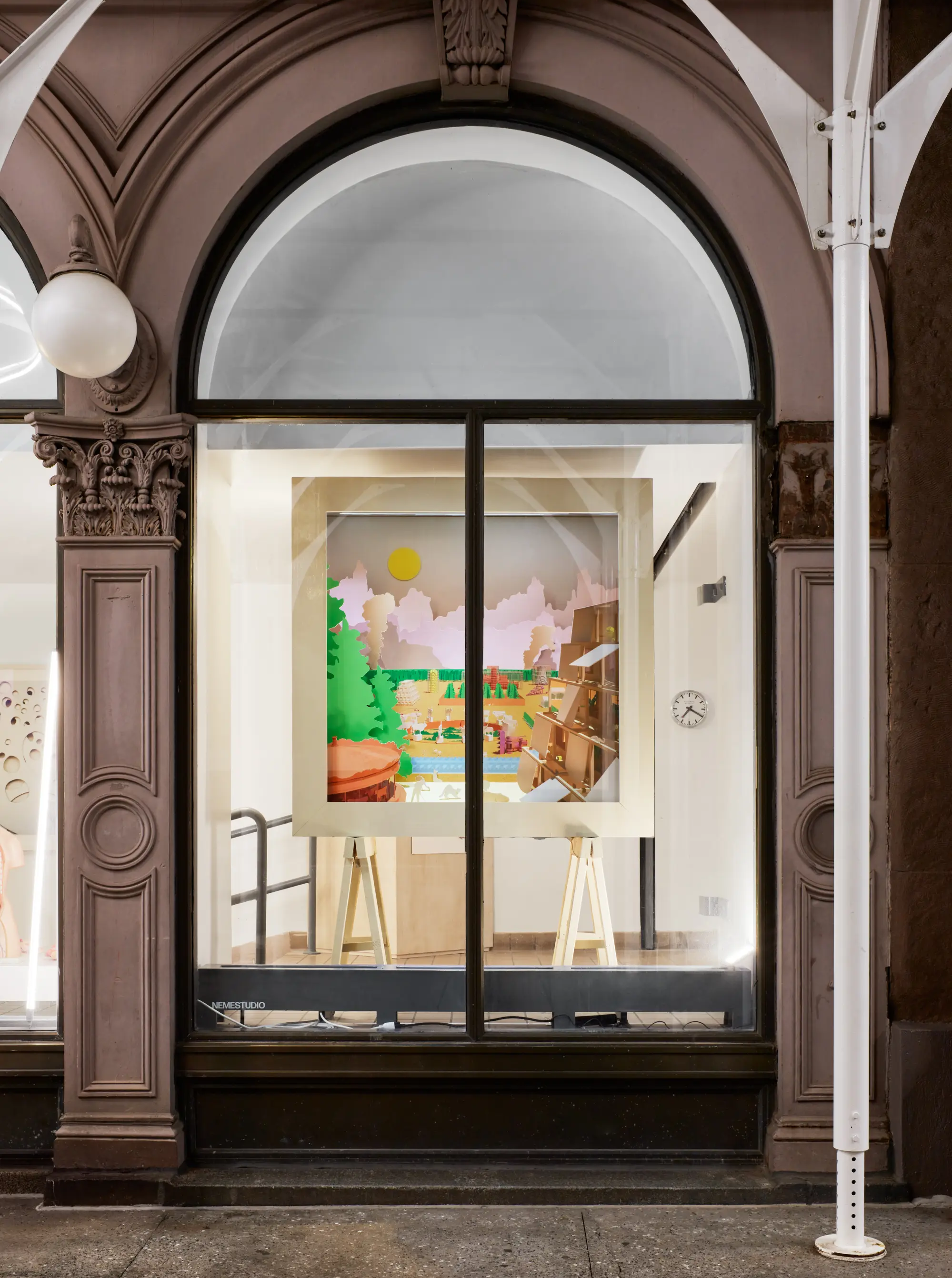 Exterior of the Foundation Building. Photo by Olympia Shannon

The exhibition, on view through November 18th, is curated by the Anyone Corporation to accompany the journal Log’s 50th issue, also titled “Model Behavior.” Set in the Foundation Building’s colonnade and lobby, the show displays 55 models from such architects, artists, and designers as Keith Krumwiede, Greg Lynn, Isamu Noguchi, Miriam Hillawi Abraham, and Forensic Architecture. The use of the term “model” here is a broad one, and refers to architectural models, product models, fashion models, anatomical models, weather forecasts, and even toys, all types of which are somewhat crammed into the linear colonnade.

The exhibition poses the question: how do models affect behaviors? But the question could easily be reversed, and the models could be seen as the outputs of behavior. It is a particular form of habit, dating from the Enlightenment, that drives people to create models of just about everything. We are constantly quantifying our existence and distilling it into various forms in an effort to visualize knowledge and ideas, but also to exercise a certain amount of control over what it is we want to model, whether it’s topographic information (as is the case of Ruy Klein’s model, Red Mountain, made from geographic information system technologies), or even the intangible, such as with Gonzalo Fonseca’s model Haut-Lie VI, a mushed amalgamation of forms made from limestone scavenged from a construction site. In architecture, a model commonly serves a utilitarian function—as a three-dimensional representation of an architect's plans for a future building, or as a way of inputting information during the design process, to be visualized and tested. The best architectural models convey this intellectual information in a way that also presents a building's phenomenological aspects: the indefinable qualities of sensation or intuition that it may produce in a viewer. In the exhibition are a number of models that successfully merge both the intellectual and phenomenological aspects of a building, such as Studio Sean Canty’s model, Staging Form, that presents a 3D-printed model of a house in which the roof, base, and core are all conceived as facades, or the design firm Certain Measures’s Mine the Scrap model, which  was assembled with a bespoke piece of software, using scanned pieces of scrap construction material as inputs. 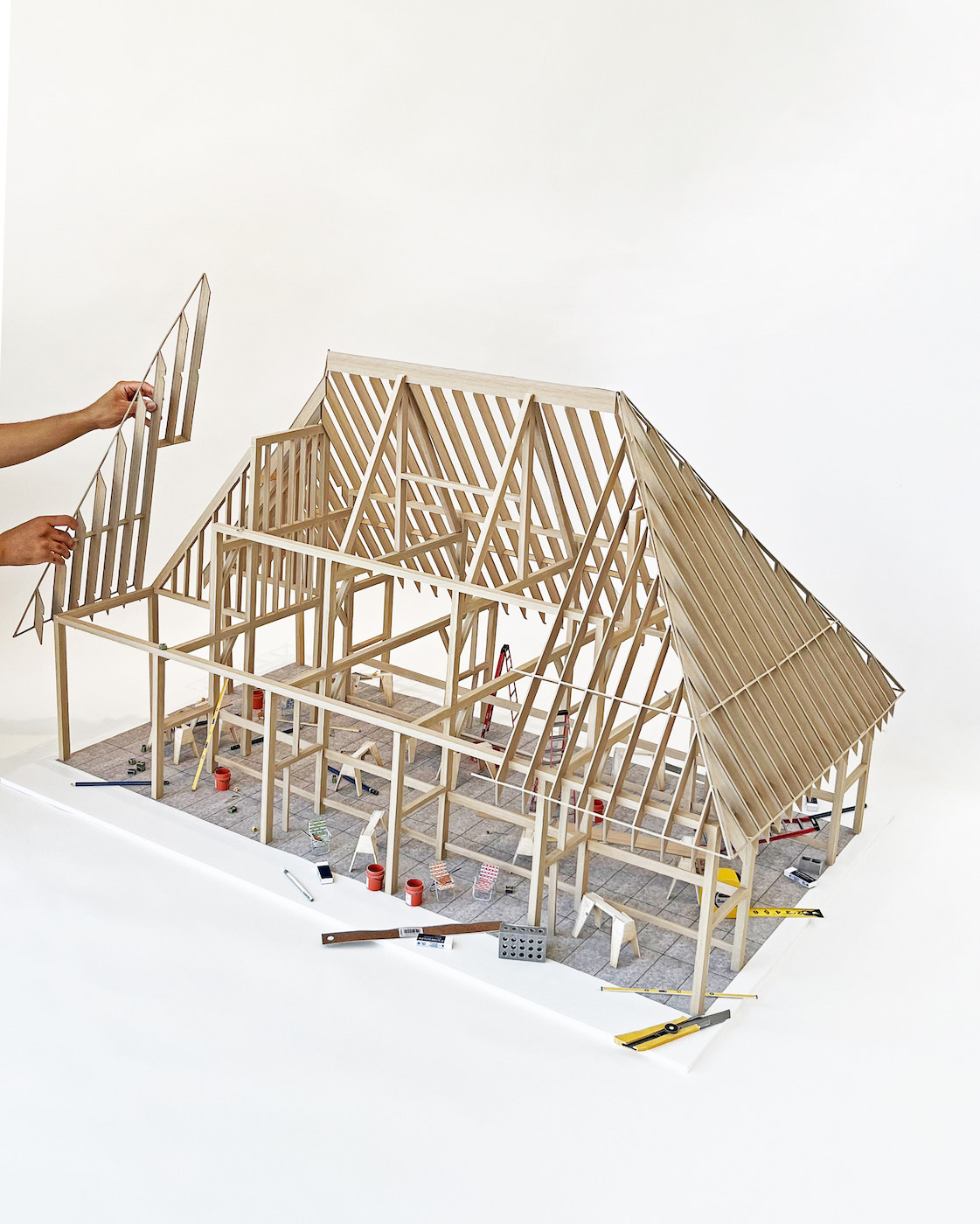 But just how do models really affect our lives? Within the exhibition there are models that display the pressing issues of our time, such as Models and Mis-behaviors by Höweler + Yoon, which examines the imperiled state of democracy in the world, or Olafur Eliasson’s Ice Lab, which displays 3D-printed replicas of blocks of ice that washed up on a beach in Iceland. But how many models have we seen of the earth’s destruction due to the climate crisis—and how little impact have they had on the behavior of humans and superpowers? And how many models have we seen detailing political instability, and how little have they aided in quelling it? Model making is almost a form of therapy in the face of our helplessness on certain issues. We can’t actually control the circumstances or outcomes, so we make models in order to feel as though we’re going to be able to have some quantifiable effect on an issue.

The overall sense of the show is that of a wunderkammer of varying materials, mediums, and messages, yet without any necessarily coherent effect. The attempted merging of model types (architectural and other) doesn’t benefit any overall message, specifically a socially or environmentally conscious one posited in the exhibition text­­. As you walk through the exhibition, it remains quite clear that these are different objects made for different purposes and that the models that have truly shaped our world—the thought, political, or economic models—remain elusive and exclusively intellectual, as opposed to physical models crafted as form and able to be displayed in a show.

Patrick McGraw is a New York-based writer and editor. He has previously been published in Interview Magazine and 032c.