Russell Fortmeyer
No Comments
Skidmore Owings & Merrill (SOM), Foster + Partners, and Kohn Pedersen Fox (KPF) have been retained as architects for a multi-billion-dollar-project to redevelop New York City’s Pennsylvania Station district, parties close to the deal confirmed on Friday. Image ' William Low A view of the original Pennsylvania Station, from author/illustrator William Low's 2007 book Old Penn Station. Click here to read an article about the book Old Penn Station. Bud Perrone, a spokesperson for the project’s developers, a joint venture of the Related Companies and Vornado Realty Trust, acknowledged that the three architecture firms are involved. Another source involved in
Read More 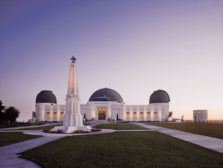 Rand Elliott, FAIA, drives his white Porsche 911 around Oklahoma City, showing you his major projects, shifting gears, and sweeping through the sprawling landscape so quickly, authoritatively, you begin to understand how important the new Chesapeake Boathouse is to the career of this consummate Oklahoma architect.

Randy Brown draws a line in the sand for Nebraska architecture with his family's Brown House, a labor of love in Omaha
Russell Fortmeyer
No Comments

Russell Fortmeyer
No Comments
As sustainable design concepts increasingly infiltrate the lucrative residential design and construction market, homeowners looking for reliable information on local architects and contractors with knowledge of the field can encounter a frustrating process. That situation is the impetus behind the new Web site, www.greenbuildingblocks.com, which had a soft launch at GreenBuild 2006, held in Denver in November. Now in beta form, the website hosts a growing number of professionals on pages that provide firm information and project portfolios. The site also functions as a network for local designers and contractors to connect. Need a sustainably minded mechanical contractor in Stillwell,
Read More

SmartGeometry conference marries form with function (digitally, that is)

Russell Fortmeyer
No Comments
The holy grail of integrated design still lies just out of reach. The idea of an all-in-one software package that would optimize such seemingly disparate elements as a building’s structure, energy performance, and form has yet to advance beyond the conceptual phase. The four directors of the group SmartGeometry (www.smartgeometry.org), a nonprofit educational charity interested in digital modeling, would like to change that. Started four years ago in London by a group of friends—Robert Aish, Lars Hesselgren, Hugh Whitehead, and J. Parrish—SmartGeometry organized a conference and workshop this January in New York City (the day-long conference, which followed a five-day
Read More

As sustainable design concepts increasingly infiltrate the lucrative residential design and construction market, homeowners looking for reliable information on local architects and contractors with knowledge of the field can encounter a frustrating process.

SmartGeometry Conference Marries Form with Function (digitally, that is)

The holy grail of integrated design still lies just out of reach.

The PDF file format continues its dominance of the portable file market with the release of an updated version of Adobe’s Acrobat, now in version 8, and the launch of a reconstituted edition of the Internet conferencing software Breeze, now called Adobe Acrobat Connect.

Russell Fortmeyer
No Comments
The PDF file format continues its dominance of the portable file market with the release of an updated version of Adobe’s Acrobat, now in version 8, and the launch of a reconstituted edition of the Internet conferencing software Breeze, now called Adobe Acrobat Connect. Adobe Acrobat Connect’s user interface is intuitive and straightforward. Acrobat 8 Professional fine-tunes many of the software’s standard features, adding the ability to create a single PDF out of multiple files, as well as streamlining the software’s look. Additionally, you can add comments to files in a shared review setup, when files are located on shared
Read More
Previous 1 2 3 4 5 6 Next
Subscription Center
More Videos