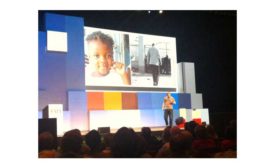 The Architects & Firms box is above the image. Please move it below the image and set the image as featured.

David Hill
No Comments
Spanish architect Luis Vidal, principal of Madrid-based Luis Vidal + Architects, is just 44, but he’s already become one of the world’s top airport designers, with major projects in Spain (Madrid, Pamplona, Murcia, Reus, and other cities) and Poland (Warsaw). His current aviation project is the new T2 terminal at London’s Heathrow, scheduled to open in 2014. Although Vidal spends several weeks each year in San Francisco, he’s never done a project in the United States. But that could change. And no, he’s not designing a new U.S. airport. For now, at least, he’s leapfrogged past that to design a
Read More

AIA 2013: Intervening in an Architectural Hodgepodge

David Hill
No Comments
Studio de Arquitectura y Ciudad (Querétaro, Mexico) - 1st place When Jeff Sheppard, principal of Denver’s Roth Sheppard Architects, launched the "Micro Housing Ideas Competition" back in January, he had no idea where the entries would come from. The contest—sponsored by the Denver Architectural League—was open to just about anyone in the United States or abroad associated with the architecture profession, including registered and non-registered architects, interns, and students. As the models and drawings began pouring in, Sheppard noticed that many were coming from outside the U.S. By the time the competition closed on May 9, there were 70 entries
Read More

David Hill
No Comments
Two years ago, Los Angeles Times architecture critic Christopher Hawthorne, writing in Architectural Record, lamented the “shrinking fraternity” of fellow newspaper critics focusing on the built environment. “At American dailies,” he wrote, “there are fewer than a dozen writers covering architecture with any regularity, and perhaps just four or five full-time critics.” The Dallas Morning News, however, is bucking the trend. In April, Mark Lamster, an editor at Architectural Review and contributing editor for Design Observer, will become the newspaper’s architecture critic. Lamster’s position is a partnership with the University of Texas at Arlington; he’ll teach a graduate seminar at
Read More

David Hill
No Comments
Photo courtesy SCAD A student in the Savannah College of Art and Design's Interactive Design and Game Development department. Students from the game department are collaborating with architecture students to design an video game that will simulate working in an architecture firm. Let’s face it: Architect: The Video Game doesn’t sound quite as sexy as Grand Theft Auto or Mass Effect. But faculty members at the Savannah College of Art and Design (SCAD) are hoping that an interactive approach to teaching professional practice will engage architecture students in a subject that is often met with little enthusiasm. They’ve just won
Read More

David Hill
No Comments
Photo © Sasha Brück/Wikipedia Columbine High School’s library was redesigned after the 1999 shootings. What do you do with a building that's been the site of a mass shooting? Tear it down? Remodel it? Turn it into a memorial for the victims? How do you make a decision? Nearly three months after the horrific shooting at an Aurora, Colorado, movie theater, which left 12 people dead and dozens injured, the theater remained closed. A chain-link fence covered with green privacy fabric surrounded the Century 16 theater, located next to a shopping mall. In August the theater owner, Texas-based Cinemark Theatres,
Read More

David Hill
No Comments
Curtis Fentress with a model of his 2001 design for the Incheon International Airport in Seoul. Curtis Fentress had just three weeks to come up with a design for Denver International Airport. Completed in 1995, the airport—with its distinctive peaked white-fabric roof—helped put Fentress and his Denver-based firm in the architectural spotlight. Since then, the 64-year-old North Carolina native has built a reputation as a forward-thinking designer of airports and other civic buildings. His airports, including South Korea’s Incheon International, are consistently top-rated in passenger surveys. Currently under construction is a $1.4 billion expansion of Los Angeles International Airport, the
Read More

David Hill
No Comments
David Wright House Even casual fans of Frank Lloyd Wright’s architecture are familiar with the Guggenheim Museum’s spiral ramp, which wraps around a six-story atrium. Wright designed the Guggenheim in 1943, though it didn’t open until 1959, shortly after the architect’s death. But the New York museum’s famous spiral inspired a little-known house that Wright designed for his son David in the Arcadia neighborhood of Phoenix. Preservationists say the house could be torn down if a new buyer isn’t found soon. Related links Frank Lloyd Wright’s Ennis House a Tough Sell Frank Lloyd Wright Exhibition Opens at the Guggenheim Frank
Read More

David Hill
No Comments
Image courtesy Miller Hull Partnership Robert Hull was a Peace Corps volunteer in Afghanistan in the 1960s and 1970s. Now, he’s returning to the country to build a health clinic for a nonprofit organization. Seattle architect Robert Hull remembers Afghanistan in the late 1960s and early 1970s as a poor but peaceful country, with people who were kind and tolerant of foreigners—a far cry from the war-torn nation of today. Image courtesy Miller Hull Partnership Hull’s design for the 20,000-square-foot clinic is based on a traditional caravanserai, a kind of walled roadside inn for weary travelers. Related links Special Report:
Read More
Previous 1 2 3 4 5 6 Next
More Videos