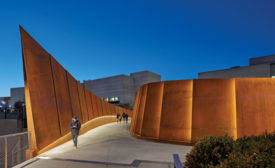 ISEC Pedestrian Crossing at Northeastern University by Payette and Arup 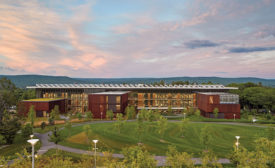 With ambitious performance goals, a set of buildings at Amherst College, the University of Chicago, and the National University of Singapore foster collaboration and reflect changing values. 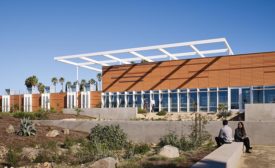 Architects refine the art and science of facade design. 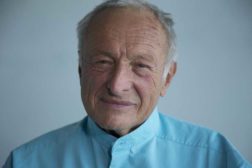 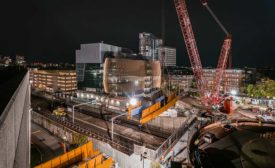 A new pedestrian bridge linking the university’s main campus with its expanding science and engineering campus across a divide of five railway lines in Boston got a major boost. 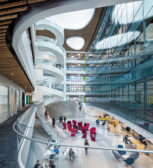 Architects created a student hub by adding a six-story-tall central atrium to a new building on campus.

Joann Gonchar, FAIA
No Comments
At Princeton University's new Frick Chemistry Laboratory, dedicated in April, a highly efficient lighting scheme is one of several tightly integrated strategies that contribute to the building's ambitious energy-saving goals: Frick is designed to use 24 percent less site energy than allowed by the 2007 version of ASHRAE 90.1 standard. This building's configuration is a product of both environmental and programmatic goals, according to its architects, London-based Hopkins and Payette Associates of Boston. The 265,000-square-foot structure has two four-story, largely glass-enclosed wings'one on the east for research and another on the west for offices. The pieces are joined by a
Read More

No Comments
A four-story, 239,992-square-foot building for Princeton University's chemistry department, with research and departmental labs and a 256-seat auditorium in the basement, teaching labs and a café on the ground floor, and research labs on the upper three floors.
Read More

A building's design expresses and supports its client's mission of blending research and treatment.
Clifford A. Pearson
No Comments

Health-care facilities typically use isolation as a strategy for dealing with infection control, creating buildings that work as sets of departments closed off from one another.