The underlying causes of the trouble at San Francisco’s 4.5-block-long Salesforce Transit Center are coming into focus. A combination of low fracture toughness deep inside thick steel plates, cracks present as a consequence of normal steel fabrication and stress levels from loads, which are a function of design, apparently caused brittle fractures in the bottom flanges of the center's twin built-up plate girders that span 80 feet across Fremont Street.

All three ingredients were needed for the brittle fractures. “Take away any one and there is no brittle fracture because the other two compensate,” says Michael D. Engelhardt, a professor of engineering at the University of Texas, Austin, and the chair of the independent peer review panel formed in October by the area’s Metropolitan Transportation Commission.

Read this full story​, as well as ongoing coverage of the Salesforce Transit Center, on ENR.com.​ 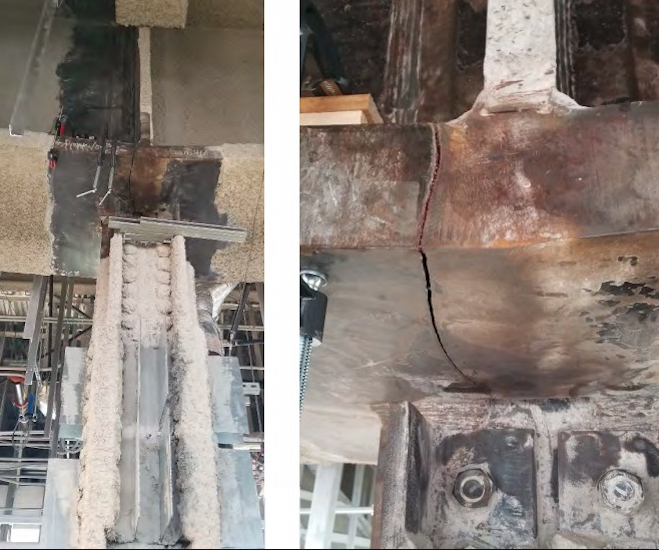 Fractures in the bottom flanges of twin girders that span Fremont Street triggered the closing of the Salesforce Transit Center in late September, some six weeks after it had opened. Photos courtesy TJPA/LPI.