Rainy Hamilton Jr., president of Hamilton Anderson Associates (HAA), discovered that he was destined for a career in architecture “early in life,” as one of his friends likes to brag. By elementary school in his hometown of Detroit, Hamilton’s passion was drawing. He pursued this interest at Cass Technical High School and then at the University of Detroit Mercy School of Architecture. Afterward, Hamilton worked for Schervish, Vogel, Merz and then the SmithGroup prior to establishing his own practice in 1994.

Hamilton cofounded HAA with Kent Anderson, a landscape architect whom he met at his first job (and who has since left the firm). The pair quickly got work. Since then, the office has handled a variety of project types but consistently focuses on public buildings and landscapes. Hamilton’s identity as both an African American and a Detroiter is a part of HAA’s story, and that, along with the integrity of the office’s projects, established their reputation. “We grew the practice by doing the work that we thought was meaningful in Detroit,” he explains. 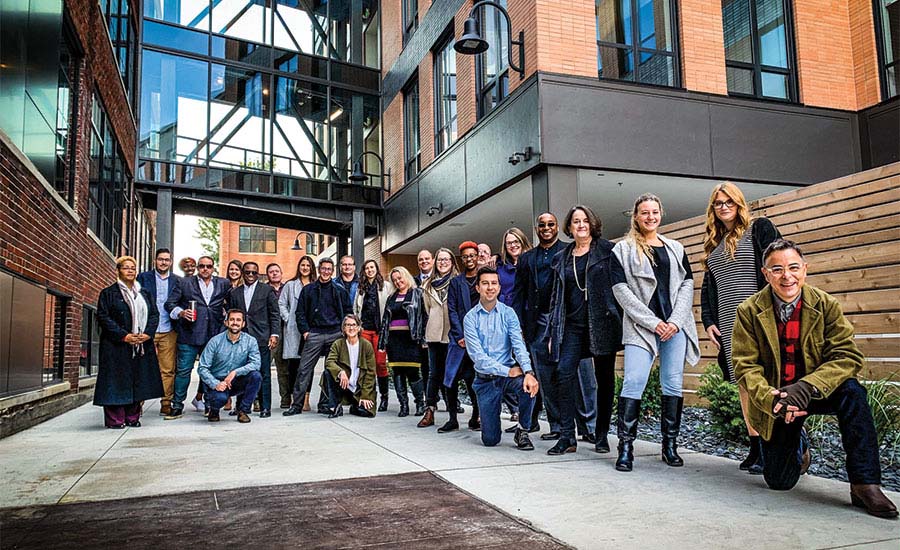 The firm—both the staff and scale of projects—has increased in size and prominence. With about 45 employees today, the office’s portfolio includes civic and academic buildings, notably the Detroit School of Arts and projects for Wayne State University and Michigan State University, where, in addition to the design of Wells Hall on the East Lansing campus, the firm completed the site design for Zaha Hadid Architects’s Broad Museum. The office has collaborated on work for Detroit’s airport and HOK’s design of the Little Caesars Arena, where the Pistons and Red Wings play. While it has some nationwide work—such as interiors and hospitality projects for MGM International—HAA continues to be deeply engaged on rebuilding Detroit, and other urban areas, says Hamilton, “one house, one block, one neighborhood at a time.”

This has translated to helping design the architecture of Detroit’s economic resurgence, including several new mixed-use developments in the city. At Elton Park, they added four multifamily residential buildings and a set of townhouses that respond to the historic Corktown neighborhood. At City Modern in Brush Park, HAA led the planning process, provided the site design, and is the architect of two new multifamily residential buildings, including 124 Alfred. The office is also the Architect of Record for the Perkins and Will–led Motown Museum expansion, which will provide space to properly exhibit and celebrate the history of the legendary record company. The first phase, a renovation of the existing bungalows of Hitsville U.S.A. along West Grand Boulevard, is now under construction. 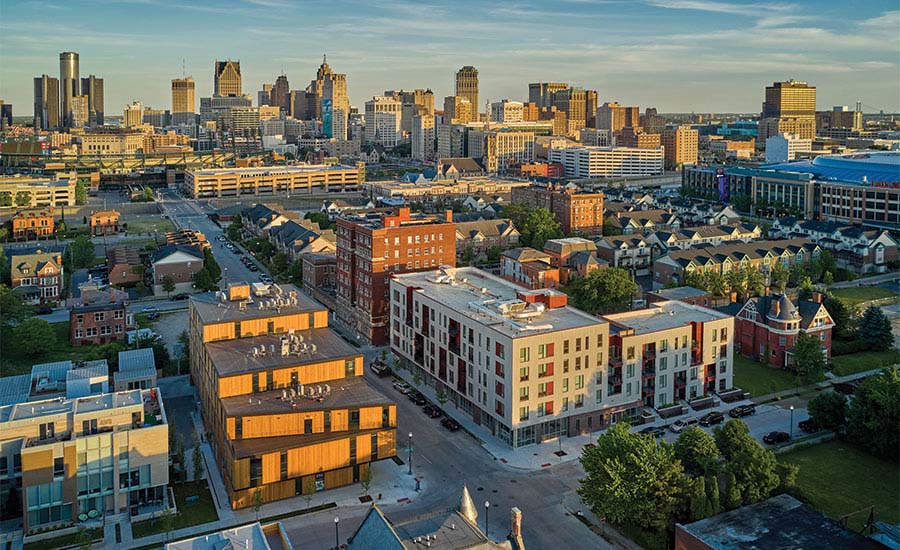 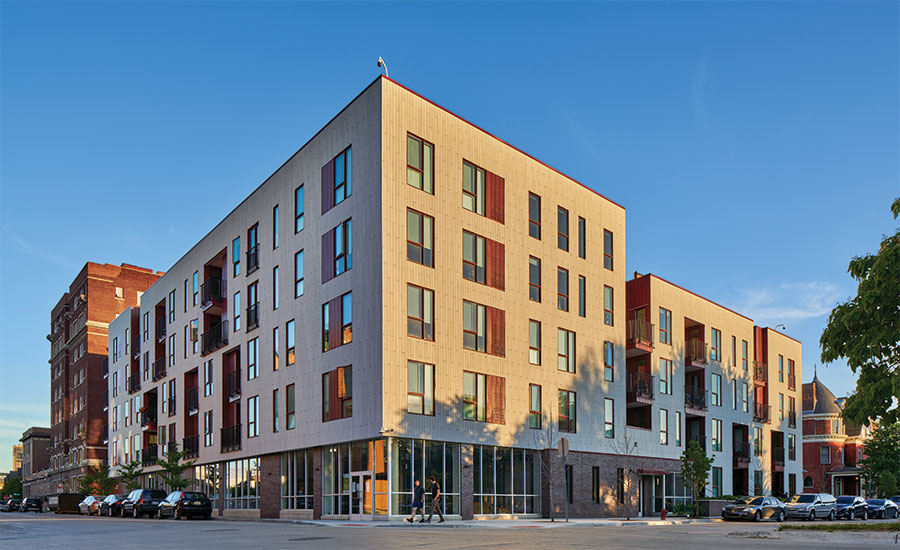 The firm provided planning and site design for the City Modern project (1), and was the architect of two of the complex’s multiunit buildings, including 124 Alfred (2). Photos © Jason Keen

HAA has actively worked to ensure that its leadership includes BIPOC men and women. “I am focused on bringing people on and allowing them to grow as much and as fast as they want,” says Hamilton. “I want to groom our people to be able to run their own practice one day.” The firm also operates Rogue HAA as an outlet for advocacy, fabrication, and civic art. In addition to design awards, HAA has received the AIA Michigan Firm of the Year twice, most recently in 2019.

In advising young designers, Hamilton encourages them to “learn all aspects of what an architecture practice has to do to be in business.” This entrepreneurial attention was instilled in Hamilton early on: his father came to Detroit from Mississippi to work in automotive factories, and later started a successful landscaping company. As a young man, Hamilton worked with his father and remembers the care he took, even with out-of-the-way corners of a yard that might go unseen. “If you’re hired to do a job, you do a good job,” he recalls as a lesson, and applies the same attitude to the cultivation of Detroit’s future.

The architect is encouraged by the widespread outrage and peaceful protests following the murder of George Floyd this summer. He shared his thoughts and experiences with his office during an emotional online meeting, the staff scattered remotely because of the Covid pandemic. HAA is a mission-driven company, and Hamilton wanted to reaffirm that “we’re all in this fight for equality and justice together.” As a sci-fi fan, he appreciates Star Trek, but, “before you can reach for the stars, you’ve got to come together as a people,” he says. “How do we get to be a better society if we’re still discriminating against any race or any class of people?” In a June blog post, Hamilton called out the racial injustice and discrimination that “has been the silent yet ever-present ill of this country. To see companies, both large and small, finally speak publicly and take a position for inclusion and equity for all is a momentous time in our history.”