Whether she is working on the renovation of a Manhattan apartment or a proposal for a multifamily housing prototype in Newark, architect Nina Cooke John’s design approach is anthropological in nature. At the crux of her eponymous practice, which she established in 2018, is a fascination with how people appropriate and modify the spaces around them in an ad hoc manner. This is apparent in her earliest work: her thesis project at Cornell University, where she received a B.Arch. in 1995, explored how leftover space between buildings in the Bronx and Brooklyn could be transformed into “urban porches”—places for musical storytelling—for the predominantly Caribbean communities residing there. “I did get some pushback,” Cooke John, who was born and raised in Kingston, Jamaica, recalls. “Since it wasn’t a single building at a particular location, there weren’t any big formal moves,” she says. “Rather, it was about taking what you’ve been given and programming it in a way that benefits a larger group.”

Cooke John was initially enrolled in the undergraduate architecture program at City College in Upper Manhattan, where she had family nearby. In her first year, her teacher Susan Rodriguez—with whom she would later work at Polshek Partnership (now Ennead Architects)—suggested that she transfer to Cornell. “I went from taking the subway late at night, with my T-square and drawings, to this totally different collegiate environment,” says the architect, who lived in the university’s Ujamaa residence, a dormitory that celebrates the rich heritage of Black people around the world. “I was able to weave the intense studio life, which is the architect’s experience, with the really interesting life of Black students at the university,” she says. “As someone from Jamaica, I was beginning to understand Black American culture, and was fascinated by the overlaps and differences.” 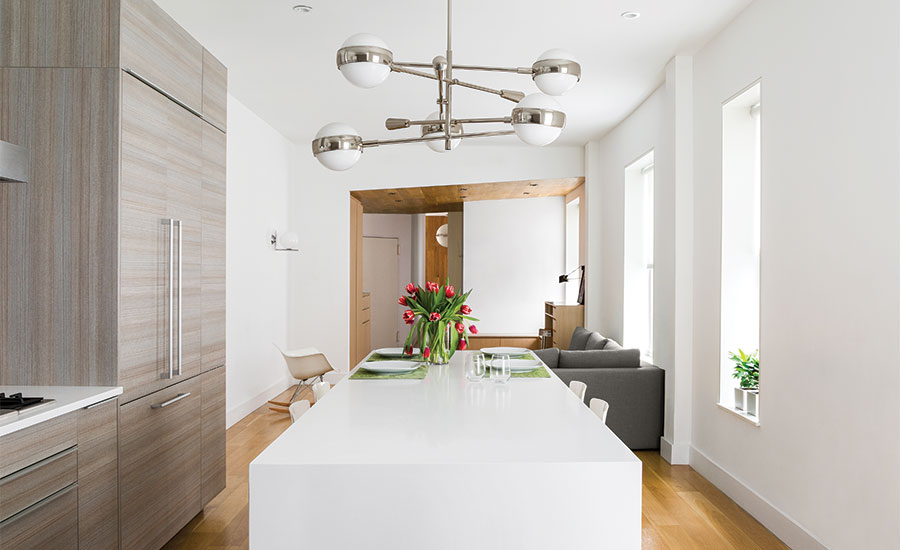 A gut renovation of a Manhattan apartment. Photo © Ball and Albanese, click to enlarge.

Cornell’s multicultural setting and theory-driven curriculum inspired in Cooke John a broader interest in academia. After a stint working at Voorsanger and Associates, in New York, she earned a Master of Science in Advanced Architectural Design from Columbia’s GSAPP, continuing her exploratory research on the urban environment. It wasn’t until she had her first child that she transitioned from a role designing big cultural projects at Polshek—such as the New York Botanical Garden masterplan and the former Biltmore Theater—to becoming a full-time academic, traveling each week to and from her home in Queens to Syracuse University in upstate New York. She then took up teaching a studio course at Parsons (she now leads an interdisciplinary design class there) and freelancing with a friend before establishing Studio Cooke John. Being a single practitioner has allowed her to divide her time between work and family, she says; small-scale residential projects, such as apartment combinations and additions, as well as office renovations, provide the right balance. 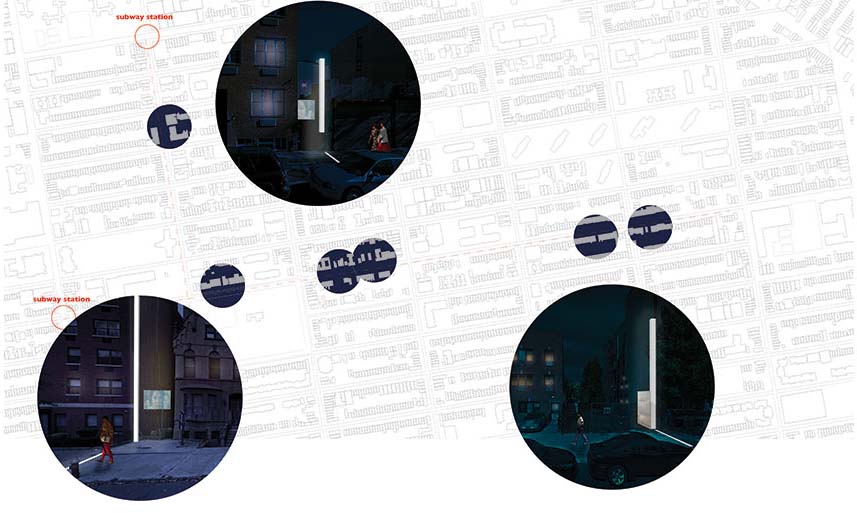 A competition submission looks at the experiences of women walking alone in London after dark.

Striking out on her own has also given the opportunity for her design thinking to evolve. Cooke John has recently started pursuing projects with more urban engagement, which has meant more competitions. She has plans to expand her entry for a recent competition, for the City of London, focused on improving the city’s night-time economy. Her idea considers the cultural stigmas and safety implications tied to women’s experiences walking to and from public-transit hubs alone at night; she envisions a prototype for multisensory mini-installations—using devices such as glowing poles of light to illuminate dark areas, and an app to track women’s movements, informing friends and families of their whereabouts—that could be integrated within desolate urban environments to make women feel more at ease when out alone after dark.

Striking out on her own has allowed Nina Cooke John to better balance professional and personal time, and has presented the opportunity for her design thinking to evolve.

“When I was in school, architects weren’t really exploring concepts of community engagement,” says Cooke John. “But over the past decade, I’ve noticed people starting to listen more, and talking not just about formal context but about the cultural context of a place, and how to respond to that in a particular way—which has been encouraging.” In fact, the architect’s undergraduate thesis project reappeared at the New York Center for Architecture’s 2018 exhibit Close to the Edge: The Birth of Hip Hop Architecture, which was curated by her brother, architect Sekou Cooke, who teaches at Syracuse. 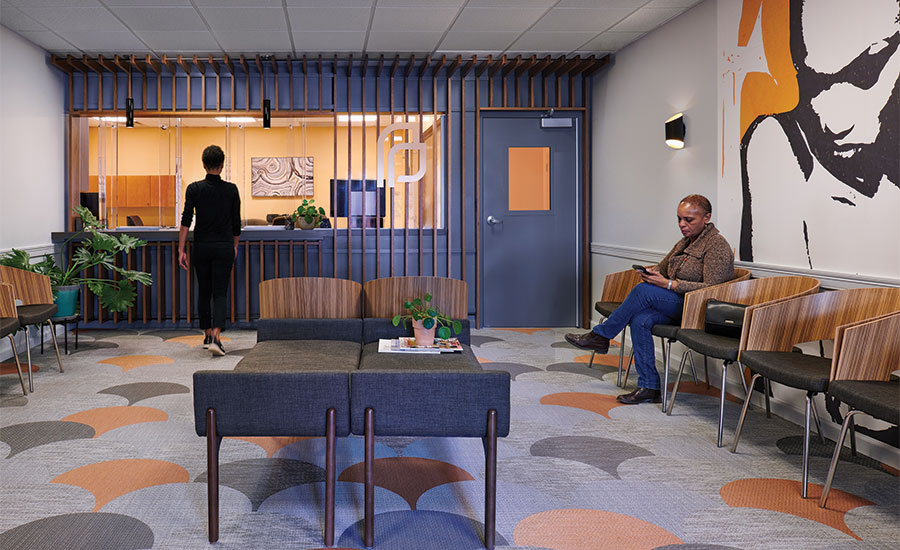 Although Cooke John is interested in projects in the public sphere, she emphasizes the fact that she is not restricted to this type of work. Currently, she is designing a ground-up vacation home in the Caribbean, as well as the upcoming Flatiron Public Plaza installation sponsored by Flatiron/23rd Street Partnership and produced in collaboration with NYC DOT Art and the Van Alen Institute, which aims to foster connections between pedestrians. She also just finished the interior for a Planned Parenthood facility in New Jersey. “The assumption often is that Black architects are only interested in urban engagement, and that shouldn’t be,” she says. “There are so many people doing great things at such different scales. One thing the profession can come to understand during this moment of cultural reckoning is the diversity within the practices of Black architects across the country and the world.”