By David Heymann and Stephen Fox

Now a new book by UTSOA professor David Heymann and Rice Architecture lecturer Stephen Fox sheds light on the significant but little-known house he designed and later remodeled for his family, one of the first residences in Houston with a fully enclosed courtyard. With detailed new drawings, candid family photos, and personal anecdotes based on interviews with Chase’s wife, Drucie, and other relatives, Heymann traces how the iterations of the home reveal the architect’s growth as a designer and community leader, as well as his evolving aesthetic, which, earlier in Chase’s career, tended toward Mies, then later skewed Wright. Fox, an architectural historian, frames Chase’s work in the broader historic and cultural context of the time.

John Chase and his sons in front of the Chase Residence in 1959. Photo courtesy of the African American Library at the Gregory School, click to enlarge.

After graduating from UTSOA, Chase and his wife moved from Austin to Houston, where he became an assistant professor at Texas Southern University, a public, historically Black institution. Chase unsuccessfully sought employment with 20 firms in the city—including that of his friend Howard Barnstone (whose wife, Gertrude, Fox writes, recalled her husband’s concern that the landlord of his office building might see him “receiving an African American visitor not clearly coded by his dress and demeanor as a service person”). Unable to work under a registered architect, Chase successfully petitioned the Texas Board of Architectural Examiners to allow him to take the registration exam without having completed a formal internship. In 1954, he passed the test and officially opened his own practice.

To get to know the community, Chase and his wife joined multiple prominent Black churches in Houston and attended each one every Sunday. Designing religious spaces became an important pillar of his practice throughout the 1950s and ’60s, but he also developed many other types of buildings for Black families, businesses, and institutions. Toward the end of the 1960s, with branches of his firm in Houston, Dallas, and Washington, D.C., he began to land government contracts and commissions from a broader range of clients.

The house that he completed for his own family in 1959 was a low-slung, flat-roofed brick-clad courtyard house in Houston’s diverse neighborhood of Oakmere. With a subdued modern exterior, the house offered a new take on the interior courtyard. Rather than simply acting as a light well or protected outdoor space, the large, central courtyard of the Chase Residence, screened overhead, was a key social area and provided the primary circulation between rooms. The authors found only two other examples of similar residential courtyards in Houston prior to Chase’s design. 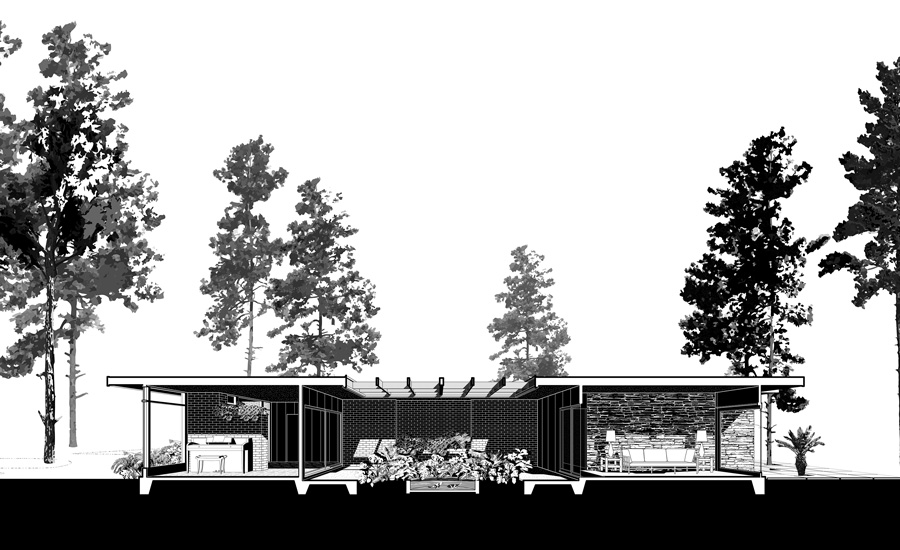 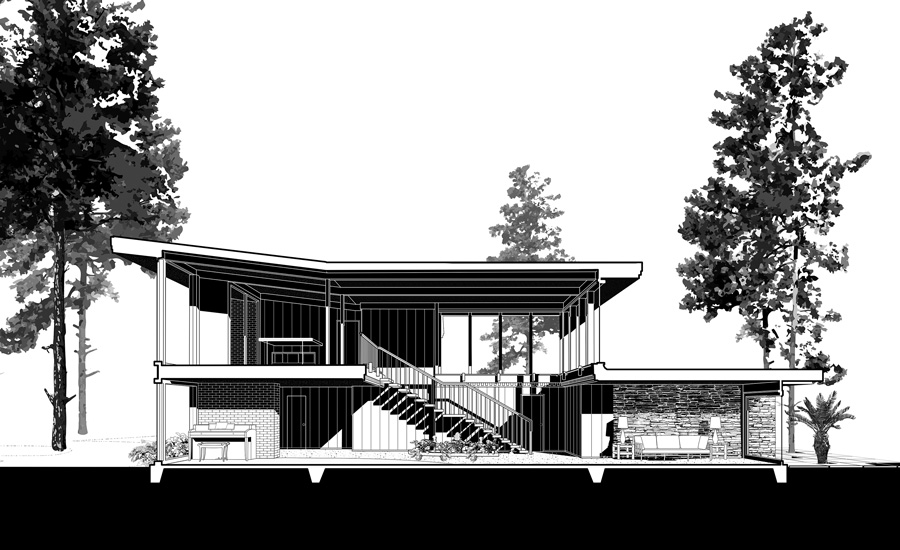 Affable and civic-minded, the Chase family quickly became a fixture in Houston’s progressive social circles, regularly hosting politicians, religious leaders, and neighbors for gatherings in and around the courtyard. But by the mid-1960s, after the Chases’ third child was born and as their community involvement continued to grow, the house felt too tight. A 1968 renovation added upstairs rooms and, most notably, enclosed the courtyard to form a double-height room with an asymmetrical butterfly roof. Illuminated by a large light monitor facing the street, the house became “a lantern, a beacon in the city,” writes Heymann.

After a long, prolific career, Chase died in 2012, but his wife still lives in the house today. In both incarnations of the structure, Heymann identifies a central truth: “Here is the home of happy people, intent on succeeding as normal human beings in and despite an unfair world.”