Solution: The wood beams and some arched door openings in the style typical of the Republican era of China (1912-1949) were relatively well preserved. However, most of roofs, walls, doors and windows were badly damaged or no longer intact. The architects restored, resurfaced and replaced much of the original, while adding new spaces, including a covered veranda, by building a frame structure with ribbed beams and ceiling panels.

The front courtyard, used primarily as a garage, retains its pitched roof. ARCHSTUDIO, however, removed the front and back walls, and bent part of the veranda's roof downwards to form a curved wall that conceals services, laundry, and equipment.

The living, dining areas, tea room and kitchen are organized around the middle courtyard, while the bedrooms, study, and another tea room open onto the back courtyard.

Construction and Materials: The architects retained the original pine framework of the Siheyuan and restored the gray brick walls. Some of the new walls are formed by glass bricks, which are identical in size to the old gray ones. Laminated bamboo panels appear in the new covered veranda, doors, windows, and some furniture. 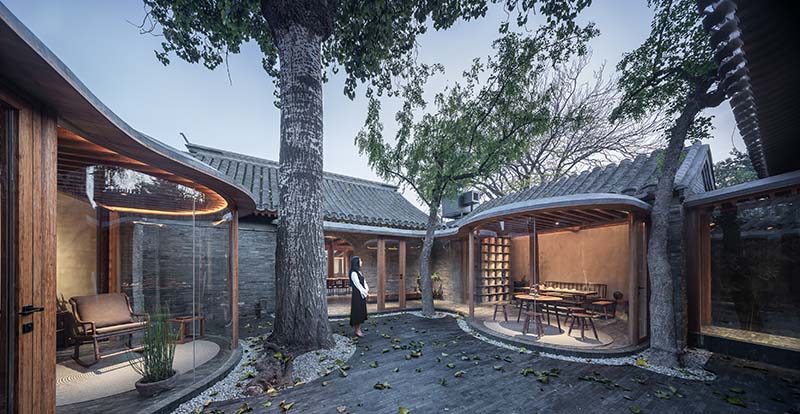 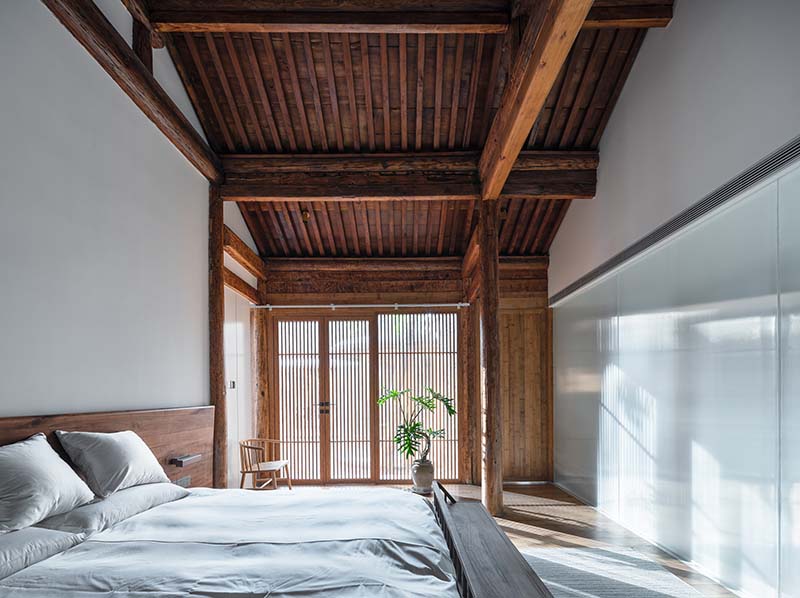 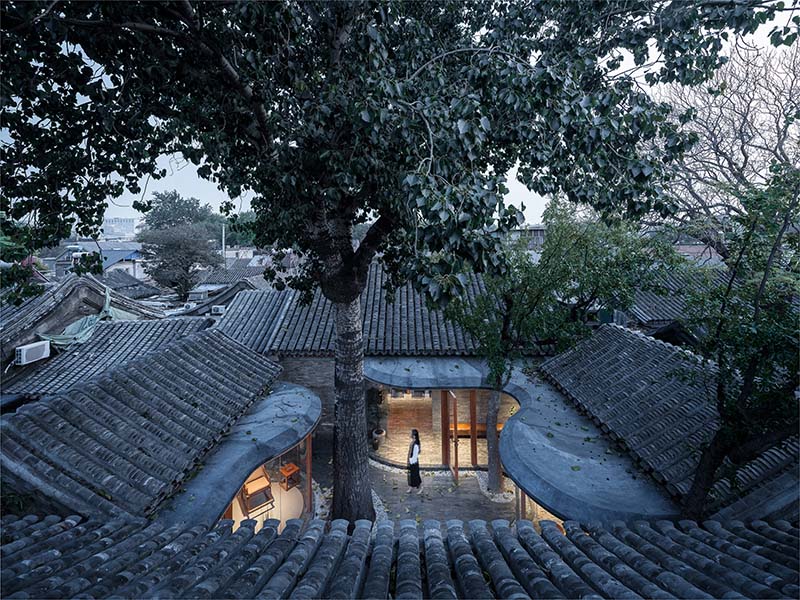 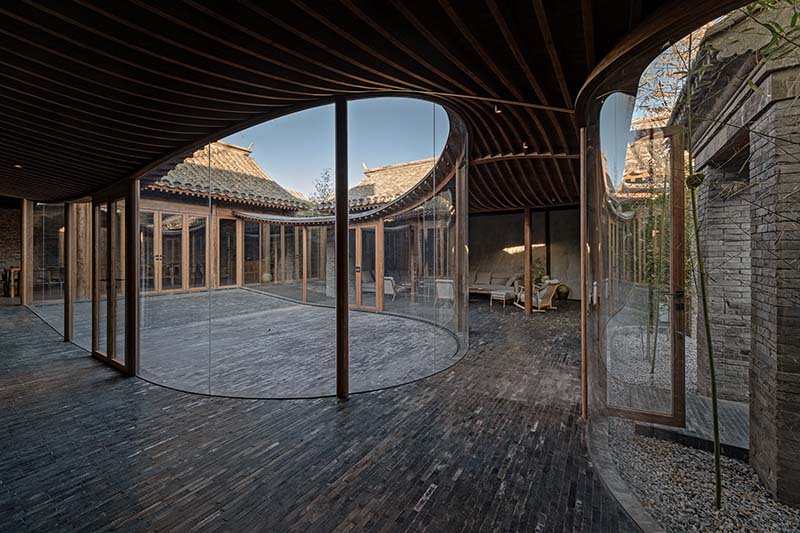 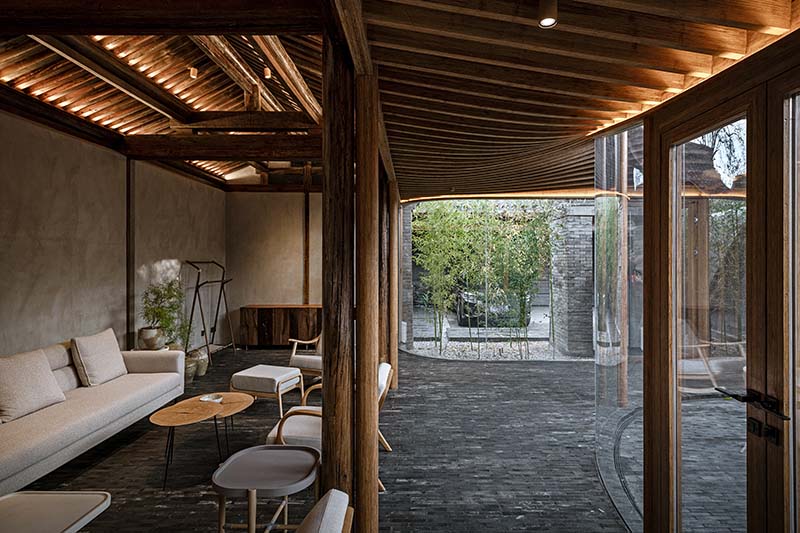 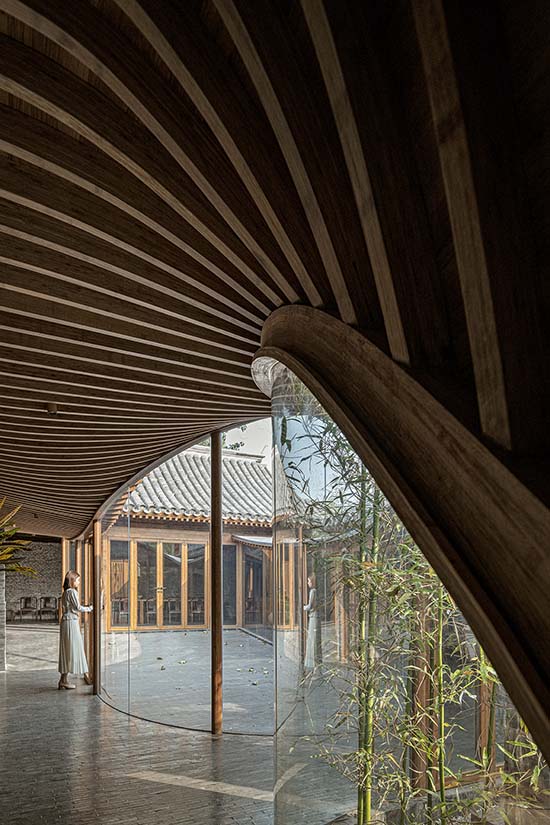 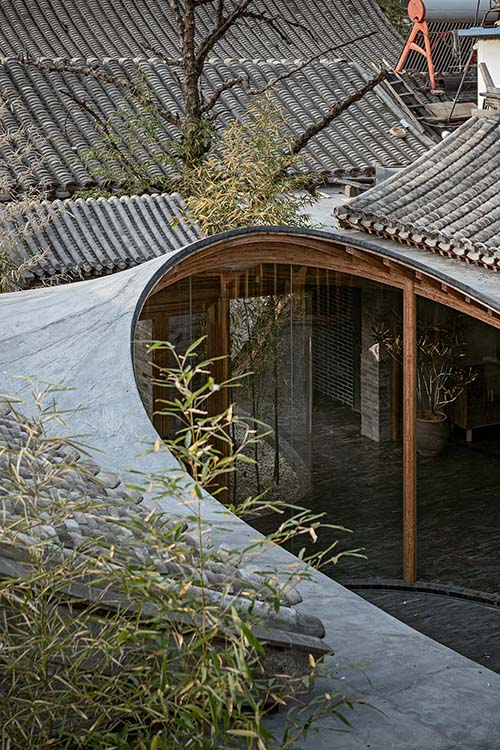 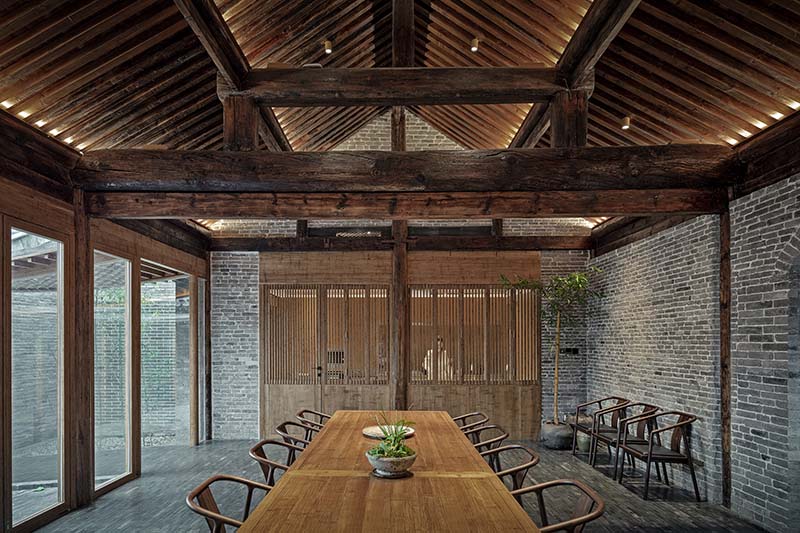 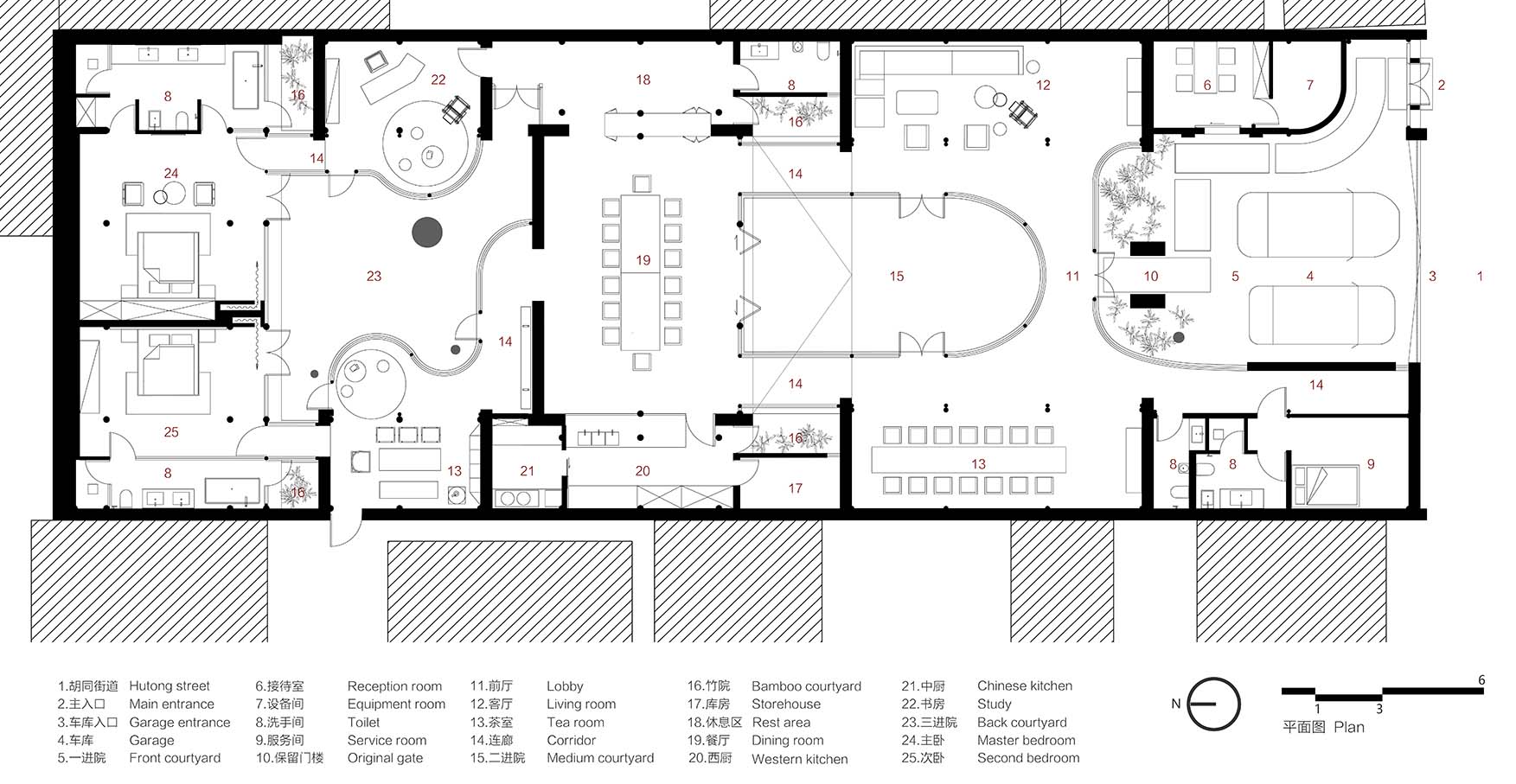