In the foothills of the Canadian Rockies, Calgary’s parks system is built along the backbone of the Bow River, which supplies most of the city’s water. A decade ago, it would have been hard to imagine what the abandoned gravel quarry alongside a stretch of that 365-mile-long tributary would become. Today, transformed into Dale Hodges Park (named for a beloved Calgarian politician), the former quarry comprises nearly 100 acres of integrated park, public artwork, and water treatment serving the northwestern part of Alberta’s most populous city. 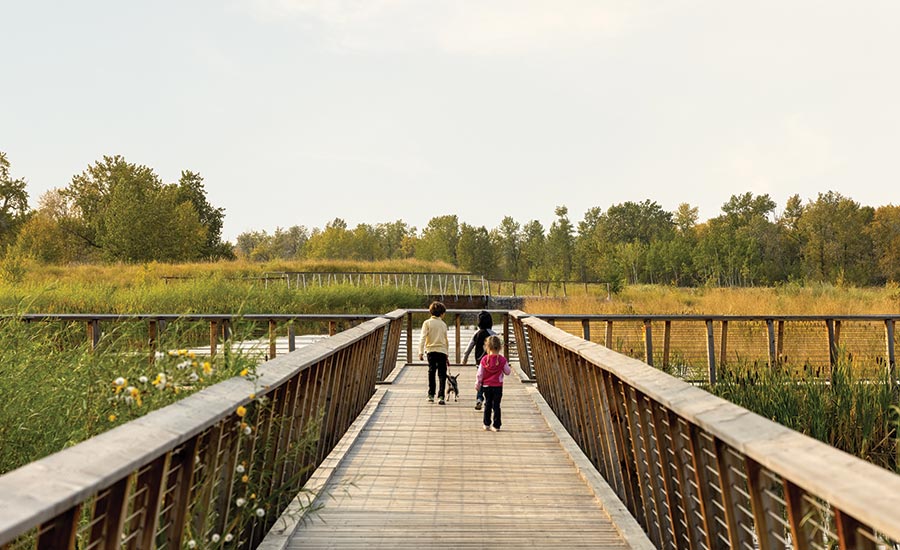 Along the Bow River (top), the design team created riparian habitats in the restored landscape with pedestrian trails and boardwalks (above). Photo courtesy O2 Planning + Design, click to enlarge. 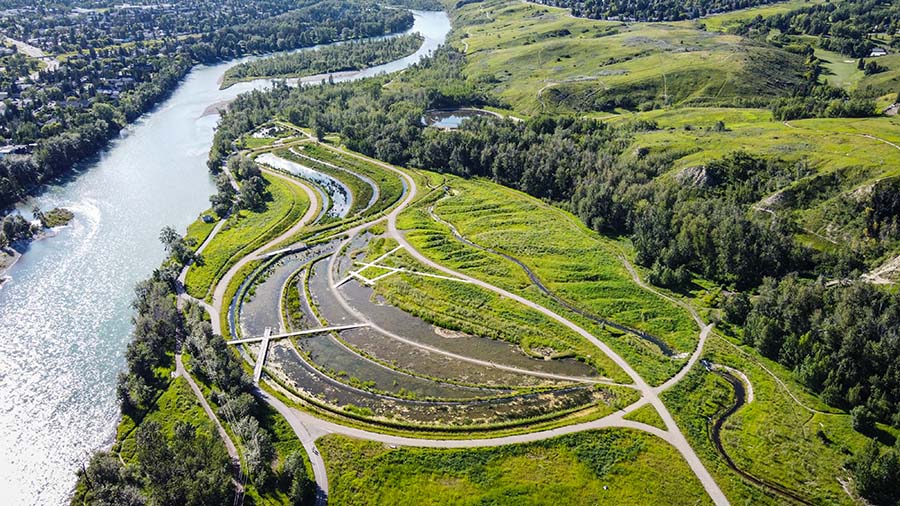 The overall layout was informed by the journey of untreated stormwater through the site, says O2 principal Matt Williams. Starting at a new Nautilus Pond, water is piped in from upstream catchments, and sediment is removed through a gravity-fueled spiral. Then, depending on flow strength, it travels on one of two paths before exiting downstream into the river. Between the pond and eventual outfall, ribbons of meandering marshes, wetlands, and a restored stream lead off from the flow, adding another layer of filtering and providing “breathing room” for the river to expand—an added element of flood protection for the Bow, says Williams. Visitors, too, follow a similar trajectory across gravel footpaths, trails, and boardwalks. The whole project is viewed as an artwork, according to the firm, as a park and a piece of infrastructure all at the same time. 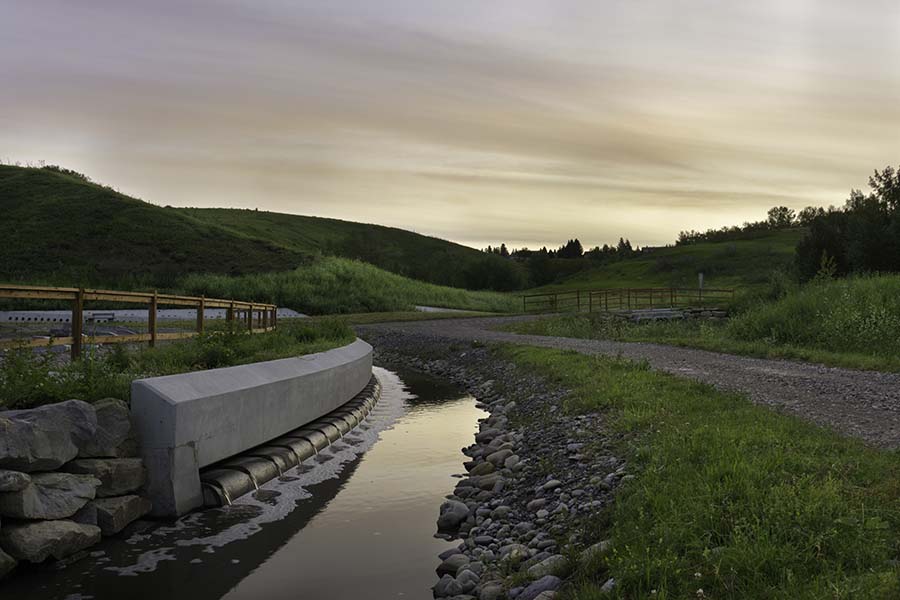 “A lot of the work was preparing the ground to support plant life after the quarry,” says Williams. “There was nothing of ecological value on the site at all.” To enable plant diversity and optimal riparian (shore) habitats for birds and ducks, the landscape architects crafted subtle grading around the wetlands to create different pockets of north- and south-facing exposures. The team planted native species, including dogwood and willow, keeping all four seasons in mind and providing color even during the harsh Canadian winter.

While aesthetic value will always be paramount, notes Williams, public parks “can’t just be pretty places to spend time outdoors—they need to, and can, provide greater benefit to the city.”