Ishtiaq Jabir Rafiuddin’s route to Detroit has been roundabout, to say the least. Born in Bangladesh and raised in New York, he spent five years living in Istanbul—first working for REX, overseeing the construction of the Vakko Fashion Center, and then running a firm that produced renderings for architects. He returned to New York and, after stints at OMA and REX (again), he and a colleague from REX, Tomas Janka, started a small firm in 2015 that designed a helipad in Mexico City and high-end apartments in New York. While he was grateful for the experience, Rafiuddin, now 41, was uneasy at the prospect of devoting his career to serving the top 1 percent. He wanted to do projects aimed at “the fat part of the demographic bell curve,” he says. So when an entrepreneur friend, Philip Kafka, showed him plans to convert an old garage in Detroit into a restaurant, he offered advice and then designed the project, Takoi, in collaboration with Kafka and, for the interior, with Janka. 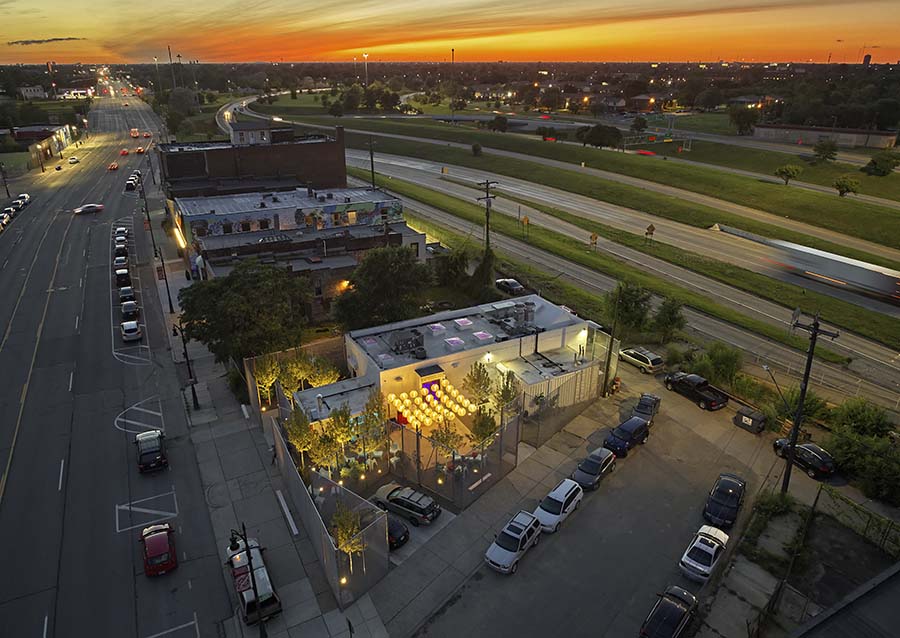 TAKOI: Starting with three walls and the collapsed roof of an abandoned auto-service garage, Rafiuddin renovated the existing structure and added on to it, to create a hip Thai-fusion restaurant. New walls are translucent and equipped with LEDs to provide most of the interior lighting (1 & 2). Photos © Chris Miele, click to enlarge. 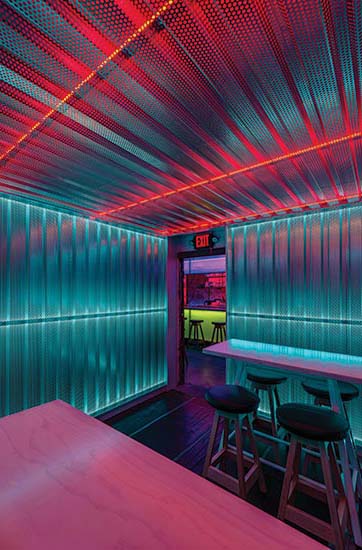 In the wake of its bankruptcy in 2013, Detroit offered great opportunities for people in business and creative fields willing to take risks on a city that had just hit rock bottom. By 2017, there were 70,000 empty buildings, 31,000 abandoned homes, and 90,000 vacant lots in Detroit, according to the Michigan State University School of Journalism. “I felt I could make a contribution there,” says Rafiuddin. “If you have a strong vision and can rethink the way things are done, you can do projects that are affordable to a large part of the population.” Working in Istanbul helped prepare Rafiuddin for Detroit. You have to understand local constraints—in terms of budgets, materials, and construction skills, he says, and use them to your advantage. “When I arrived in Istanbul, we had to throw out all the details we had dreamed up in New York.” But he discovered that he enjoyed working with the client and local trades to make Vakko happen. 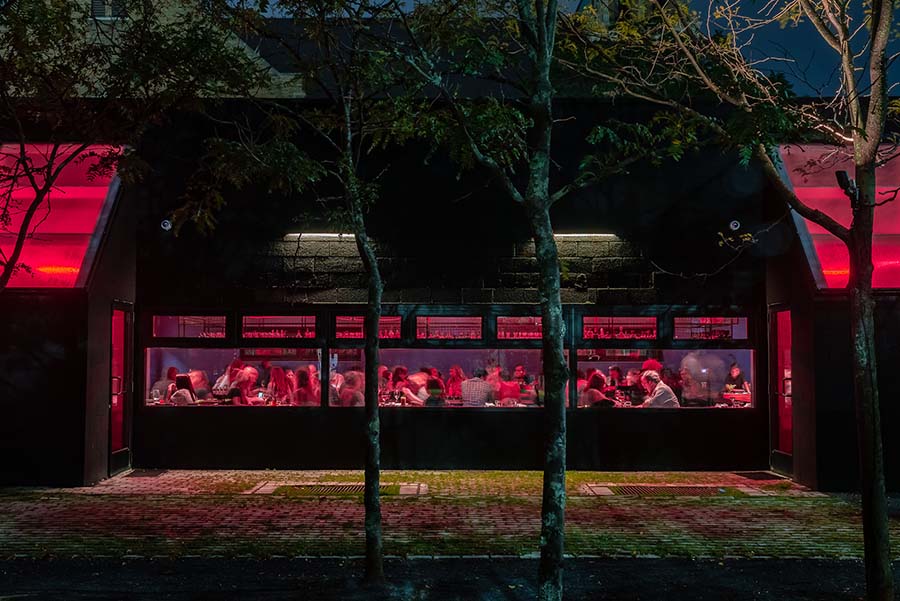 After the success of Takoi, Rafiuddin moved to Detroit and launched his firm, Undecorated. He is now working with Kafka’s company, Prince Concepts, and other clients. Caterpillar, an eight-unit residential development using a prefabricated steel Quonset-hut system, recently opened. It offers an alternative scheme to an earlier project, True North, that Prince Concepts developed nearby, employing the same building system but designed by Edwin Chan’s firm, EC3. While Chan created a village of eight separated dwellings, Rafiuddin designed one long, curved structure with eight units. “It’s like a sushi roll,” jokes Rafiuddin. Chan brought daylight in by glazing the two ends of each hut, but Rafiuddin attached rows of rectangular dormers to the arched building enclosure so light comes in from above. Because it’s prefab, strong, and quick to assemble, the Quonset-hut system works well in Detroit, says Rafiuddin. 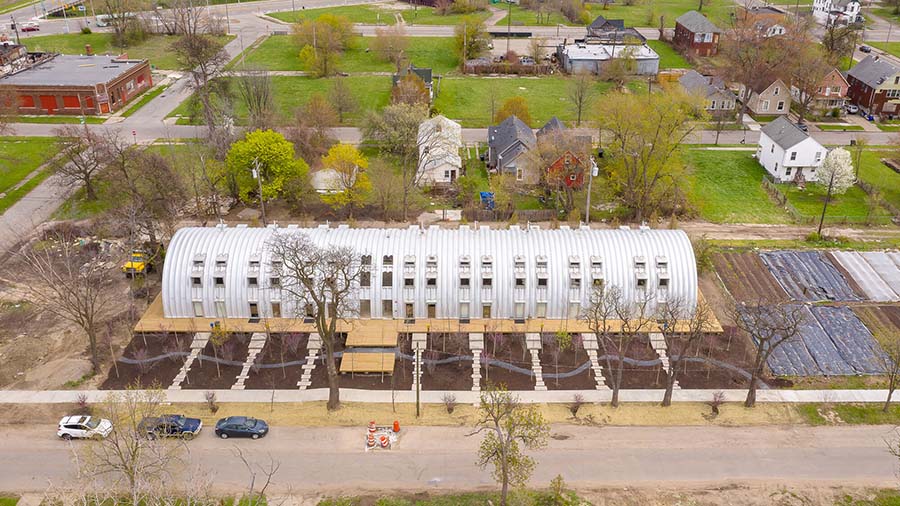 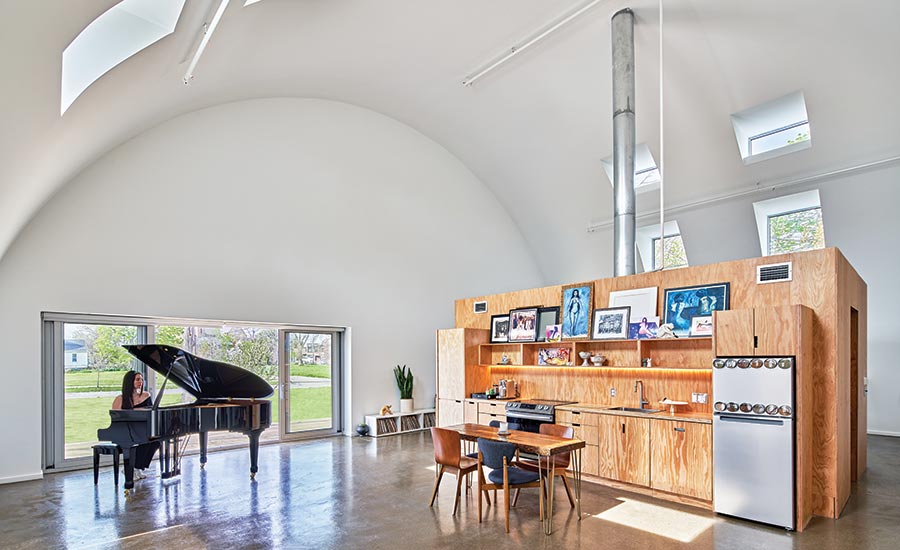 CATERPILLAR: Rafiuddin worked within the constraints of a steel Quonset-hut building system to design a “sushi roll” of eight apartments in one structure. The architect kept the interiors as open as possible to create loftlike dwellings—three small, three medium, and two large units at the ends. Projecting windows bring in daylight (Top, 3 & 4). Photos © Chris Miele (3), Jason Keen (4)

Rafiuddin named his firm Undecorated because his work goes beyond the superficial and aims for the essential. “My projects aren’t glamorous,” he says. “They’re inexpensive and gritty.” He talks about the importance of utility and ceremony in his architecture, explaining the beauty of making things work and elevating mundane activities into rituals that have resonance. 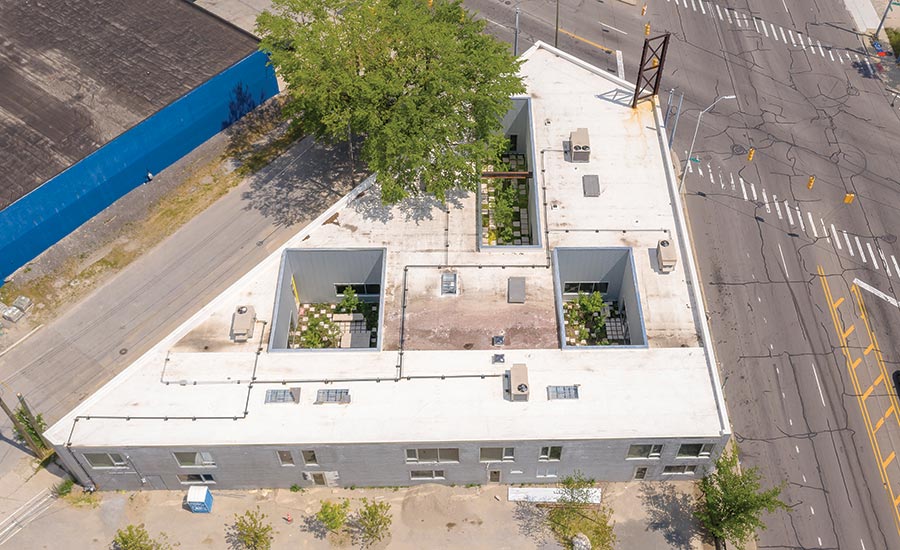 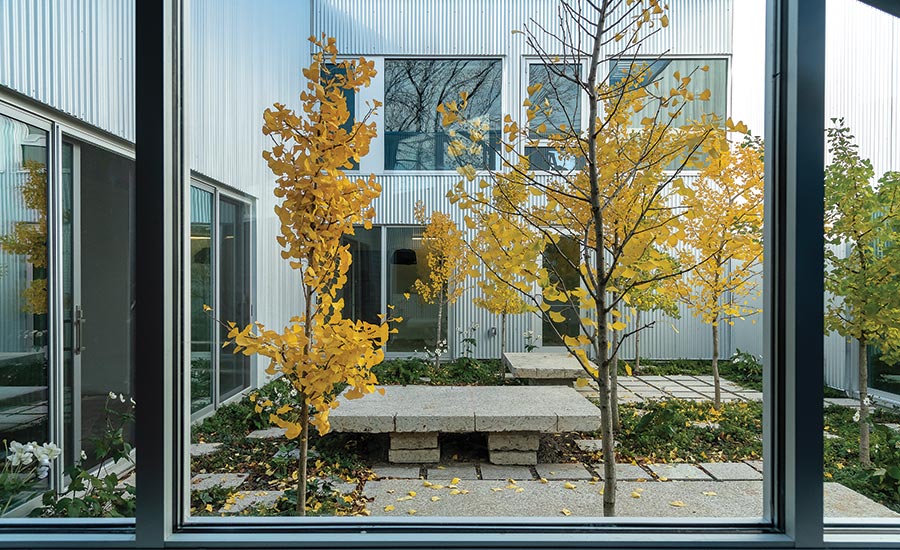 5K: This project involved converting an abandoned big-box store into housing, by carving a series of courtyards from the building mass. During construction, a businessperson saw the project and decided to lease all of it as office space. Julie Bargmann did the landscaping (5 & 6). Photos © Chris Miele 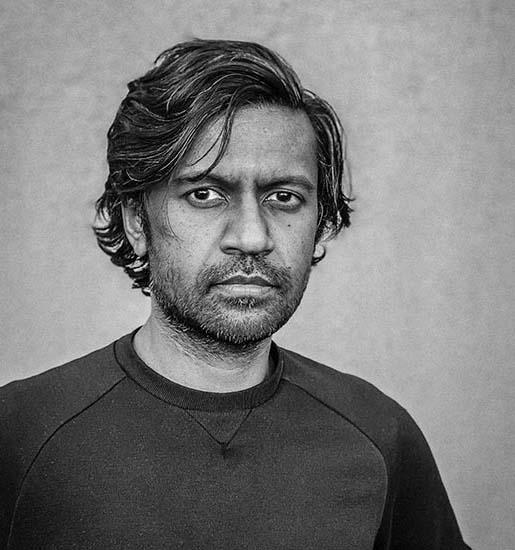 Back to Design Vanguard 2021
KEYWORDS: Detroit