New York City, over its history, has been scrutinized by legions of writers—most recently by the award-winning author Thomas Dyja, whose latest book, New York, New York, New York: Four Decades of Success, Excess, and Transformation, was published last spring. RECORD asked Dyja what he thinks the future holds—or should hold—for the city.

Beach blankets stored, kids back in school, September traditionally marks the season of beginnings in New York, when fat fall previews tell us what we’ll be wearing, watching, and reading as the nights get longer and the air takes on a chill. Openings are attended, sweaters dug out of drawers.

But this isn’t just another September, and this isn’t the same New York.

Of course, it never is. Change is the nature of cities. Between Ed Koch’s inauguration as mayor in 1978 and Mike Bloomberg’s departure from office in 2013, New York went through three evolutions—Renaissance, Reformation, and Reimagination, each bigger, cleaner, and in its own way meaner than the one before. Pandemic and protest have announced the next, and with Labor Day still the semi-official city restart, Delta be damned, things are about to get real in New York. Hopefully that’s what’s coming finally: Realism.

One reality is that New York is not dying. The city was declared dead in the 1970s, the ’80s, the ’90s, after 9/11, 20 years ago, and after the financial crisis in 2008, and, each time, it clawed back. If a slightly dented, slightly sadder New York isn’t for you, so be it, but it should be obvious by now that narratives of urban collapse are driven largely by racist political agendas, and it’s happening again today. The 2020 Census put the city’s population at 8.8 million, up more than 600,000 from 2010, and crime is actually down from last year, according to NYPD statistics. So New York won’t be melting away any time soon, if only for the terrifying fact that the climate crisis will force billions more into the world’s cities, where almost 70 percent of the world’s population will live by 2050. So, even after the pandemic, the most pressing urban challenge remains sustainability. How can we manage the impacts of climate change and the ongoing uncertainty of Covid while creating a truly pluralist, democratic society?

A year of discussing inequities and vulnerabilities, of mourning 33,000 dead, made it seem as if New York was sincerely ready to try. And then the coup attempt in Washington, the vaccines, and our wary reemergence into a lame duck summer at City Hall. After months of rhetorical ping-pong—more police or no police; please the rich or eat them—the June mayoral primary left us with the moderate, African American Democrat Eric Adams as the November favorite in this Democratic town, and the lingering question as to whether we’d voted for real change or more of the same, just in a new way.

As it got hotter, our collective desire to party again, to make money again, to argue politics without actually doing anything again kicked in. Now when newspapers tell us with a cheery headline that apartment prices are back up to pre-pandemic levels, I don’t know whether to laugh or cry.

We cannot let this moment pass. The biggest reality New York City must face is that life before the pandemic isn’t something we should—or can—return to. Ed Koch liked to tell about the woman who asked him to make New York the way it once was. “Lady,” he replied, “it was never that good.” And in a city born from a dodgy land deal, the change needs to begin with real estate and building. Over the last half century, New York traded the bulldozers of Robert Moses and urban renewal for the supposedly virtuous cycle of encouraging pretty much every development in the name of harvesting tax revenue. Back when the fiscal crisis was still a tender bruise, you could argue this made sense, but now it’s simply an addiction that no one wants to break. An ’80s-era Request For Proposals once issued by City Hall sums it all up: the first consideration for the winning bid would be the amount. And the last? “Overall benefit to the city.”

Well, we need to put the good of the city first now. The problem isn’t that we’ve built too much; New York will always need new construction, big buildings, and big plans. The problem is that we haven’t built enough of what we actually need, and that’s housing. Since the late ’70s, the city has added roughly 1.3 million people—the entire population of Dallas—but only about 600,000 new units, and that’s not taking into account how many others were demolished or are prohibitively expensive for most New Yorkers. Residential real estate reset during the ’90s, all but pricing out the middle and working classes, and turning what had been a push for long-term, stabilizing investment into pure speculation. As City Hall subsidized, abated, tiffed, and otherwise coddled developers to produce the few trickle-down affordable apartments they promised, rent controls were eroded, entire communities were fed to the brokers, and NYCHA (the New York City Housing Authority) fell apart. Mayor Bill DeBlasio claims to have financed around 150,000 units of affordable housing in his term, but low residential vacancy rates, overcrowding, and glacially paced approvals for builders remain the norm. Despite temporary eviction protections, expect more homelessness, more bankrupt small landlords, and more “market-rate” high-rises.

Unfortunately, when “the market” is open only to millionaires, “market-rate housing” does little to help. These past 40 years have been built on the fantasy that “the market” is the only solution. City Hall should have a positive relationship with developers, but it shouldn’t be better than the one it has with the people of New York, and it certainly shouldn’t be at their expense. In fact, the most productive decision Koch ever made was to simply give land away. His housing initiative offered cheap land to community developers and connected them with building capital, bringing neighborhoods back to life with low- and middle-income housing, filling streets with people and windows with light. It’s impossible to calculate just how much that investment not only saved but made for New York, and it’s at least as responsible for the collapse of crime in the ’90s as anything the police did. Reducing the inequalities that threaten our democracy, creating diverse neighborhoods, an integrated school system, and fair delivery of services all require not just fast-tracking more housing, but also encouraging non-market options like mutual housing, limited-equity coops, and community land trusts. We don’t need another massive arts venue; we need another Westbeth Artists Housing. I’ll trade you former Governor Cuomo’s Penn Station complex for another low-cost co-op housing development like Penn South, just a few blocks away.

While some architects and builders do actively confront the technical and ethical challenges of climate change and social justice, others lend their brilliance to the visible inequity that’s made this city sick. Firms whose websites profess their humanism and commitment to sustainability also somehow find their way to circumvent zoning rules on supertalls built on gerrymandered air rights. When it comes to public space, put the calculated whimsy of vanity parks aside and put the people who live here first. All together, some half a billion dollars were spent on the now-closed Vessel and Little Island (both designed by Thomas Heatherwick) while New Yorkers battled to restore $80 million to the 2022 Parks budget. A century of modernism may have shown us the limits of what the built environment can actually do to change society for the better, but that doesn’t mean we should stop trying.

Fall in New York is about promise, but it’s also profoundly realistic. All those previews describe how we’ll harvest creativity to light the winter ahead. Thanksgiving asks us to make sure everyone has enough, and that’s how this city will survive, by making sure we all have enough. I hope we’re starting not just another new season this September, but the beginning of a better New York. 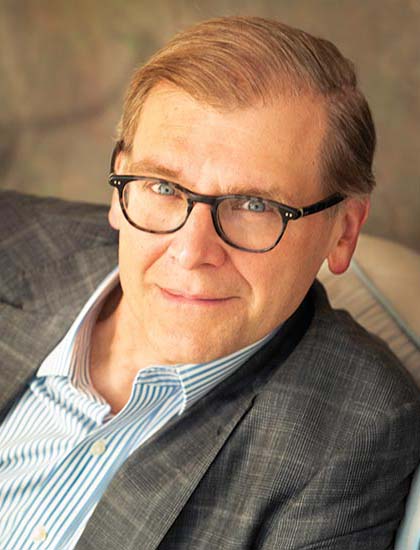 City Hall should have a positive relationship with developers, but it shouldn’t be better than the one it has with the people of New York, and it certainly shouldn’t be at their expense.