Interior designers press to get right to stamp drawings, eliciting pushback from architects

“What kind of world would we live in if doctors prevented the independent practice of registered nurse practitioners” because they perform some similar services without having received precisely the same training? With that rhetorical question, organizations representing interior designers demanded that a letter from six state chapters of the AIA to the national AIA about interior designers be retracted. That letter -- signed by the presidents of the New York, New Jersey, Pennsylvania, Texas, Florida and California chapters -- questioned the motives and qualifications of interior designers who, it said, “are seeking to infringe on the practice of architecture” and urged the national AIA to take a hard line against any expansion of interior designers’ rights.

The tension between architects (the great majority of whom are men) and interior designers (the great majority of whom are women) has simmered for decades. Currently, the AIA opposes “practice or title regulation of individuals or groups other than architects and engineers for the design of buildings.” But two events last summer brought the issue to a boil. On July 1, NCARB, the National Council of Architectural Registration Boards, retired a 20-year-old resolution in opposition to interior design licensure and regulation. A few days later, the North Carolina legislature passed a sweeping bill that gives interior designers the right to stamp, or put their seal on, drawings in most cases. Those two events “have reignited concerns of similar legislation being “pursued across the country,” according to the August letter from the six AIA chapters. “We must question if this national campaign by interior design organizations is truly motivated by the same ethical and professional values that we work to uphold and advance at the AIA.”

The recipient of the August letter, the national AIA, has assembled an Interior Design Task Force to look into architects’ relationship to members of that profession. Joseph Simonetta, the executive director of the New Jersey AIA chapter, said that he had rejected several early drafts of the letter (which was prepared by his counterpart in New York State) before recommending that New Jersey chapter president Joshua Zinder sign it. “I would not support anything that undermines the architect's primary role in building structural safety,” he said. “But early drafts of the letter were not in keeping with our position of flexibility. It is time for the AIA to take a look at its policy.” 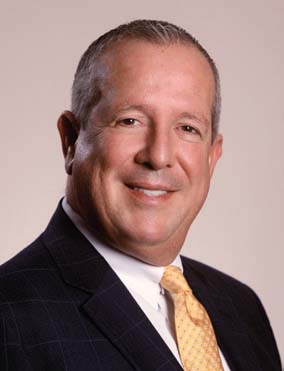 “I would not support anything that undermines the architect’s primary role in building structural safety.”
— Joseph Simonetta
Executive director of AIA NJ

Abigail Shachat, a New York-based interior designer, studied design at Cornell and Cranbrook and worked for several architecture firms before starting her own office, AJS Designs, which often manages interior renovations. Based on her experience and training, she says, she should be allowed to stamp non-structural plans, perhaps after passing a licensing exam for interior designers “that covered the critical areas that architects are tested on.” Currently, she said, “My office prepares all the necessary drawings and pays architects to stamp them. I think interior designers are being lumped together with interior decorators, whose focus involves furniture, finishes and accessories.”

Of course, if interior designers can stamp their own plans, they won’t have to rely on architects to do it, which could hurt some architects’ bottom lines. Sarah Levine, president-elect of the New York chapter of the International Interior Design Association), said, “We don't see that as a concern because interior designers have client relationships they can bring to architects. We see it as more of an opportunity and an exchange for more potential work. We see the future as a collaborative environment.” 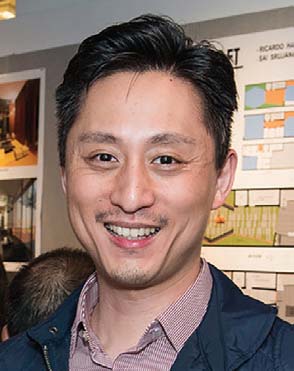 “I truly felt that the NCIDQ [exam] covered health, safety, and welfare topics adequately to prepare a certified interior designer to protect the public as a professional.”

Lu, an AIA member for 15 years, said he was motivated to get involved because of the tendency of the AIA “to make “inaccurate statements about the qualifications of certified interior designers.” Having gone through the training and examination process himself, he said, “I truly felt that the NCIDQ covered health, safety, and welfare topics adequately to prepare a certified interior designer to protect the public as a professional.

Twenty Over Eighty: Conversations on a Lifetime in Architecture and Design