The future of Marygrove College appeared grim in 2016, when the Detroit institution reached out to the Kresge Foundation for help in navigating its financial straits. Although the Troy, Michigan–based foundation could not prevent the Catholic college from shuttering undergraduate courses, it launched a multi-organization collaboration to reinvent the 53-acre campus as a learning center for the Livernois-McNichols neighborhood and surrounding communities that have not experienced the same revitalization as Detroit’s CBD and Midtown areas.

The new facility comprises a wedge-shaped plan punctuated by three courtyards, its low profile energized by a zigzagging roofline and striped facade. “One-story is standard for a lot of educational buildings, from the standpoint of universal design and control,” Blackwell says of the design’s origins. While convention would have also dictated maximizing daylight by way of a bar-shaped plan, the Fayetteville, Arkansas–based studio had to nestle 28,000 square feet immediately east of the high school. “It could not be long, so we had to go with a mat building,” Blackwell recalls. To create that mat, the architect and his team coiled the hypothetical bar volume onto itself so that every classroom enjoys outdoor access. Folded planes and asymmetrical light monitors deliver additional sunshine into the EEC. 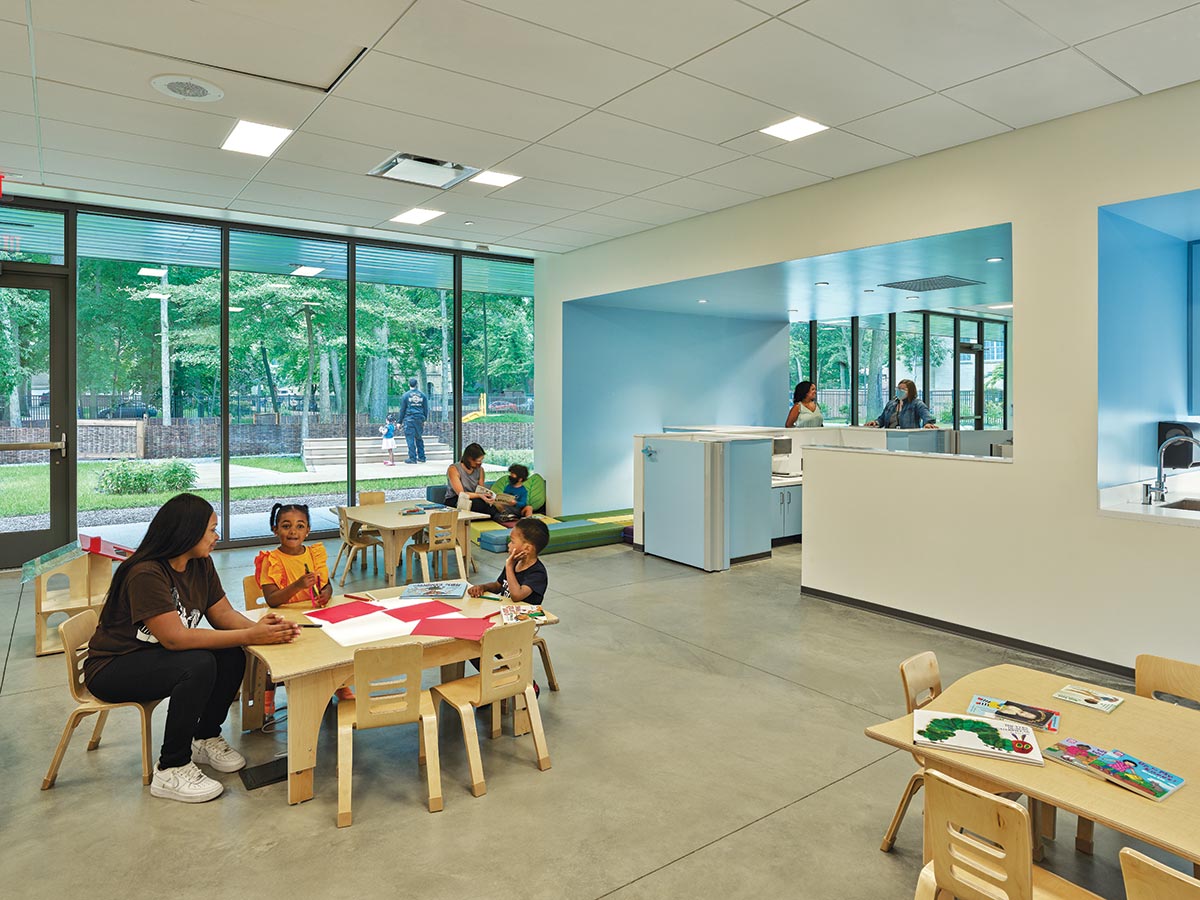 The preschool (1) and most rooms open to the outdoors (2 & 3). Photos © Timothy Hursley, click to enlarge. 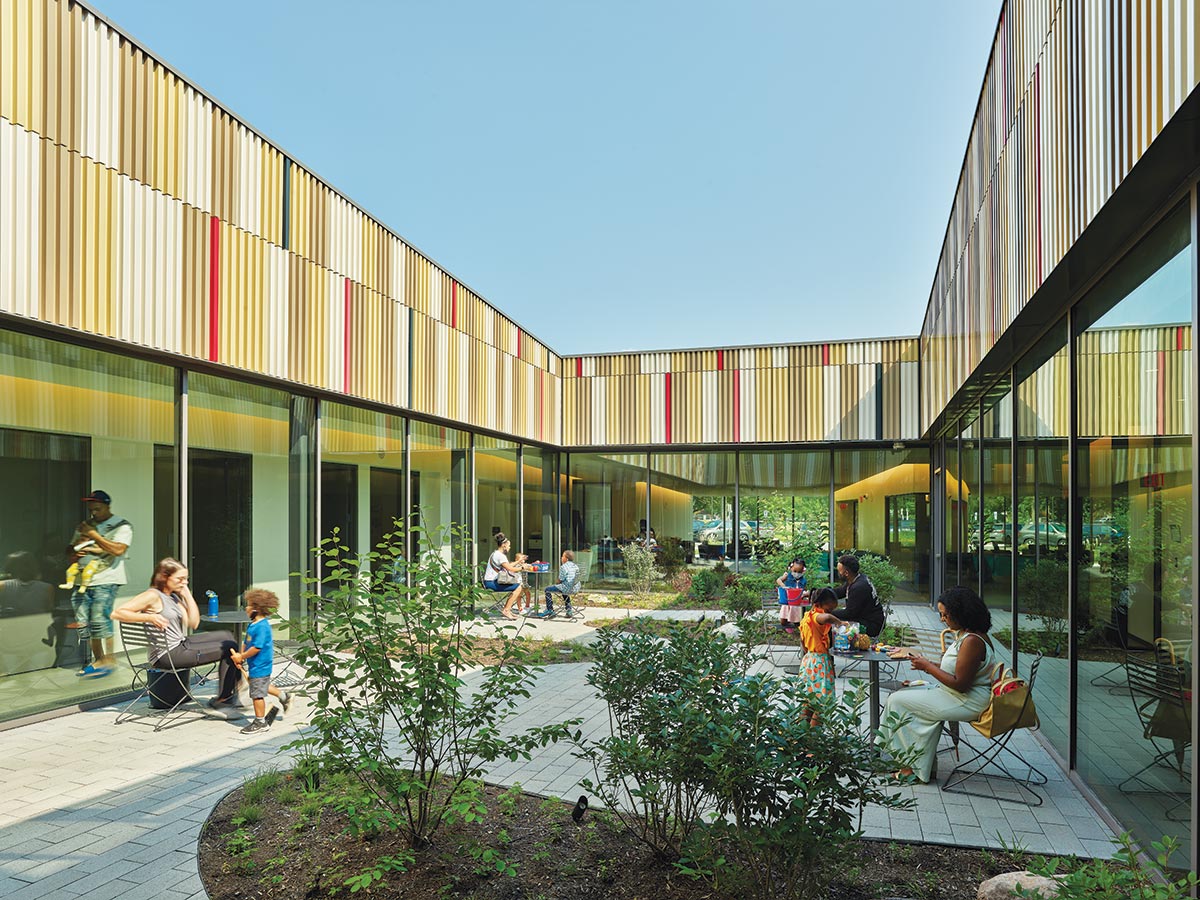 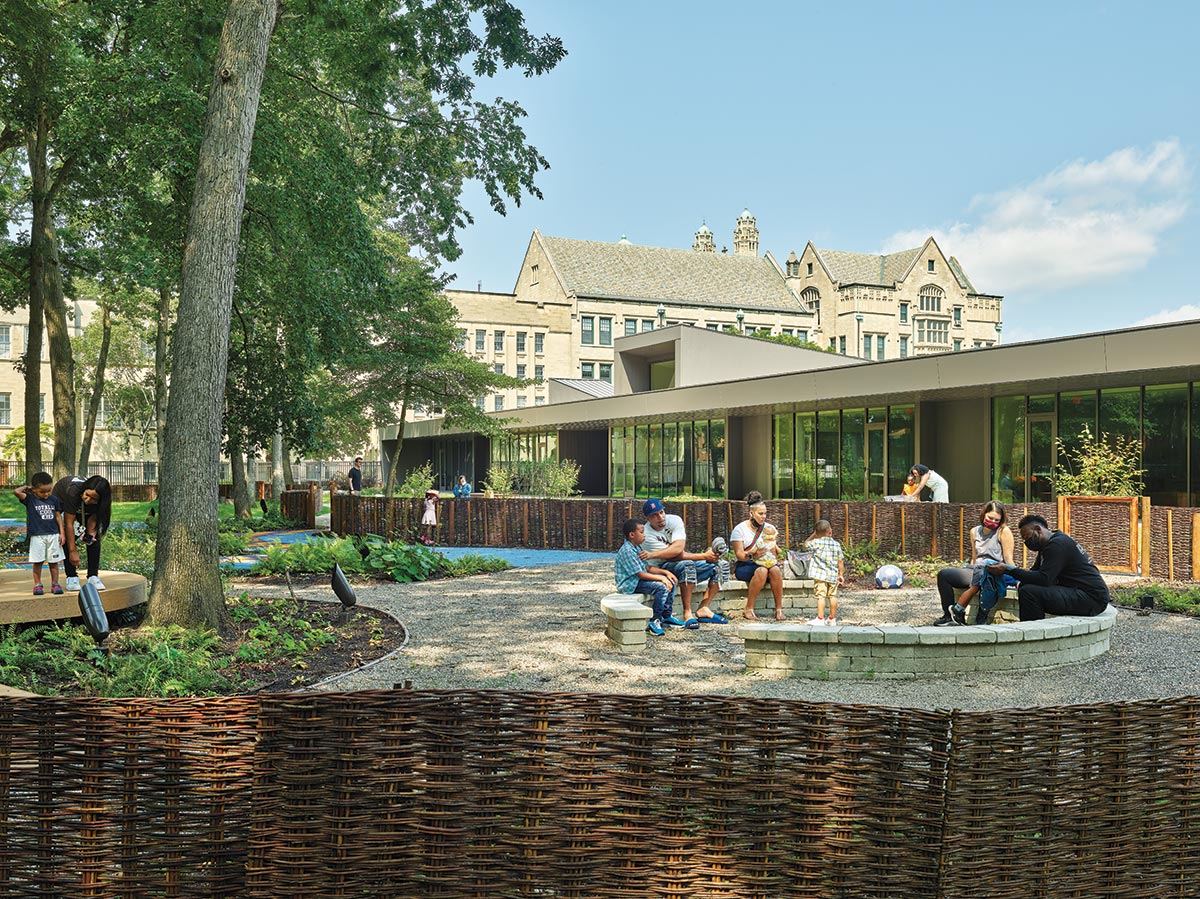 Manipulating the form also allowed Blackwell to vary the scale of the rooms, in response to each one’s function and the age of the child occupants. “Schools are often uninspired, overly diagrammatic, repetitive spaces; we were able to challenge an impoverished building type,” Blackwell says.

The architect adds that Kresge, as well as the Illinois Facilities Fund (IFF), a Chicago-based nonprofit tapped by the foundation to develop this project, wanted to push the design envelope. He initially anticipated cladding the EEC in a timeless material like brick or copper, but the client thought a uniform skin would have a corporate appearance. Kresge’s Detroit Program, in particular, wanted to send a message of inclusivity. Today, a glazed terra-cotta rainscreen interprets the stone and brick colors of nearby buildings as a series of vertical stripes that also evokes the work of the Gee’s Bend Quilting Collective in Alabama, which Blackwell says celebrates the Great Migration’s impact on Detroit history: “It suggests that you’re as valued as the kids over in Grosse Pointe,” he notes, referring to the nearby well-to-do suburb.

Since 2017, when Marygrove terminated its undergraduate and graduate program, more than 500 other colleges and universities have shut down nationwide. Yet Marygrove’s transformation suggests a path forward that may well prevent a college campus from becoming the next dead mall. Currently on the Marygrove site, the renovation of a defunct girls’ academy into a K-8 public school is under way by the Ann Arbor–based firm PLY+, and the University of Michigan has begun a unique teaching residency here that is structured like a medical-school program. Kresge estimates that its commitment to the campus will eventually total approximately $75 million, making it the largest philanthropic investment in a Detroit neighborhood in the city’s history. 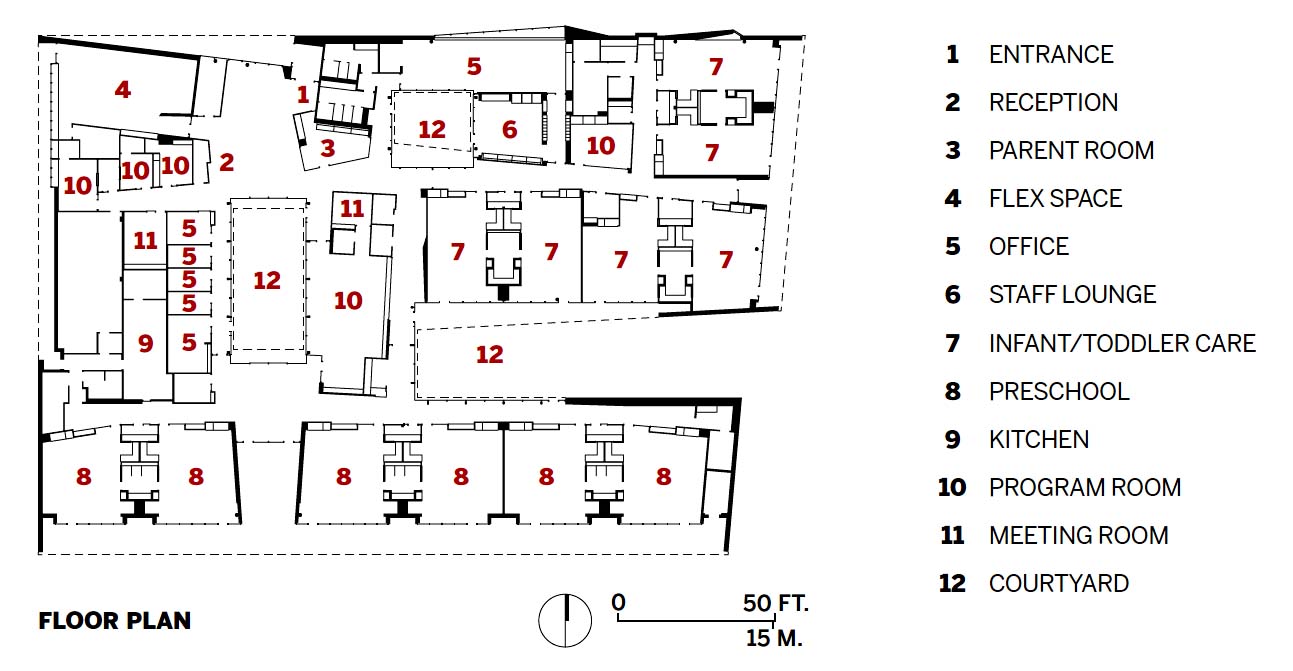