During the past few years, conflicts over trade, human rights, Hong Kong, and the status of Taiwan have soured relations between China and the United States. At the same time, the ongoing pandemic has severely restricted travel, further fraying ties between the world’s two largest economies. This increasingly fraught situation has made it more difficult for some U.S. architecture firms to work in China, where there appears to be a growing chill and cloud of uncertainty about the future.

While none of the architects interviewed say they have lost jobs due to political tensions, they are navigating a more complicated business landscape. “We haven’t experienced any reduction in work in China, but there are more hoops we have to jump through now,” says Li Chung (Sandi) Pei, a co-founder of PEI Architects (formerly Pei Partnership Architects) with his brother Chien Chung (Didi) Pei. “The approval process is more complex now,” adds principal Toh Tsun Lim. The firm is relying more on their collaborators, the local design institutes (LDIs), who are closer to the government approval agencies. 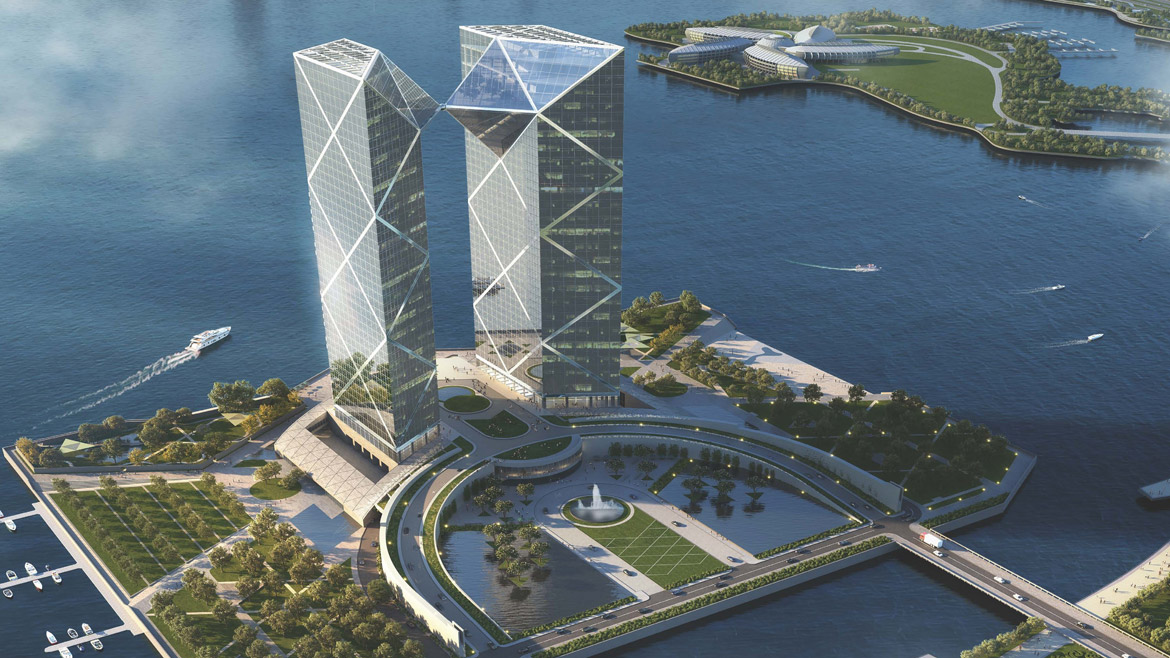 Several architects note the growing caution of Chinese clients who, not long ago, challenged foreign architects to produce daring designs but now are more buttoned-down and slower to push projects forward. While that may be in part due to the cooling of China’s economy, it also reflects the negative reaction of the authorities against the kind of extravagant projects that once garnered so much international attention. In 2014, President Xi Jinping famously said, “No more weird architecture,” and that admonishment has increasingly made local developers wary.

So, as China becomes less receptive to progressive design, “The issue is not the availability of projects but whether there are projects worth engaging,” says one American architect who lived and worked in China for five years but returned about six years ago and now runs his own firm. His recent work in China, done from the U.S., has been frustrating as government agencies have thrown up obstacles to creative approaches. “The Chinese authorities have become more dogmatic to party lines,” he says. “Innovations seem less encouraged and are often superseded by larger, social-political agendas that are not directly related to the singular concerns of individual projects.”

Certain building types are particularly affected. “Super-talls and mega-buildings are looked at more skeptically,” says Lim. For the first time in five years, the tallest building completed in the world was not in China in 2020 (the most recent year recorded by the Council on Tall Buildings and Urban Habitat). While China still accounted for more than half of the buildings 200 meters or taller that year (56 out of 106), its output slowed, down from 57 in 2019 and 92 in 2018. Then last July, China banned the construction of buildings taller than 1,640 feet (500 meters), after the 72-story, 958-foot SEG Plaza tower in Shenzhen by Hua Yi Designing Consultants began to wobble and was closed temporarily. Now any building proposed taller than 820 feet (250 meters), requiries special permision.

At the same time, high-profile business failures in China, such as the recent default on some debts by giant developer China Evergrande, have made Chinese lenders more cautious. Other developers, including Kaisa Group, China Aoyuan Property Group, and Fantasia, have also faced difficulties recently as the government tries to reduce speculation in housing projects. 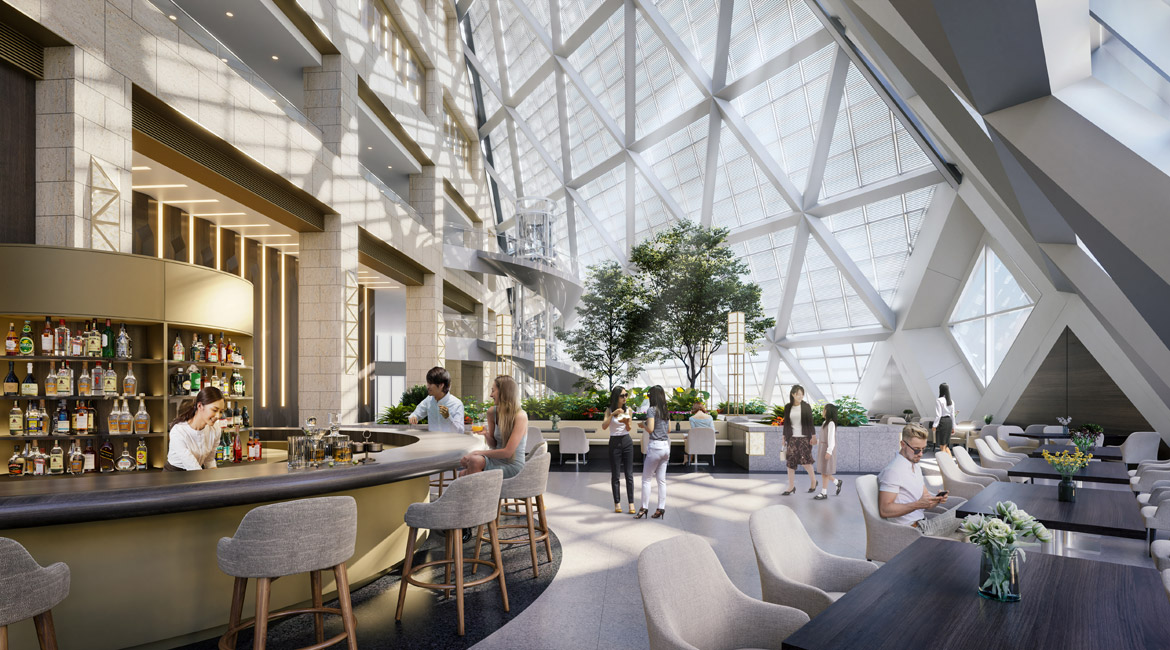 Yet opportunities remain, especially in nonresidential construction. PEI is working on two large jobs for the Bank of China—a 1.9 million-square foot complex in Shanghai and a 1.1 million-square-foot financial center in Haikou, both now under construction. It has helped, of course, that the firm has a long-established relationship with the client: the Pei brothers worked for their father, I.M. Pei, on the Bank of China Tower in Hong Kong in the 1980s.

And some firms without such a legacy are succeeding surprisingly well, too. Contemporary Architecture Practice (C.A.P.), a New York-based firm run by Ali Rahim and Hina Jamelle, won a 4.8-million-square-foot, mixed-use project in Chongqing in December 2020 and is moving forward with it. The practice, which was a RECORD Design Vanguard firm in 2004, has an office in Shanghai with about 10 employees. The architects have created the master plan for the West District of the Lijia Smart Park Innovation Center, as well as the designs for the development’s eight office towers, four research-and-development buildings, and a Big Data Museum. Zaha Hadid Architects, Aedes, and Gensler are designing other parts of the sprawling Lijia complex, being developed by Chongqing Liangjian New Area Group. 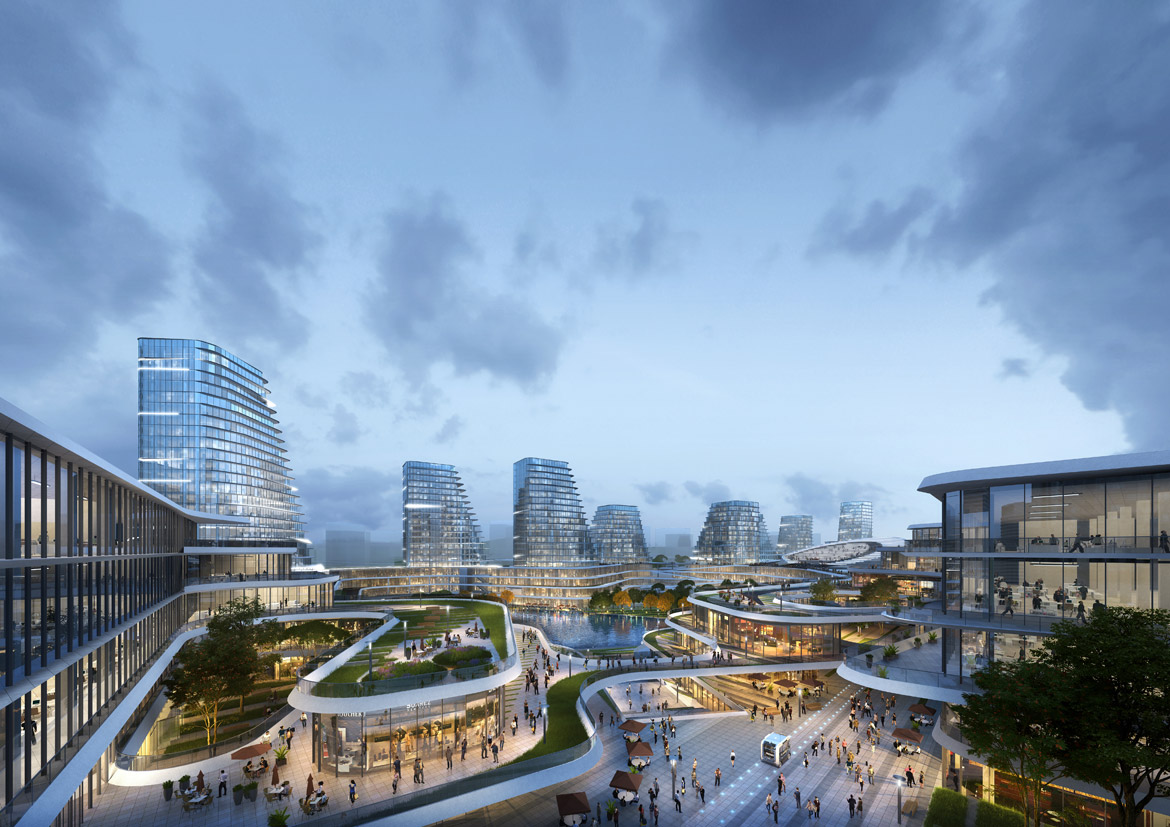 C.A.P. also designed a 250,000-square-foot headquarters in Nanchang for Advanced Micro-Fabrication Equipment Inc. China, a company that makes machines used to produce micro-chips, now under construction. Private clients in China “are still looking for architectural innovation,” according to Rahim. “This is why we’re getting projects,” says Jamelle.

Eric Phillips, a partner at NBBJ, recently ventured to China for five weeks, quarantining for two and then spending three weeks in the firm’s Shanghai office. He hasn’t seen Chinese clients hesitating to hire U.S. firms and says NBBJ remains as busy as ever. The firm has 50 active projects in China—about 15 under construction and the others on the boards. Roughly half are corporate headquarters, 35 percent are commercial office complexes for private developers, 10 percent are healthcare facilities, and 5 percent are urban design jobs. “We’ve done pretty well during the pandemic,” says Phillips, citing strong relationships with key clients such as the tech company Tencent and the e-commerce giant Alibaba.

Other American offices that continue to be busy in China include Perkins&Will. “We’re always concerned that the geo-political situation might affect us,” says Richard Marshall, a principal and managing director of the firm’s Los Angeles office. “But we haven’t really seen that in China.” 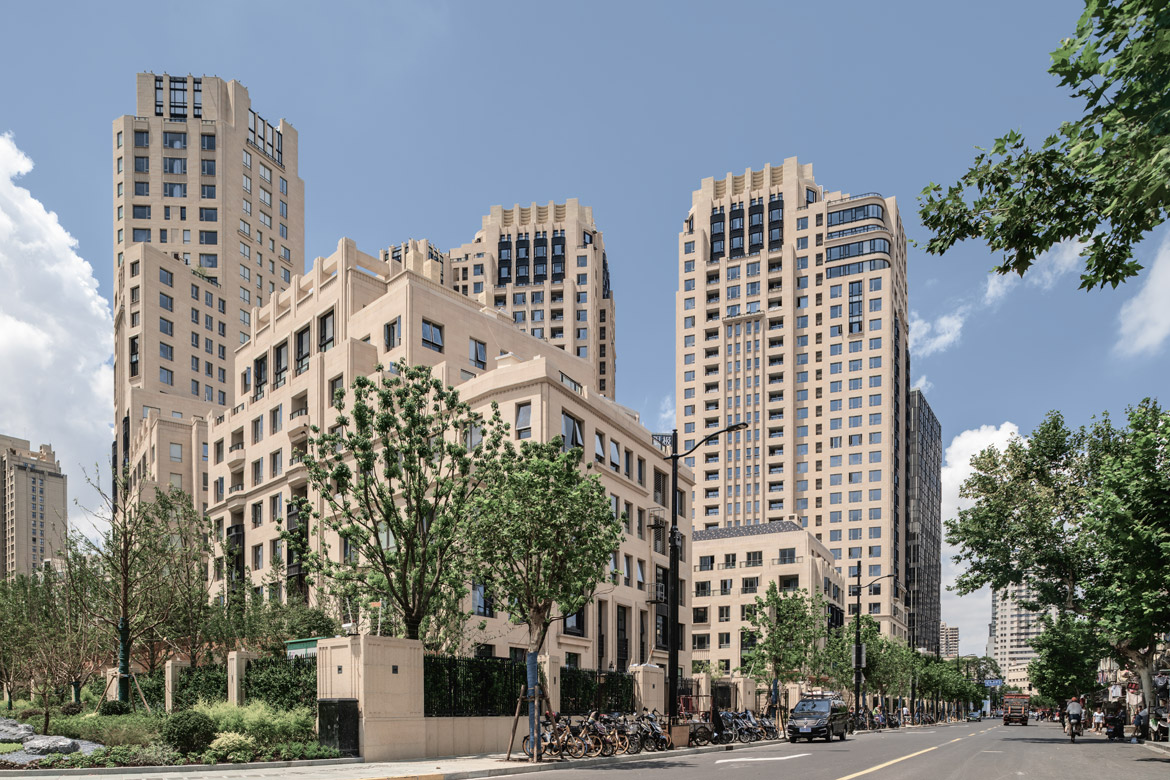 And for large urban planning projects, many Chinese clients seek American expertise, says Paul Whalen, a partner at Robert A.M. Stern Architects (RAMSA). “The Chinese love New York City and see it as a model for combining high-rise and lower-rise buildings,” he says. A large, two-block development in Tianjin, planned and designed by RAMSA, is nearing completion, and an eight-building complex outside of Macau is also underway. While the firm has seen its luxury residential business in China slow down in the past four years, there are still some developers building the kind of high-end apartment projects that the firm specializes in.

Under President Xi, the Chinese government is pursuing a “dual circulation” policy—encouraging the growth of domestic businesses while also participating in the international economy, says NBBJ’s Phillips. As a result, there are greater opportunities for Chinese architects, especially as they have acquired skills in the last decade or so that were formerly found only at foreign practices.

“China’s expertise in high-rises and large projects is growing,” says Paul Tang, the first director of the University of Southern California’s American Academy in China, who now runs Verse Design LA in Los Angeles and does work in China. “So the window for American architects in China is closing.”

As the Omicron variant extends the coronavirus pandemic into a third year and China maintains its zero-Covid policy, no one expects frequent travel and in-person meetings to return anytime soon. And no one sees a significant thaw in official relations between China and the U.S. in the immediate future. But the last two years have shown that while some American architects can adapt to more difficult circumstances and stay engaged in China, others see that, for the long-term, opportunities there may be fading.